Hillary Clinton emerged from Tuesday night’s inaugural Democratic debate in Las Vegas the clear leader in her party’s field. As Democrats attempt to hold onto the White House in 2016, polling demonstrated a revitalized Hillary campaign, which had been in the doldrums for months due to the ongoing scandal about her misuse of email as Secretary of State.

Mounting talk of Vice President Joe Biden entering the race–to take the place of an ailing Hillary–has dissipated in the wake of the debate, where Ms. Clinton dismissed the email issues as Republican-driven political theater. That Senator Bernie Sanders vigorously backed Ms. Clinton on the point helped her cause, as did her brusque dismissal of Lincoln Chafee’s efforts to raise the issue again, which got raucous applause from the crowd.

It’s evident the Democratic base agrees with Ms. Clinton that her emails are just GOP theatrics. President Obama reflected the sentiment in an interview with 60 Minutes airing two days before the debate, during which he allowed that Secretary Clinton had “made a mistake” with her email but it “is not a situation in which America’s national security was endangered.”

Though the White House soon walked back on some of the president’s statements, which seemed to many to be inappropriate West Wing commentary regarding an ongoing FBI investigation, it’s apparent that the Clinton campaign and the Obama team have united around a message: this issue is fundamentally contrived by Republicans, and is certainly not a threat of any kind to national security.

Democrats unsurprisingly find this take congenial, but it’s less clear if other Americans consider it persuasive. Naturally, Republicans view Ms. Clinton’s email activities with a great deal of suspicion, but recent polls show even independents have concerns regarding EmailGate and Ms. Clinton’s honesty. While the Clinton camp is now confident the email problems will likely not bar her party’s nomination next summer, the issue may loom larger in the race for the White House next fall.

There’s also the matter of exactly what the FBI is investigating. Recent revelations hint that the compromising of classified information on Ms. Clinton’s “private” email and server was more serious than originally believed. While earlier reports indicated only a small percentage of the sensitive information that “spilled over” onto Ms. Clinton’s personal email was highly classified at the Top Secret level, that may be only a small portion of what was potentially compromised.

Particularly disturbing is the report that one of the “personal” emails Ms. Clinton forwarded included the name of a top CIA asset in Libya, who was identified as such. The source of this information was Tyler Drumheller, a retired senior CIA operations officer, who served as a sort of one-man private spy agency for Sid Blumenthal, the Clintons’ close family friend and factotum whose sometimes long-winded emails, particularly regarding Libya, have generated much of the controversy behind EmailGate.

Mr. Drumheller became a fleeting hero to liberals with his resistance to George W. Bush’s White House over skewed intelligence behind the 2003 invasion of Iraq, but he was never particularly popular at CIA and he left Langley under something of a cloud. His emails to Mr. Blumenthal, which were forwarded to Ms. Clinton, were filled with espionage-flavored information about events in Libya. In many cases, Mr. Drumheller’s reports were formatted to look exactly like actual CIA reports, including attribution to named foreign intelligence agencies. How much of this was factual versus Mr. Drumheller embellishing his connections is unclear.

What is abundantly clear is that the true name of an identified CIA asset is a highly classified fact and intentionally revealing it is a Federal crime, which Mr. Drumheller, a career spy, had to know. Why he compromised this person who was secretly helping the United States – possibly endangering his life in the process — may never be known because Mr. Drumheller conveniently died of cancer in early August.

Libya may have a great deal to worry about since new information continues to show just how slipshod Ms. Clinton’s security measures were for her “private” server. That Ms. Clinton’s server experienced multiple cyber-attacks from abroad, including by Russians, does not inspire confidence that any classified information stored in her emails remained in American hands.

To make matters worse, a recent investigation by the Associated Press demonstrates that even relatively low-skill hackers could have hacked Hillary’s unencrypted server, which was left vulnerable to exposure on the open Internet to a degree that cyber-warriors find difficult to believe. “Were they drunk?” a senior NSA official asked me after reading the AP report. “Anybody could have been inside that server – anybody,” he added.

Since the communications of any Secretary of State are highly sought after by dozens of intelligence agencies worldwide – a reality expressed by Secretary John Kerry recently when he said it’s “very likely” the Russians and Chinese are reading his email, a view that any veteran spy would endorse – Ms. Clinton putting her emails at such risk means they have to be assumed to be compromised. If the more skilled state-connected hackers in Russia can fool even NSA these days, they could have gotten into Hillary’s unprotected server without breaking a sweat.

This makes Mr. Obama’s quip that EmailGate represents no threat to American national security all the more puzzling in its dishonesty. Unsurprisingly, some at the FBI are not pleased the president made this pronouncement before the Bureau completed its investigation. “We got the message,” an FBI agent at the Washington Field Office, which is spearheading the EmailGate case, explained: “Obama’s not subtle sometimes.”

In 2012, while the FBI was investigating CIA director David Petraeus for mishandling classified information, Mr. Obama similarly dismissed the national security implications of the case at a press conference. Although FBI director James Comey pressed for serious charges against Mr. Petraeus, the White House demurred and the Department of Justice allowed him to plead guilty to a misdemeanor, sentenced to probation with no jail time.

Some at the FBI were displeased by this leniency and felt Mr. Obama showed his hand to the public early, compromising the Bureau’s investigation. Is the same happening with Ms. Clinton? It’s too soon to say, though the anger of some at the FBI has seeped into the media already. Comments to tabloids reflect the widespread frustration and fear among federal law enforcement and intelligence circles that Mr. Obama will let Ms. Clinton skate free from EmailGate.

For now, the FBI is pursuing its investigation with diligence, bringing other intelligence agencies into the case, and recent reports indicate that specific provisions of the Espionage Act are being re-read carefully, particularly regarding “gross negligence” – which may be the most appropriate charge that Ms. Clinton or members of her inner circle could face.

It will be weeks, even months, before the FBI’s investigation concludes and the Department of Justice has to decide whether any of the events surrounding EmailGate reach the threshold of prosecution. Many in the FBI and the Intelligence Community suspect the fix is already inside the West Wing to prevent that from happening, but it’s still early in this investigation.

It can be expected that if the White House blocks Hillary’s prosecution during the election campaign, leaks will commence with a vengeance. “Is there another Mark Felt out there, waiting?” asked a retired senior FBI official. “There usually is,” he added with a wry smile, citing the top Bureau official who, frustrated by the antics of the Nixon White House, became the notorious “Deep Throat” who leaked the dirty backstory to Watergate to the Washington, DC, media.

Mr. Obama and the Clinton camp should be advised to be careful about who they throw under the bus in this town. 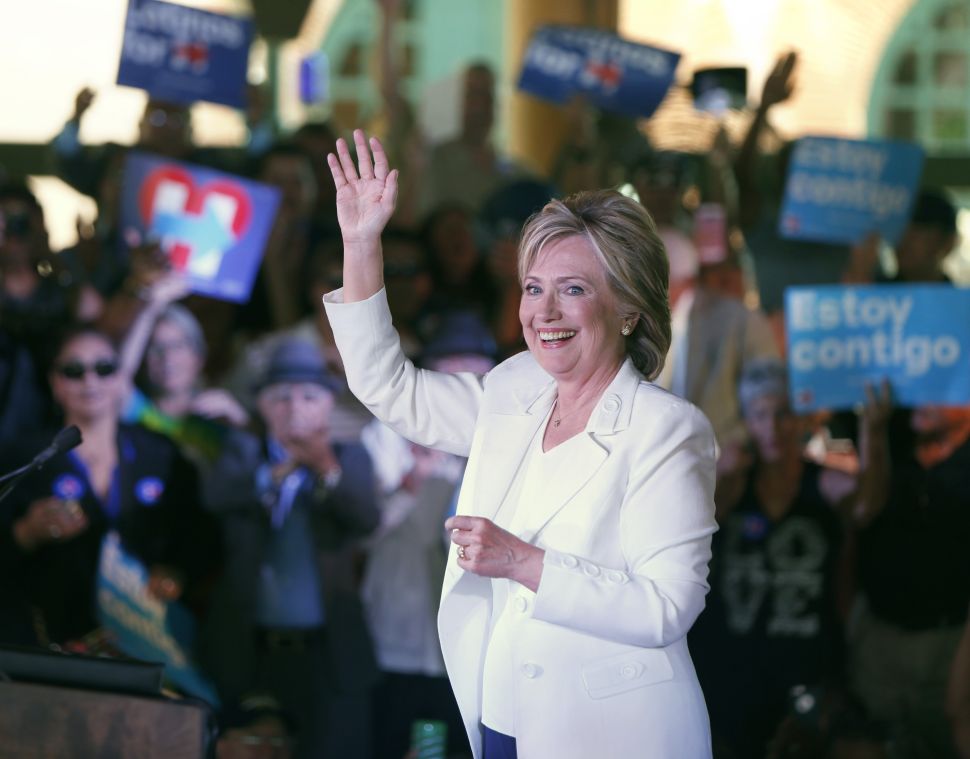