Hoboken Mayor Dawn Zimmer is not up for reelection on November 3 but, due to her connection to a slate of candidates called Team Zimmer, she still stands to win/lose plenty depending on who comes out on top in five of the six ward races.

Team Zimmer’s slate includes Michael DeFusco in Ward 1, Tiffanie Fisher in Ward 2, Dana Wefer in Ward 4, current councilman Peter Cunningham in Ward 5 and current councilwoman Jen Giattino in Ward 6. If all of these candidates were to sweep the election, the only Zimmer opposition left on the board would be Michael Russo of Ward 3 who is running unopposed. This would give Zimmer’s policies a strong support base moving forward and minimize the discord that has rocked Hoboken politics for the majority of her tenure.

Right now, Zimmer allies fill five spots on the ten-seat board because Zimmer is also tightly aligned with Council President/at-large councilman Ravi Bhalla and at-large councilmen James Doyle and David Mello. All three at-large councilmembers were members of the Zimmer Team in 2013 when she was running for reelection.

On the other side of the coin, Zimmer’s squad stands to sink into minority status if her opponents take over on Election Day.

In Ward 1, DeFusco faces stiff competition from Terry Castellano, the 21-year incumbent councilwoman on the board. Castellano and Zimmer have a history of disagreements, including differences in opinions on bonding and surplus use. Were DeFusco to win here, a long-time Zimmer opponent would be unseated.

In Ward 2, current councilwoman Elizabeth Mason is not seeking reelection, leaving the spot up for grabs. Now, three candidates—Fisher, Peter Biancamano and Bonnie Murray—are vying to take over Mason’s position. Biancamano is a contender in this ward. He has raised more money than Fisher and, as a member of the school board, likely has some voter pull.

Ward 4 is one of the ones where Team Zimmer has the most to lose. Currently, Tim Occhipinti occupies the Ward 4 seat. Occhipinti ran for mayor in 2013 against Zimmer and lost. He has disagreed heavily with Zimmer so replacing him with Wefer would alter the political climate in the council brought about by the contentious relationship.

Ruben Ramos is a challenger for the Ward 4 seat who, like Occhipinti, ran for mayor against Zimmer in 2013 and lost. Ramos is also a former Assemblyman and a teacher in Paterson who lost his assembly seat due to a pension disagreement with Governor Chris Christie.

According to campaign contribution reports, while teachers are supporting Ramos and Zimmer is supporting Wefer, Occhipinti has raised significantly more funds in Ward 4 than his opponents. If Occhipinti is reelected or if Ramos wins, this puts one of Zimmer’s former competitors on the board. Wefer is an attorney and the current chair of the Hoboken Housing Authority. She has stood by Zimmer’s side during litigation over former HHA executive director Carmelo Garcia (now running for council in Ward 6), which demonstrates that she a powerful ally.

The sitting councilman, Cunningham, in Ward 5 is Zimmer’s ally in the district. Cunningham is one of only two current Zimmer supporters on the council that is running for reelection this year. His election could be a make it or break it for Zimmer as she pursues the majority on the board. Were he or Giattino in Ward 6 to be unseated, Zimmer’s hope for a majority on the board could disappear. Cunningham is being challenged by former Hoboken Housing Authority commissioner Eduardo Gonzalez.

Like Ward 4, Ward 6 is an integral one for Zimmer to win. Current councilwoman Giattino is a Zimmer ally but if she loses, Assemblyman Carmelo Garcia (D-33) will take her seat. Garcia and Zimmer’s relationship has been wracked by struggle. When he was HHA executive director, he accused her of “ethnic cleansing” when he was terminated from the board. Just last week, emails surfaced showing that Garcia’s termination was potentially influenced by guidance from Zimmer’s husband Stan Grossbard.

Garcia once recorded a conversation (that was later released) he had with Grossbard and former state Sen. Bernie Kenny over lunch. He was told not to run for reelection to the assembly this year by state Sen. Brian Stack over the lawsuit he had pending with Zimmer. If he joins the city council, no doubt Zimmer’s crew will have a hard time avoiding differences.

Zimmer, who was first elected as Mayor in 2009, has had a strange political ride. In July 2009, the photographer-by-trade became the first female mayor of Hoboken after Peter Cammarano resigned due to charges of corruption. She officially won that seat in November of that year. In 2014, she accused Lt. Gov. Kim Guadagno of pressuring her into accepting a development deal in Hoboken in exchange for more Sandy relief aid. That issue, which was federally investigated, Zimmer deemed a “whitewash” after it was dismissed.

Now, her endorsement and support of her candidate slate has made it clear that Zimmer is playing politics and that she thinks the election is a critical one for both her role as mayor and for the direction she feels the board will be moving. In the much-contested race for Hoboken City Council, wins and losses will create a ripple effect that will directly impact the amount of control the mayor has over the board. 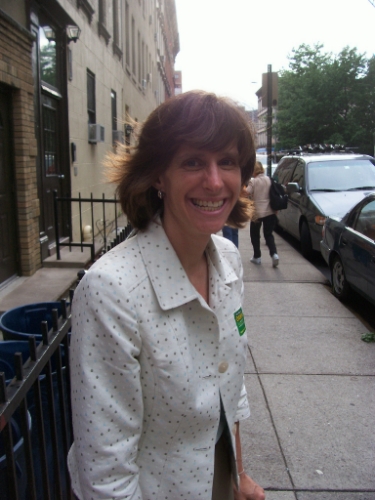