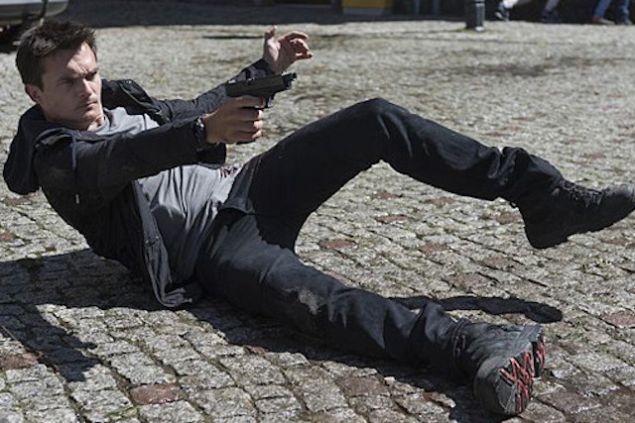 On the evening that everything falls apart for everyone on Homeland, the show itself finds a worthwhile way to spend an hour of our time. Either Homeland can very skillfully disguise scene-setting and spy logistics as passable drama, or the thriller genre requires so little character movement or subtext that this viewer didn’t even miss those treasures until some came along in “Why is This Night Different?” Not only do all the schemes that we’ve been incubating for three episodes go absolutely haywire, but by bringing Carrie and Quinn back together, we see long sequences spent on emotional content that draws on some of the history that these characters have shared.

Saul, though, is the first character of the episode to catch an emotional hammer to the face, as Üter, the Israeli ambassador, spends his Passover seder giving Saul the stink-eye over Saul’s plans in Syria. First, he reminds his guests of the poignancy of observing Passover in Germany and of the hazards that the Israeli state faces. Privately, he hashes out with Saul the American plan to depose Assad in Syria, demonstrating that he knows Saul’s plans almost as well as Saul does, and states flat-out that he doesn’t think that gradually installing moderates in the Middle East will provide more security for Israel than in the continuation of more open hostility. Tactfully, he sets aside the rather dim prospect that, judging by several recent examples, American-led regime change will have a lasting positive effect for anybody.

Carrie finds herself held captive by Quinn, whom she shot in the waning moments of “Super Powers,” but we dispense immediately with the will-he-won’t-he suspense. Quinn had set down his humanity and embraced his final destiny as a remorseless murderer, but still doesn’t even briefly consider murdering Carrie. He fakes the proof of her death and immediately helps her begin to assume her emergency backup identity. Carrie is shown at torturous length recording a video/Emmy clip saying farewell to her daughter. Quinn even insists that she omit any suggestion that she’s still alive, lest the CIA continue to pursue her, using Franny as bait.

Before Quinn can usher her into her new life on the lam, though, she insists that Saul would never order her death, Carrie convinces Quinn to confirm that it is indeed Saul placing orders in the post office box. When they stake out the box, they manage to activate a kill squad that wounds Quinn and shoots up a pleasant German town square. After tending to Quinn’s wounds, Carrie determines that their attackers answer to Allison Carr.

Carr, for her part, is earning her paycheck on a real cloak-and-dagger mission in Switzerland. The initial indications are true: the United States has chosen a Syrian general whom they’d prefer to see in President Assad’s chair, and in “Why is This Night Different?” they begin their effort to move him into place. This is accomplished by sending the lovebirds Saul and Carr undercover, Moonlighting-style, to a Swiss clinic where General Youssef and family are arriving so that his daughter can receive an organ transplant. Carr, initially disguised as a clinic administrator, first informs him that he’s in a precarious diplomatic position and surrounded by CIA agents, and then Saul makes their pitch: he should return to Syria with ten million dollars and American support to begin the military ouster of President Assad. As Youssef leaves the clinic, his intentions are hard to read, a problem rendered moot by the fact that his plane explodes shortly after takeoff. Saul’s project explodes with it, and circumstances suggest that he’s been crossed by someone important and close. Early front-runners are Allison Carr, recently discovered to be involved in some ornery behavior towards Quinn and Carrie, and Üter, who has signaled that his people don’t feel that they owe much fealty to Saul and his schemes.

Meanwhile, in the hacker/document leak subplot, developments are similarly grim, if a lot more obvious. Laura sets out in search of Numan and the balance of the leaked documents. She visits Sabine, a convicted and house-arrested hacker, in the hope that Sabine will broker contact with Numan. She immediately agrees, immediately messages Numan on HackerChat, and uncovers the inconvenient truth: Numan meant to provide more information at his last meeting with Laura, but his partner Korzenik had thwarted him in hopes of selling the documents to the Russians. Numan learns that Korzenik is in the process of doing just that, riding in a limousine to a Russian gangster who will hand him a stack of cash, favor him with a Marcellus Wallace-esque monologue about trust, torture him until he gives up his backup copy of the documents, and then murder him. When Numan finds Korzenik’s girlfriend shot dead in their apartment, he realizes that his position has been squandered.

Homeland Season Five began with its main characters carefully separated, and it’s no coincidence that it feels like a much more vital exercise now that Carrie and Quinn have found their way to each other. That’s certainly not to say thatHomeland is secretly all about heart, but even a little relatable humanity helps sell the chess game. To get back to this point, though, it did require a return to the Prime Directive of Homeland: every character on Homeland is terrible at his or her job. Carrie’s bipolar vision quest nearly cost her life, Quinn can’t be bothered to kill Carrie as he’s been ordered, Numan traded the document cache for a pair of dead bodies, and Saul has seen an already shaky plan for regime change in Syria explode in a ball of flame.

Interesting, also, that just as it’s being more actively shamed in activist circles for its portrayal of snarling Islamist villains, Homeland seems to be turning its attention to the pitfalls of American adventurism in the nation-building business and hanging the blame for such problems on more-or-less heroic American characters. The policy failures and skullduggery in “Why is This Night Different?” suggest that Homeland takes an equally dim view of the players on all sides of the war against terror. This may disappoint those agitating for a more humane depiction of Muslims on Homeland, but at least generalized misanthropy is color-blind. 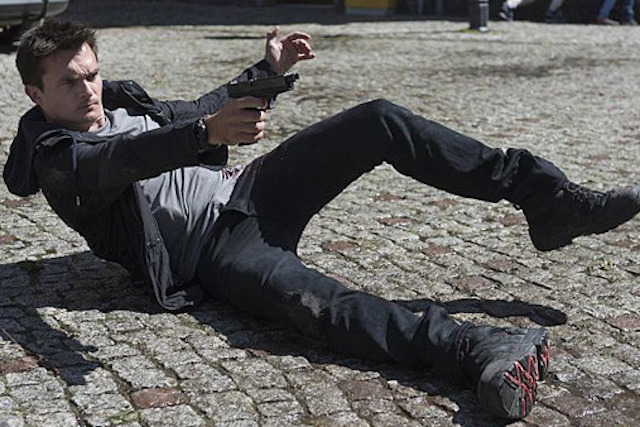