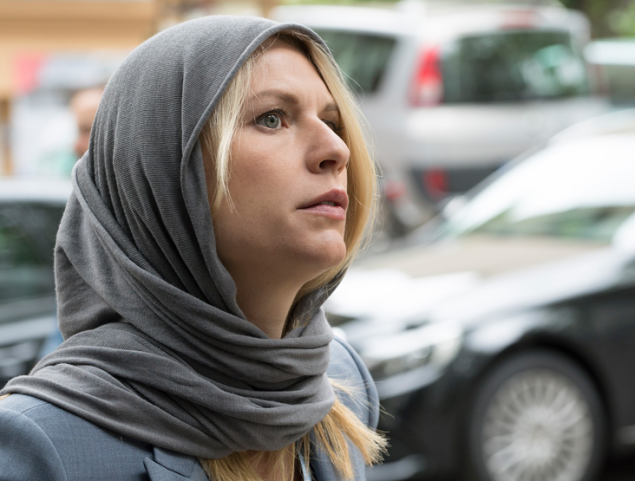 Autumn has arrived! Woolen collars are turned up against the cold, the heroes of the baseball diamond are headed to the playoffs, and someone is putting a bag over Carrie Mathison’s head and throwing her in the back of a van.

Homeland Season Five is upon us, and naive government desk jockeys and premium cable subscribers alike are already learning that the fight against global extremism is not some political game! Carrie has decamped to Berlin and the private sector, the better to leave behind the professional relationships she wrecked, the missions she botched, and the investigatory subjects that she slept with and then watched die. So committed is she to avoiding the nerve-shattering stress of spook life that she’s working as bagman for a muckraking German billionaire in his dealings with Hezbollah, sleeping with a co-worker, and taking every excuse to loiter around the local CIA station.

Peter Quinn, Homeland‘s most tortured character discounting the ones who are literally being physically tortured, has turned his back on the romantic possibilities of the Season Four finale and spent two years carrying out special operations in Syria. He’s given himself over to cynicism so completely that he tells a room of Langley higher-ups that America’s covert work in Syria is an aimless, murderous waste and subsequently agrees to work as an off-the-books assassin in Carrie’s backyard.

It falls to Saul Berenson, then, to stoke the fires back at the Agency, where he now serves as European Division Chief. He’s in Virginia with Quinn serving up the realpolitik about Syria when the season’s inciting incident occurs– two German goofs trying to prank an extremist recruiting website stumble upon the Agency’s computer apparatus and steal hundreds of classified documents. They uncover evidence that Germany is skirting its own restrictions on domestic surveillance by allowing the Americans to do it for them and immediately hand it over to Carrie’s employers for publication. Saul is called to Berlin for an awkward hallway conversation with Carrie and a tongue-lashing from his German counterparts. The joint surveillance program is immediately shut down, which to Saul obviously means that all local American skullduggery continues unabated but outside the sanction of law.

Carrie’s current project, her boss’s humanitarian trip to a Hezbollah-controlled refugee camp on the Lebanon-Syria border, will doubtless provide some exciting travails for our heroes and also an extra helping of torn-from-the-headlines frisson for the the viewer. Howard Gordon and Alex Gansa have always constructed Homeland from the global strife and American paranoia of the moment, but an adventure set amid a real and worsening humanitarian crisis is its grandest flight of non-escapism yet. The viewer is caught in that gag from The Goonies, trying to silence the gunfire by turning off the television only to find that it was coming from the window. Here’s hoping that humanity has an easier time of it this season than Carrie and the gang will. 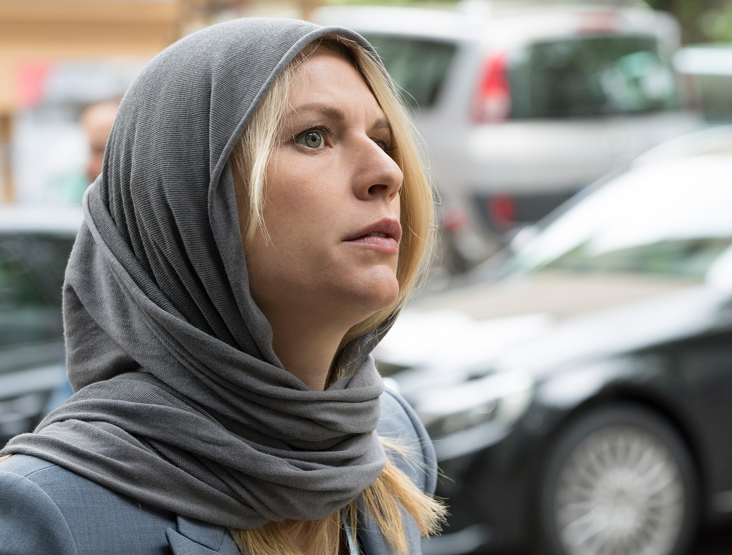