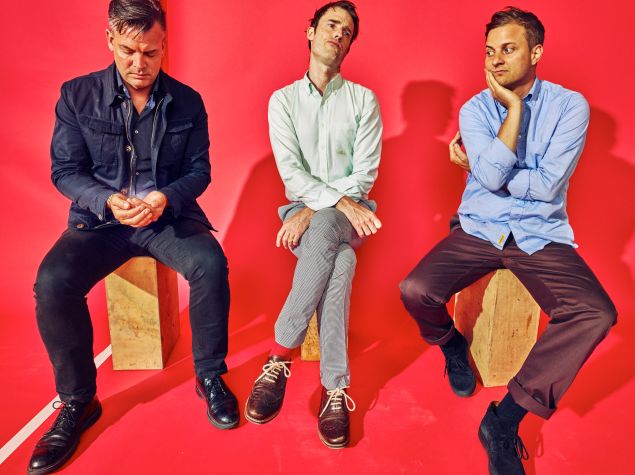 Battles borrowed the title for its third album, La Di Da Di, from the Slick Rick hip-hop classic cut of the same name, but the reason for the co-opt has nothing to do with rapping. Appropriately, the math rock band chose this nifty title for its first all-instrumental record because it isn’t made up of real words. La, di and da, guitarist/bassist Dave Konopka told the Observer before setting off to practice with his bandmates (former Don Caballero and Storm and Stress guitarist/Echoplex player Ian Williams, and former Helmet drummer/percussionist John Stanier), are the kind of rudimentary mumblings any musician without a set of lyrics might utter during the songwriting process.

Singing was never a focal point for Battles. Vocals were added sporadically to 2007’s Mirrored and employed as a sharp left-turn on 2011’s Gloss Drop, which co-opted vocals from Gary Numan, Blonde Redhead’s Kazu Makino, and Boredoms’ Yamantaka Eye. This time around, the band ditched that distraction entirely, digging deep into its instincts. Ableton, the German music software company, recently filmed a short Battles documentary, The Art of Repetition, which captured the arduous process behind creating this deeply percussive, sometimes funky, often squally, and lovingly squiggly record.

Can there be an art to repetition?

That’s an interesting thought. The title of the film came from Ableton. Repetition has always been one of the elements we used in our bag of tricks. The art side of it is making it interesting and not monotonous. The problem to solve is working with repetition and being able to manipulate it so it is interesting to us and the person who is listening, of course.

Repetition in music can be hypnotic, though.

Yes, it can. But I think it only takes three revolutions for people to pick up on it, and then there is that gestalt thing—you see it in sports stadiums where people are sitting at a boring Red Sox game [Konopka laughs, he’s a Massachusetts native] and they hear that da da da and they start clapping their hands and getting excited. There’s a Pavlovian trained dog element that comes into it.

In the documentary, John says, “Looping is the backbone of this band.”

It’s usually the first element when we’re working. John relies on the loops a lot. It is the bedrock of the song and it starts with Ian and myself. When we begin a new album, we separate and we all just go off to our home studios, and do this incubation period where we try to come up with ideas. Looping has become an element we’ve relied on as a starter.

Has that changed over the course of three albums?

‘The goal has been: How can we manipulate loops and take snippets and make a new thing, all using the same source material?’

In our earlier albums, the loop was just for the sake of playing something while we were trying to get into a groove. When you can get into that repetitive state, the more you listen to a loop, the more you hear it in a different way. You hear more you can sink your teeth into; much more than when you’re playing with another person, which has an organic element. With a loop you can even leave the room and come back in and hear it completely differently. You hear it on the off beat or start it in a different place. It’s just finding your groove in that.

As we’ve progressed, or regressed, depending on your perspective, the goal has been O.K., how can we manipulate loops and take snippets and make a new thing, all using the same source material. So that’s been a big part of my new process: taking a loop and cutting it up and sending it through different pedals to yield new sounds.

Sounds similar to the William Burroughs cut-up writing technique. So, initially the loop was directing you, but now you are directing the loop?

Yes, exactly, but even before sometimes it started as a loop, but it doesn’t end up as a loop, it becomes a live part, and vice versa, a live part can end up looped. We still have this common thread but it’s evolved because we record ourselves on the computer. So, rather than John playing the same part for five hours so I can listen to it and find what I’m going to play, I can just listen to one loop and come up with as much material for it as possible, and find as many different ways as I can that I can enter the loop.

That sounds like a lot of repetitive listening, really, five hours? Your neighbors must love you.

It tends to get pretty crazy. I’ve realized the best way to piss off people around you in your practice space or studio is to play the exact same thing for hours. It drives people nuts. Unless they’re really stoned, then they can deal with it. 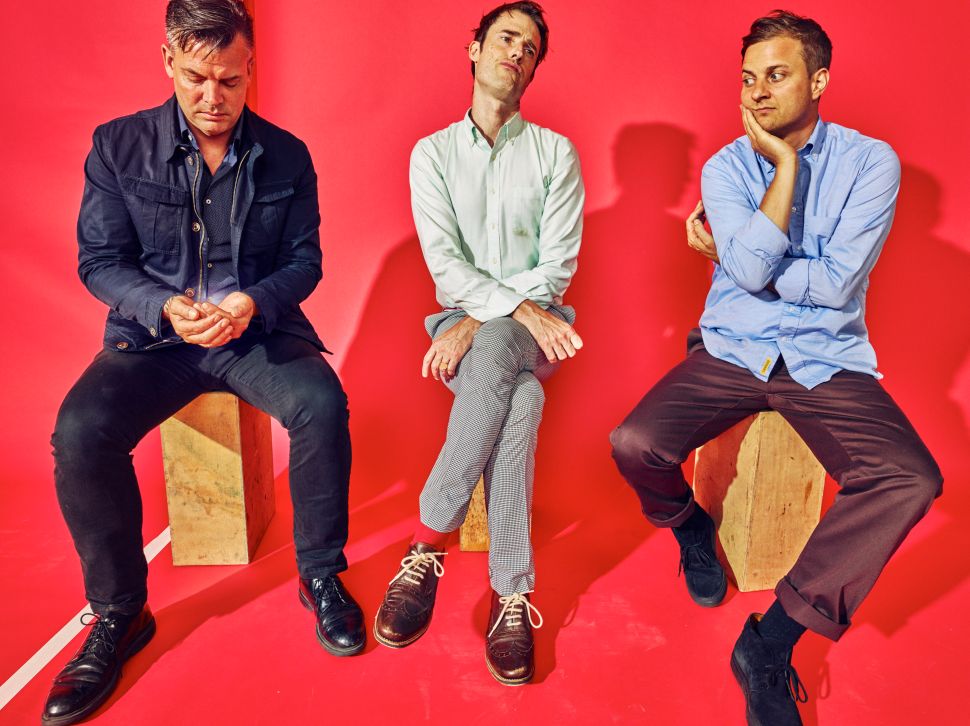