This weekend I ran across a new street BMX documentary about the pressures riders face as they push the limits of their street riding sport. The film is called Above Below if you want to check it out. BMX comes with a long list of mental and physical strains; in particular, repeated hard crashes as they learn and master new stunts in ever-changing urban environments. Unlike most street BMX films that only show rider’s successful stunts, Above Below was all about their countless failures and how riders used failure as a fuel to push them to future success.

The short film got me thinking about failure and how much we avoid it—even in the tech industry where “failing fast” is repeated as a mantra almost obsessively. Just by the amount of ink we give the topic in the Bay Area, an outsider would think that fast failure was our favorite pastime, narrowly edging out beer-pong and hoodie related fashion. But is that really true? Do we welcome failure the way BMX pros do? Do we thrive on it and use it as firewood for innovation?

I think those of us in tech, and any other industry set on moving at Internet speed for that matter, could take a page from BMX riders book. I noticed five distinct ways that BMX riders fail fast that we should consider adopting.

1) Have the Humility to Personally Fail

There’s no getting around it—seriously biffing it down a flight of concrete stairs is embarrassing. Biffing it consecutively more than 50 times is not only painful, it’s increasingly frustrating and discombobulating.

When we talk about failing in tech, more often than not we’re talking about an abstract failure that everyone on the team (or group or company) can share.  However, for failure to be a real lesson, there needs to be a fail-er. By abstracting our failures to the team, we protect our egos at the expense of important lessons that failure can teach. Riders take a ton of pride in landing a trick, but they check their egos at the door in the process. Every failure is theirs alone. That critical step sets them up to learn from every crash and then apply that learning immediately to the goal at hand.

“For failure to be a real lesson, there needs to be a fail-er.”

2) Patience Really is a Virtue

No one is immune to the toll that failure takes on us. Compartmentalizing doubt is a necessity when getting up after failing—that voice inside that says, “give up, move on,” needs to be silenced or we’ll throw in the towel without ever knowing if our goal was really reachable.

In tech, the “failing fast” mantra can be an audible excuse for quitting while you’re ahead and changing the goal—in product development, in customer acquisition and even in recruiting. Instead of learning the strategic and tactical reasons for our failure, tuning and trying again quickly, we can tap into the mantra to abandon our goals altogether. In doing so, we’re really just running from failure, not learning from it.

“Despite the failures, learn how to train your brain to focus on what’s in front of you—not what’s behind you.”

3) New Difficulty is Not The Same as Scope Creep

For a BMX street rider, every new ramp and rail is a new trick. It doesn’t matter how many rail grinds they’ve done in the past—the rail in front of them is all new. For all intents and purposes, that means that they don’t fully know the scope of their goal before they make the first attempt at achieving it.

Although our industry celebrates fast failures, we still tend toward setting individual goals that we believe we can’t fail in accomplishing. What’s worse, when it looks like we might have been overambitious in our goals, we often “tune” them by suggesting our first commitments were “over scoped.”

In watching street riders perfect a trick, you see a completely different approach. They don’t re-scope a trick to make it more readably achievable.  Instead, they change a single variable and try again. They come at it from a different angle, they slow or speed their approach, or they concentrate to gain a new level of focus. Changing a single variable and trying again is the truest form of failing fast, but it’s a tactic that is surprisingly rare in tech for all the authority we give the concept.

“Changing a single variable and trying again is the truest form of failing fast.”

4) Learn and Succeed Before Authority Intervenes

In business and in life, there is always someone to say “no” or to nay-say an idea. Often we talk ourselves out of goals before we even try to achieve them. And the ideas we decide to pursue, we often research, probe, validate and re-validate until we find a reason—or a person—to tell us why it can’t or shouldn’t be done.

In street riding, it’s the exact opposite. A trick starts with seeing a rail that calls to be ridden and ends either in success, broken bones or with the police stopping the show. Sometimes it’s all three. For riders, the challenge is not just mental and physical—it’s also a race against the clock. Because trick riding violates local ordinances more often than not, each trick needs to be mastered before someone calls the police.

I’m not advocating that anyone break the law to get their next app or platform out, but I think the speed and dedication with which riders master their goals is something that’s admirable. I’d like to see more people in tech so passionate about their goals that it would take the police to stop them from pursuing them to the end.

“You can really push through anything. ‘I’ve seen people get their trick after they’ve broken a bone—which is crazy—because from a normal person’s standpoint (or a doctors standpoint) that doesn’t even make sense.” – Dakota Roche, Above Below

5) Be the Support You Want to Receive

The best way to fail fast, pivot and try again is to do it in an environment where your peers (and your management in business) support the smart risks that you take—and help you get back up when you fall. In watching the Above Below documentary, it was inspiring to see riders supporting each other, encouraging them to push for even greater achievements, and helping them up when they biffed over and over again.

I’d like to see more helping hands in our industry—taking risks individually but owning outcomes collectively. We all have room to grown in the risks we take, the way we fail, and the lessons we learn. We’re fortunate to have riders like Ben Lewis, Dakota Roche, and Dan Lacey grinding rails to show us the way.

Afterword: If you know of any sport that better exemplifies “failing fast” more than BMX street riding, let me know in the comments.  I’ll be around in the evenings to respond. 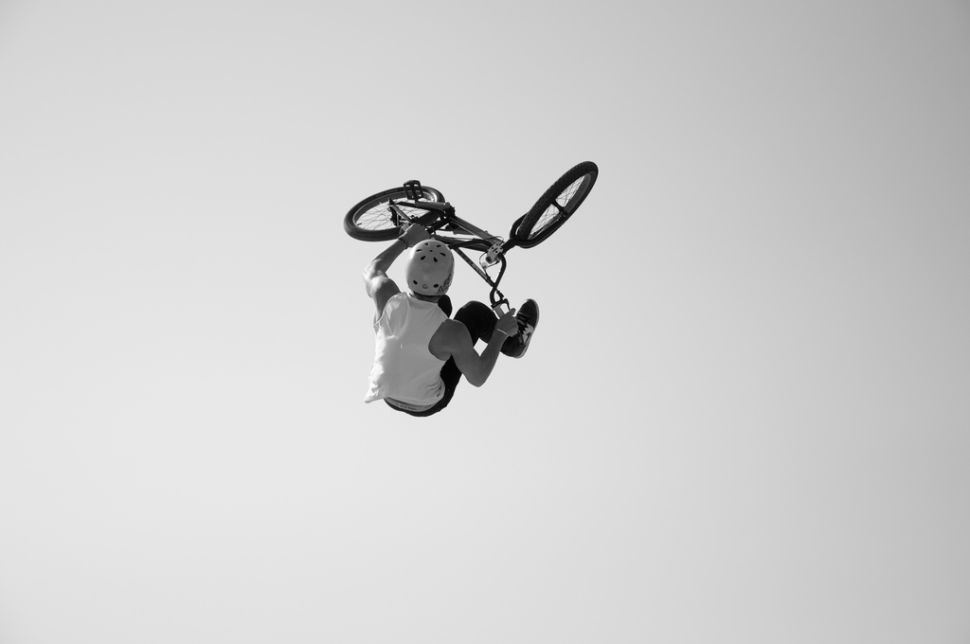