“I don’t agree that you, when you become students at colleges, have to be coddled and protected from different points of view,” said President Obama.

Recently, there has been much debate regarding free speech and college campuses. While critics of the new culture bemoan a loss of academic inquiry, supporters of new guidelines argue that sensitivity actually furthers to expand discourse. Unfortunately though the following phrase is heard all too often:

“You can’t say that in a classroom.”

I have heard this phrase many too times before. On the surface, of course, it’s a little grating. Aren’t classrooms supposed to be the very place where all subjects are on the table, even the ones—especially the ones—that make us uncomfortable?

The phrase is often used to respond to perceived microaggressions. However, what are microaggressions? Psychology Today describes them as, “Everyday verbal, nonverbal, and environmental slights, snubs, or insults, whether intentional or unintentional, which communicate hostile, derogatory, or negative messages to target persons based solely upon their marginalized group membership.” Originally, I dismissed that phrase as absurd, college is the place for discourse. Yet, I now see the merit in a more drawn out version of that sentence – “The current way you are phrasing your comment may be offensive to others. When discussing this topic, maybe you would like to construct your sentence differently, incorporating the context and insight others may bring.” Unfortunately, this latter half more often than not goes unsaid. It is apparent how the claims that the phenomenon of microaggressions have automatically limited free speech have arisen, but I fear they may be erroneous.

To some, this can come across as political correctness run amok. To others, recognizing microaggressions is the beginning of remedying injustices by changing the way we think and talk. The debates over microaggressions reflect disagreements over our most basic values: How far is too far in the world of free speech? Are there elements in language that need to be watched over, or have we simply gone too far in assuming that words cause irreparable harm?

In the public discourse, microaggressions and free speech seem incompatible—but they do not necessarily have to be mutually exclusive. Consider the statement of the UC Office of the President, “Given the diverse backgrounds of our students, faculty and staff, UC offered these [microaggression] seminars to make people aware of how their words or actions may be interpreted when used in certain contexts.” Recognition of microaggressions—the simple act of discussing them—doesn’t necessarily lead to their suppression. Once you recognize they exist, you can hopefully make others more comfortable with discussing and engaging in the topics in question, the end goal being an even more thorough discourse.

Greg Lukianoff and Jonathan Haidt in The Atlantic describe the generation opposed to microaggressions as, “More hostile toward ideological opponents than in generations past.” It is not that these students on a whole are fighting for ideology or that they don’t want to be challenged, though there are certainly some who are. Many students are simply doing what students throughout history have done: attempting to change the culture around them, exercising their agency in the way that young people tend to do. If they are especially focused on social wrongs in the form of microaggressions, they are only doing what their predecessors have done.

But there’s no denying that some activists and students have also taken things too far. The actions of a vocal few have created an academic culture where many educators and tenured professors are scared of their students. As a college professor, writing under a pseudonym said, “I’m a liberal professor, and my liberal students terrify me.” Professors now fear retaliation for unwitting comments or personal tweets and in some cases more seriously being slapped with Title IX complaint(s) for publishing articles. In the age of the Internet, these types of accusations, whether legitimate or hyperbolic, can follow and ruin a career. The fact that many of them seem based on such thin evidence creates even more frustration. Many academics have gone so far as to say that all the microaggression activism might have made tenure less valuable and removed its purpose. In the words of Lukianoff and Haidt, “The increased focus on microaggressions coupled with the endorsement of emotional reasoning is a formula for a constant state of outrage, even toward well-meaning speakers trying to engage in genuine discussion.”

It’s worth appreciating the sometimes tough position universities are in with respect to these issues: universities have the dual responsibility to care for their students’ well-being, academically and emotionally, and to promote open discourse. In the discussion of microaggressions, there is the widely held belief that the real world will not protect these students from unintentional slights, so it makes no sense for a university to. While it may be true that the “real world” will not be nearly as accommodating, it does not follow that college campuses should not be laboratories for exploring this important, new understanding of free speech dynamics and come to a rational compromise. If someone is triggered or sincerely upset about an approach to an issue, a productive way forward is not to say that the grown-up world won’t care. If someone is experiencing an issue that is legitimate to them, you wouldn’t attempt to resolve it by saying that the rest of the world wouldn’t see it as an issue. We are told from Kindergarten to respect the feelings of others even if we don’t understand and even if we don’t agree. Simply dismissing someone’s feelings as unsubstantiated or insignificant will only further to isolate that person and intensify those feelings. If someone is upset, you talk to them; you don’t just say, “Don’t be upset. What you’re upset over is stupid.”

If the mission of a university is to foster intellectual discourse and growth, wouldn’t being challenged in a way that encompasses more nuances of a phrase or statement be more fruitful? College students are at special moments in their lives where they are still developing both physically and emotionally. If one is accusing them of being emotionally underdeveloped or misunderstanding of an issue, a productive approach is not to call their woes insignificant. This is not to say that a university shouldn’t challenge its students, but challenging is not the same as bringing up trauma, which many students claim is an effect of using microaggressions. While it could be easily argued that trigger warnings are overused in academic settings, a more helpful conversation might be the difference between discomfort and triggering, uneasiness and trauma. If one really wants to change minds, the way forward is discussion, not dismissal.

The conflict between microaggressions and free speech has led to a culture of reactive fear on campuses, with both sides attempting to protect their own while punishing the perceived aggressors. While these two concepts could have originally complemented each other, they now stand in opposition. Both sides are to blame. Professor Volokh neither furthers his case nor works constructively to solve the issue when he says, “Well, I’m happy to say that I’m just going to keep on micro-aggressing.” The activist community also does itself disservice by not understanding that social change is not immediate and more progress in this case is accomplished with calm and interactive discourse, while interrupting classes and filing legal complaints only widens the gap. The implementation of what Lukianoff and Haidt aptly term as “emotional reasoning” makes communication and logical discussion that much more allusive.

Both groups are arguing past each other, not seeing how they are simply shouting into the wind. There is room in academia for exploring the balance between traditional free speech and sensitivity to microaggressions, if only both sides would take a step back and behave like, well, academics – that is to say intellectually driven, mutually respectful partners in dialogue and learning. It is through remembering the true nature of scholarly discourse that a productive dialogue may arise. This issue is so difficult because it is not black and white; both sides have merit to their arguments, but both also have flaws. It would shock me to find one university that is not currently struggling with finding a balance. The only suggestion I can offer is calm communication. If we are able to express ourselves respectfully and without being defensive, we are more likely to be heard. The extreme reactions we see on both sides derive from feeling under attack. If we take a step back and try to be less defensive, we may be able to see the issue with fresh eyes. No one wants to offend others, and no one wants to erode free speech – our goals are the same. Let’s try to work towards them together. 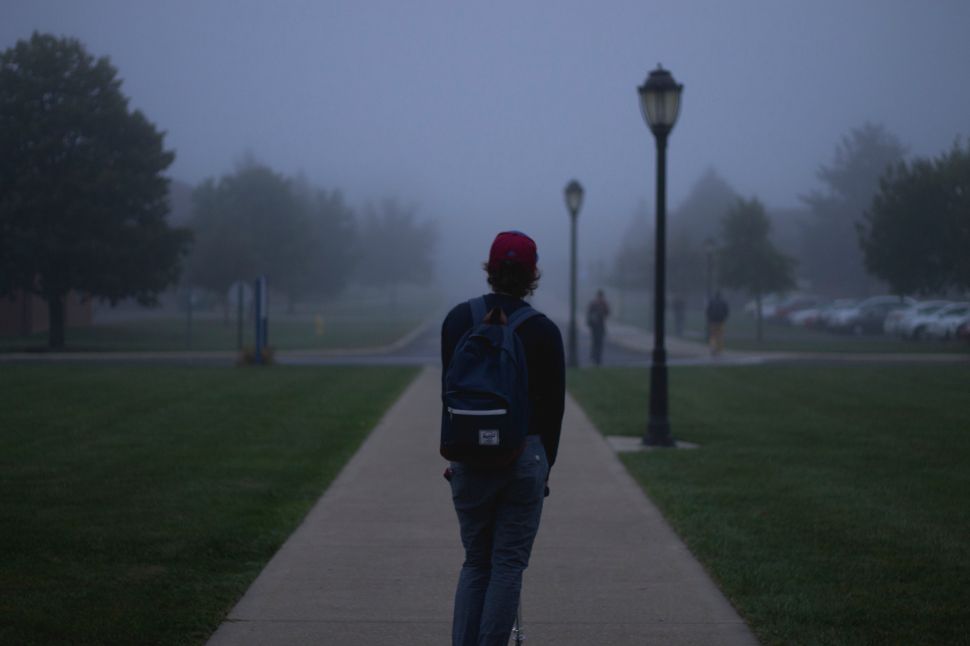