Here’s how to Save Your Major Record Label.

It all boils down to this: Speed Metal, catalog, specialty catalog, aggressive courting of new retail partners, and changing your freaking attitude. Now, read on, dammit.

Major Labels are built on this myth of eternal youth. From the top down, the people who work at majors dream of being forever young, forever 24 and forever the cool kids. The Majors cannot survive, even in their current minimalized and fractured form, unless they discard that myth once and for all and concentrate on the business of selling music.

Now, this is not to say that record company employees can’t be music lovers—in fact, that quality is more important than ever, because now you have to think like a music lover, and not like someone desperate to stay on top of trends. Your employees’ need to prove their hipster credentials will run you into the ground. This is no longer the business you are in, and that frame of mind is a death sentence for your company.

2. Speed Metal Can Save Your Label

Have you ever been to a speed metal/death metal/stoner metal/math metal gig? Have you?!? The line at the merch table goes out the freaking door. These people buy CDs. They buy vinyl. They are proud to identify themselves via the product branded by their favorite bands. The indies that serve this market are smart enough to know this, and you must learn from them (for the sake of simplicity, I’m lumping all of those very diverse metal tribes under the heading “Speed Metal”—it’s inaccurate, but you get the idea).

Speed Metal fans are loyal, eager, engaged and they can provide a truly significant boost to your bottom line. Speed Metal bands have never been especially hip in the Echo Park/Williamsburg-driven Major Label world, which means you have missed out on a lot of deeply creative long-term acts with mega-loyal fans. Ask your A&R people this question: Is Radiohead better than Opeth? If they say yes, fire them. Seriously.

Ask your A&R people this question: Is Radiohead better than Opeth? If they say yes, fire them. Seriously.

You’ve gotten tripped up because there’s no longer any record stores—you’ve confused the lack of stores with the lack of buyers. So create new places (and new online interfaces) where people can buy the music that accompanies their lifestyle. The bulk of these should be in partnership with existing retailers (every place from an Exxon Station to the Marriott should be selling your CDs in attractive displays that you develop), but you can also create web interfaces that actually serve the general consumer, as opposed to merely providing info about your boring company (as existing label sites do).

Instead of wasting your time trying to sign Two Nerdy But Hot Looking Chicks from Brooklyn Who Once Heard a Modest Mouse Record, develop an effective strategy to sell catalog CDs to the people who would love to feel that a great big famous record label might actually care about them (important: people over 40 still care about that brand name; people under 40 don’t). Put a smile on your face, roll up your sleeves, and think about how you are going to convince someone that a Foghat Greatest Hits CD is going to sound great when you’re alone in the Lexus after you drop the kids off at Hebrew School.

4. What Can We Learn From the Stalk Forrest Group?

In 1972, the Stalk Forrest Group changed their name to Blue Oyster Cult, but in 1969, they recorded an album for Elektra under the SFG name. It wasn’t officially released until 2001 (it’s a pretty good album, by the way, though it betrays a rather fierce and surprising Grateful Dead influence). Anyway, I streamed it, but due to its blend of quality and historical value, I totally would have bought it in “hard” form, if I had no other choice. So WHY did you give me a choice?!? It won’t take long to search your vaults and find a lot of Stalk Forrest Group-type records to release, and you can pick up a lot of change if you DO NOT allow me to stream them.

This also applies to (what I’ll call) “The Beatles in Mono Theory.” Last time I checked, you could only get mono versions of the Beatles albums on hard CD or vinyl. Damn smart. This is a perfect example of having a desirable product and directing the consumer to a hard-copy purchase only. Every freaking label has items like these just sitting around waiting to make money.

Look, a little while back Sanctuary put out literally the BEST Kinks compilation ever released (The Anthology 1964-1971). And I streamed it. Why didn’t you make me buy it? Don’t you see that anyone interested in an album like that is going to be willing to pay for it?!?

4b. What’s a No-Hits Record? And Why Should You Be Putting Them Out.

Bands like the Cure and the Smiths, to name two—oh, slot R.E.M. and Elliot Smith in there, as well—have deeply loyal fan bases. Half of the freaking 20-somethings I know would be delighted to plunk down REAL AMERICAN DOLLARS for CDs or vinyl that contained exclusive Elliot Smith tracks. Find these sorts of artists, find the right tracks, package them nicely, and make them available on hard product form only. Do not think of these as greatest hits compilations, but as no-hits compilations.

Jesus, stick out half a dozen live Smiths shows and watch the money roll in.

The music industry lost the battle when they lost control of the hardware. Prior to Apple’s release of the iPod, virtually every music-playing device in the history of recorded music had been invented and manufactured by the same people who put out the music. From Edison Rolls to the Sony Discman, the consumer was able to—sometimes compelled to—buy the software (the music) from the same people making the hardware (the players). The labels would be unimaginably healthy now if they had developed an MP3 device and a download interface, instead of an outside company introducing it.

You lost that war, but here’s one you can win: your “new” hardware is efficient, attractive and user-friendly kiosks and displays.

You lost that war, but here’s one you can win.

You may not have invented the iPod, but you can develop a unique CD dispenser to go into Bed, Bath, and Beyond. Create creative and attractive retail solutions tailored to diverse spaces and clientele. Partner with every store in sight, from TJ Maxx to the Cracker Barrel and everywhere in between. All that staff that used to go from Tower to Tower checking the racks? Now they can go from Rite Aid to Rite Aid making sure the display looks nice.

A Rite Aid or a Walgreens make great venues for CD sales, but whenever I see CDs sold in these places, the selection seems random and the presentation sloppy; how damn hard would it be to provide retailers with a neat venue for sales, and an attractive theme?

In other words: A talking ape could figure out how to sell Dean Martin or Louis Prima CDs at the Olive Garden, or Bob Seger CDs at Home Depot. Create terrific kiosks and be that talking ape.

6. Bring Back the Record Clubs (remember those from when you were a kid?)

Advertise in People, the Enquirer, and the damn airline magazines, etcetera. Let me fill out a slip or click a box and order 10 CDs really cheap, then give me the option to buy another couple every month. Remember, there are no more record stores, yet there are plenty of people who’d be perfectly happy to buy a CD every now and then. Shit, be really smart and create a MOJO-style mag to go along with the club. C’mon, cats, this is a no-brainer. It’s free money for shit you have piled in the warehouse.

To sum up, Mr. Major Label Head, you still think of record labels as things that sign “hot” young acts, staffed by the kind of people who actively try to sign and promote these “hot” acts. Stop it. Those are streamy acts. Find selly acts (like Speed Metal bands and catalog you place into retail in exciting new ways). Find the people out there still interested in paying actual real money for your product (that’s not hard), determine what that product is (also not hard), and develop the best way to get it to them (a little harder, but totally effing doable). Whether this means issuing CDs of endless Dave Matthews live concerts or the latest record by the Speed Weeders or the Eyeless Brides of Cthulhu, whether it means creating terrific interfaces to put into every store imaginable, just freaking do it. 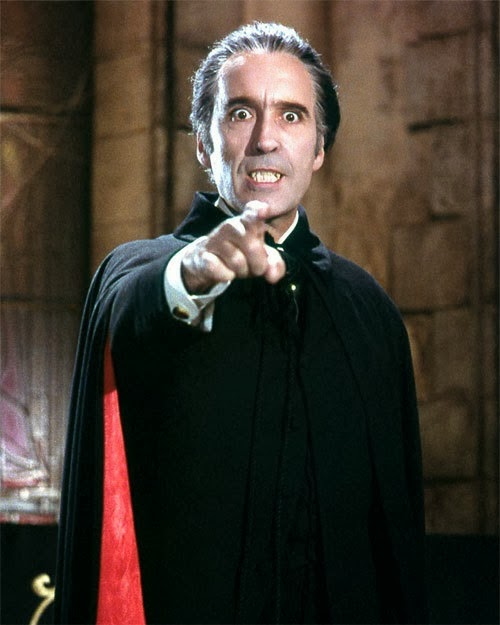