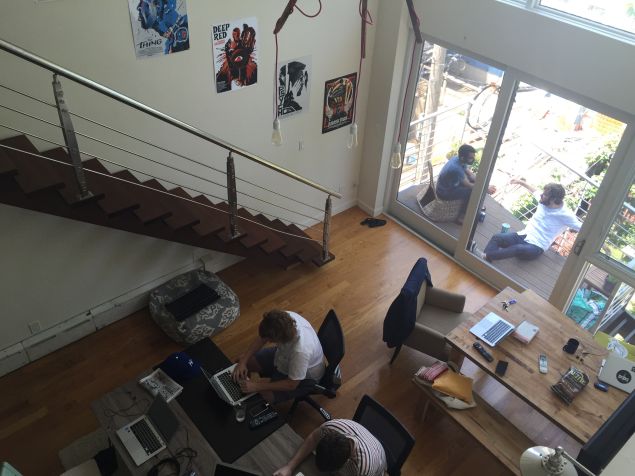 Guys are really into the future. Or at least that’s the thinking behind Inverse, the sleekly-designed site that was started by Dave Nemetz, a co-founder of The Bleacher Report.

Inverse, which launched in mid August and got over one million unique visitors in its first month, aims to capture the millennial dude market with quirky takes on subjects like tech, games (video and board) and space.

Although Inverse’s target demographic is men in their 20s and 30s, the site doesn’t overtly mention the gender of its ideal reader. The editorial staff draws heavily on veterans of men’s magazines but the idea is that dudes are actually more interested in stories about pluto and pot legalization, not how to mix a Manhattan or tie a tie.

“We’re kind of creating this pu pu platter of options, all pulled together by the thread of looking at the future and what’s happening next,” Mr. Nemetz explained, shortly after the site launched in mid-August. “One trap that a lot of male-focused media sites get into is being all about guys.”

“The central conversation I was tired of having was about ‘our guy.’ Anyone who has worked at a men’s magazine has had that conversation about what ‘our guy’ is into, what ‘our guy’ wants to read this month,” said managing editor Andrew Burmon, who came to Inverse from Maxim, where he was deputy editor, and before that, had been at Men’s Journal. “I don’t really believe in ‘our guy’ as a concept.”

As Mark Golin, a magazine veteran and adviser to the site explained, most men’s content is either “beer and babes” or “how to be a man.” There are, of course, sites that men read about defined topics like business or technology or politics. But Inverse is positioning itself more as an alternative to men’s magazines by combining many sort of niche topics that men want to read about.

Of course, it helps that Inverse, which was started, after all, by a guy who co-founded a sports site that sold for a reported $200 million, and raised an undisclosed amount of seed funding, hasn’t had to deal with advertising yet.

“I had a lot of great editors at men’s magazines, but fundamentally, their job was sort of to censor the world into this very narrow space so they could then work with advertisers, rather than trying to figure out what men are actually into,” Mr. Burmon said, pointing to the preponderance of stories about men’s watches as evidence of editorial content driven by advertiser interest.

“We want to build the brand and define the audience before we start selling advertising,” Mr. Nemetz said. “We are focusing a lot on quality and voice, which is something we didn’t do when we started Bleacher Report, and then had a hard time overcoming the early reputation.”

Recurring features like Future Cities, which focuses on a different city every week, and job hacks are potential sponsorable franchises, according to Mr. Nemetz.

Inverse’s engineers work out of the company’s office in San Francisco, where Mr. Nemetz lives, but the editorial operation is run out of a duplex on a residential street in Williamsburg that feels more like a newly renovated apartment than a newsroom.

When the Observer visited, a Brussels Griffon wandered into the den that functions as a meeting space. The dog prompted a conversation about Star Wars. Apparently, George Lucas drew on the slightly alien-looking dog breed when he created the ewok.

“He got the fluffiest, cutest animal to be his mascot, and that’s why George Lucas gets to own the world right now,” deputy editor Sam Eifling explained. “Also, lasers.”

“Could we be more on brand right now?” Mr. Burmon interjected. 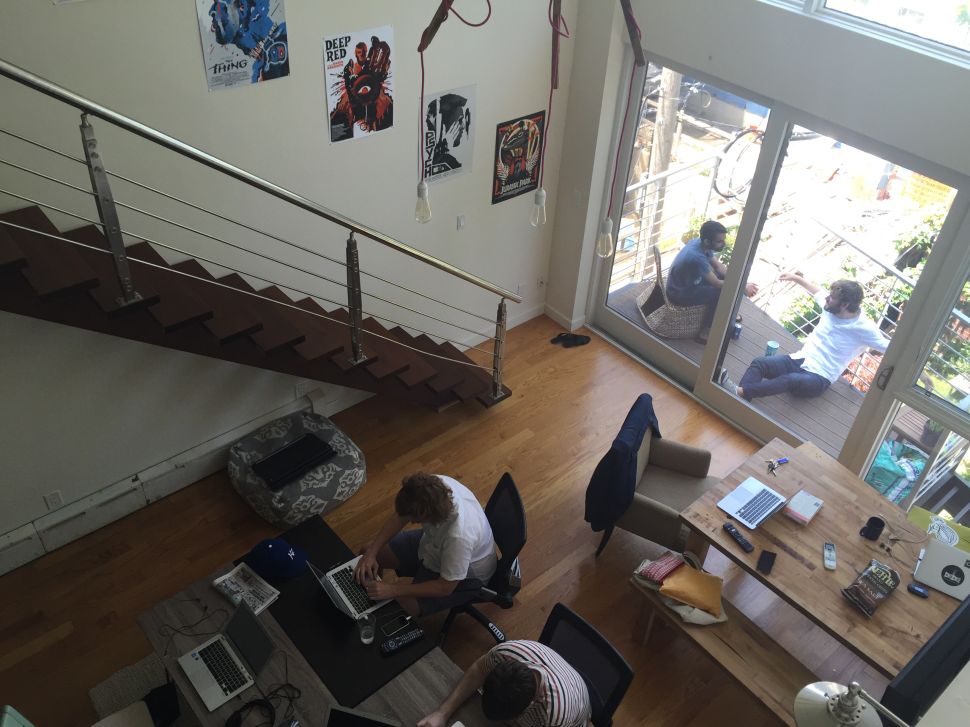