The Arch of Triumph in Palmyra was destroyed by ISIS. Eyewitnesses told CNN that the 1,800-year-old arch, which sat at the entrance to the ancient city, a UNESCO World Heritage site, was blown up on Sunday. The city of Palmyra’s architecture combines Greco-Roman craftsmanship with Persian influence and is regarded as one of the most important cultural centers of the ancient world, according to the BBC.

Amnesty International is calling for the release of the Cuban dissident artist widely referred to as El Sexto. He was first arrested while shoving two pigs into the trunk of a taxi. The pigs were labeled “Raul” and “Fidel.”

Jim Shaw retrospective opens at the New Museum on Wednesday.

Director of M+ Museum in Hong Kong to step down early next year. 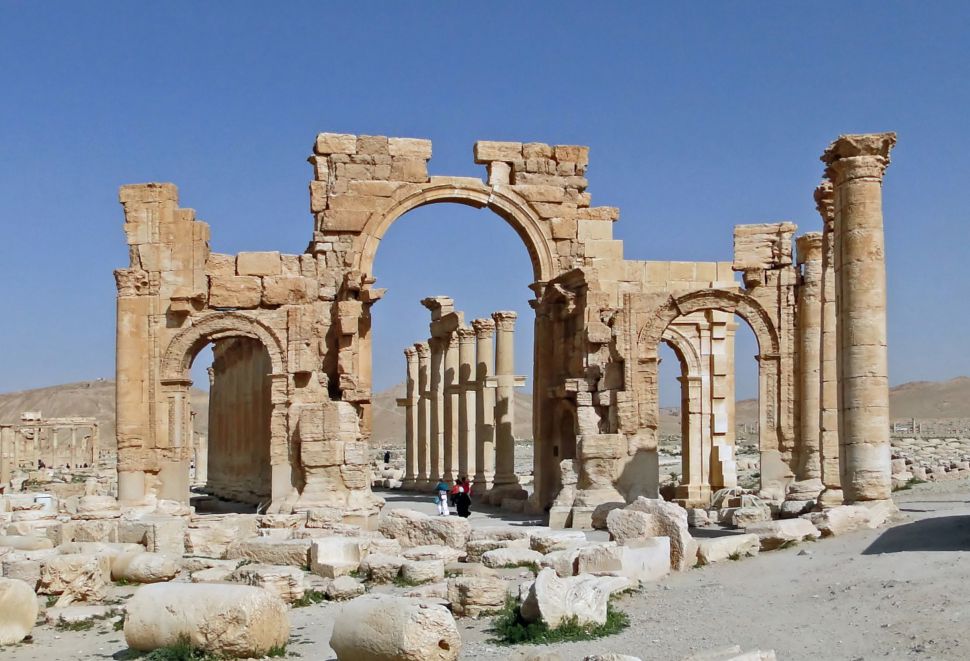