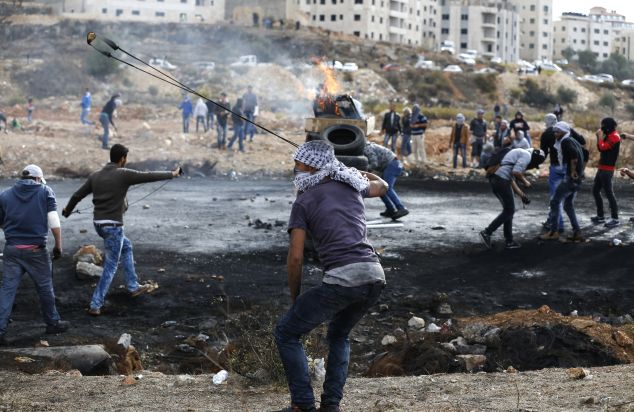 Palestinian protesters throw stones at Israeli security forces during clashes at the northern entrance of the West Bank town of Al-Bireh, on the northern outskirts of Ramallah, in the West Bank, on October 27, 2015. (Photo: Abbas Momani/AFP/Getty Images)

On Monday morning in the New York State Supreme Court, a lawsuit was filed on behalf of over 20,000 Israeli citizens seeking an injunction against social media giant Facebook for “intentionally disregarding the widespread incitement and calls for murder of Jews being posted on its web pages by Palestinians.”

The lawsuit was filed by attorneys Robert Tolchin of New York, Asher Perlin of Florida and Nitsana Darshan-Leitner, director of the Israel civil rights group Shurat HaDin. The lead plaintiff, Richard Lankin, age 76, was a passenger on a crowded Jerusalem bus that was attacked earlier this month by Palestinian terrorists from East Jerusalem. Armed with guns and knives, they murdered two Israelis and wounded more than 20. Mr. Lankin was shot in the head and stabbed numerous times. He remains in critical condition in a Jerusalem hospital.

UPDATE (Oct 27, 3:32 pm): The Jerusalem Post is reporting that lead plaintiff Richard Lankin died Tuesday morning from his wounds. Lankin, a former principal at Hopewell Elementary School in Glastonbury, Connecticut, was a grandfather of eight and is the third victim to die from the October 13 shooting and stabbing attack carried out by two Palestinian terrorists.

According to a statement released by Shurat Hadin:

“The plaintiffs allege that social media, particularly postings by Palestinians on Facebook, is spurring on the terrorist attacks against Israelis in the past month. As the complaint states, the plaintiffs “have been living in the crosshairs of a murderous terrorist rampage carried out by killers who attack people with knives, axes, screwdrivers, cars and Molotov cocktails for no reason other than that the attacks perceive the victims to be Jewish. Many of these murderers were motivated to commit their heinous crimes by incitement to murder they read on Facebook—demagogues and leaders exhorting their followers to “slaughter the Jews,” and offering instruction as to the best manner to do so, including even anatomical charts showing the best places to stab a human being.”

Under the Communications Decency Act of 1996 (47 USC §230), Internet-based companies have not been held responsible for third-party postings. These web-based businesses are not deemed publisher of this content and therefore have been protected from lawsuits.

The lawsuit claims Facebook has permitted “extremists and terrorists” to be connected through their algorithms, resulting in acts of terror against Israelis.

The plaintiffs in this case contend that the social media giant is not a simple public bulletin board, and their highly technical use of algorithms connects users to targeted audiences. The lawsuit claims Facebook can monitor and block postings by extremists and terrorists urging violence just as it restricts pornography.

“In the first intifada and the second intifada you could see the incitement taking place on the street corners, in the mosques and in the schools. Today, in this current wave of terrorism, you will find the incitement taking place in social media, mainly on Facebook,” explained Ms. Darshan-Leitner to the Salomon Center. “You can see people posting how to become a shahid [suicide bomber], what exactly you need to do, calling for a third intifada, calling to stab Jews, and teaching them how to twist the knife, how to distinguish between Jews and non-Jews and where to ambush them.”

Ms. Darshan-Leitner continued, “Then you can see the terrorist getting up and before the stabbing he posts that “I’m going to become a shahid. It’s time to start a third Intifada,” And following the actual attack, you will find thousands of endorsement posts on Facebook glorifying what he’s done and encouraging more people to imitate him. This type of incitement stirs up and fans flames, making it much harder for this wave of terrorism to die down.”

According to Ms. Darshan-Leitner, Israeli Prime Minister Benjamin Netanyahu asked Facebook to take down pages of incitement and remove sites of terrorist organizations. She says that Facebook refused, stating they will not get involved in content, that they have their own regulations and the pages in question comply with their regulations.

The goal is not just an injunction against Facebook to take down the pages of incitement, but also to be proactive and to monitor calls for violence.

Ms. Darshan-Leitner explained the goal of the complaint is not just an injunction against the social media company to take down the pages of incitement, but also to be proactive and to monitor calls for violence and take them down.

There are no monetary damages being sought in the lawsuit and free speech concerns are apparently not lost on the attorneys.

“Hate speech is not forbidden in Israel or the United States. And in principle, speech should not be forbidden, should not be limited. We value freedom of speech,” explained Ms. Darshan-Leitner. “Speech only becomes outlawed when it creates an imminent danger, like the man screaming ‘fire’ in a cinema.”

She continued, “When speech becomes this type of danger you have to block it. Facebook is not immune to this type of speech. You can see throughout the years that there was a tone of incitement and hate speech on Facebook and it was bearable. People did not get up and kill. Today they do.”

According to a Facebook spokesperson who responded to a request for comment, “We want people to feel safe when using Facebook. There is no place for content encouraging violence, direct threats, terrorism or hate speech on Facebook. As a community of nearly 1.5 billion people, we have a set of Community Standards to help people understand what is allowed on Facebook, and we urge people to use our reporting tools if they find content that they believe violates our standards so we can investigate and take swift action. This lawsuit is without merit and we will vigorously defend ourselves.” 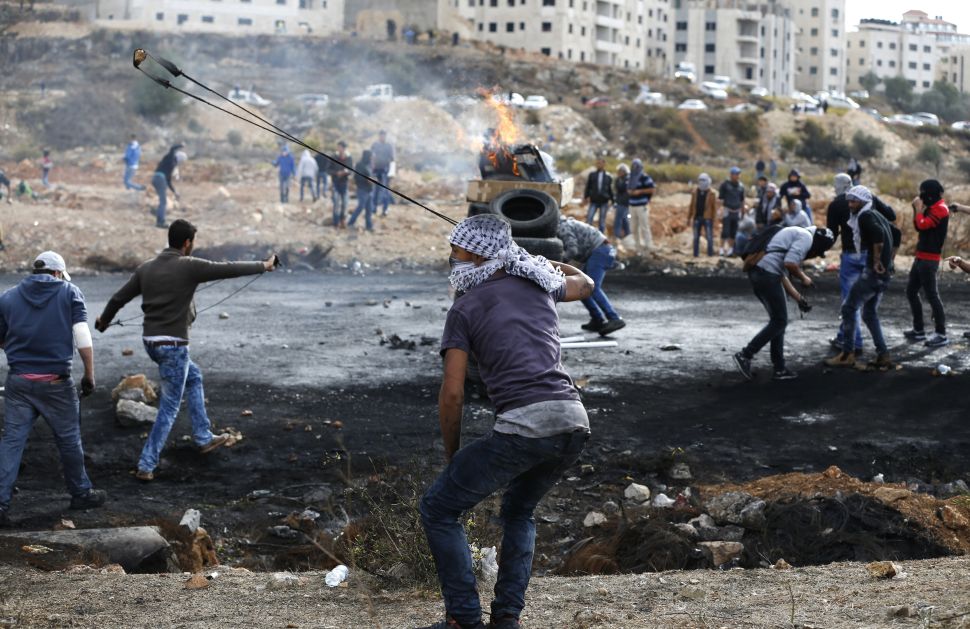