We don’t talk often, as I question your existence, considering the horrors in the world, from refugees fleeing Syria to growing homelessness at home. But I wanted to momentarily chat about my new friend Joel Osteen, the second-generation TV preacher whom I met recently at the Time Warner Center before a promotional event for his sunny self-help book, The Power of I Am: Two Words That Will Change Your Life Today (He’ll be back in town October 16, ministering at the Barclays Center.) Lord, I believe Joel, given the robust Q-rating and many talents you have blessed him with, could do even more with his power; assiduously apolitical and perpetually optimistic, he resists talking about injustice. Lord, please put a word in his ear.

You told Larry King, “I’ve seen too many things that could be coincidence… God has connected the dots.’ Reveal one such coincidence? I worked for [my father] 17 years behind the scenes, and my dad tried to get me up there and speak—and it wasn’t in me. He never pressured me, but then he asked me to [preach], and I kind of laughed and told him no, but when I sat down to finish my dinner, I knew I was supposed to do it. I spoke on that Sunday, never dreaming that would be the last Sunday of his life.

What did producing your father’s telecasts teach you about effective mass communication? He would speak more extemporaneously; he was good at it, too. But when you do that, sometimes you go here and you go there and I’d have to edit it. I edit my sermons first, meaning I write out what I want to say. It helps me to be more concise and refined and appreciative of people’s time. If they’re flipping through the channels, they’ll give me 90 seconds. Am I saying something that would make a difference? Or am I just rambling?

Do you have pre-sermon rituals? You know how some boxers are famous for not having sex before a bout? Not anything super notable. The Saturday before I’m preparing all day and going over it. Right before I speak, 20 minutes before, there’s a little break in the service where Victoria [preaches], so I go back to a little room and just go over in my mind, get quiet, get my voice back.

How do you keep a marriage fresh when you work with your spouse? It takes work. I think you know, you gotta find your roles of who’s going to do what, and kind of empower each other. Before we started working at the church together, when we first married, we bought old homes. Fix it up, live in it, do another one. We did four or five or six. So we’ve had a lot of working together. People say building houses can be one of the hardest [challenges] and that’s what we were doing for 10 or 15 years. So I think we had that experience to kind of know what our strengths and weaknesses were.

How does Victoria differ from you? She’s more spontaneous and I’m very very routine. I’ll eat the same thing for breakfast for 7 years in a row. I’m more planned and she brings life and laughter. I mean I’m fun, but I can get real routine. In the business side, she’s got incredible discernment. She can know, ‘hey this is gonna work or this isn’t going to work or this is too long.’ When she says something, I really listen, because 99 percent of the time she’s going to be right.

You tell readers in your book to ignore insults from a coach, teacher, parent or former spouse who aim to hold them back. Can you think of someone who tried to hold you back? When I took over for my dad, probably second or third week and I was already totally insecure about getting in front of people. In the lobby, after one of those first services, I overheard two older ladies, they didn’t know I was behind them and they said, ‘he’s not as good as his dad.’ And the other one said, ‘Yeah, I don’t think the church will make it.’ And that was like my worst fears, cause that what I’m thinking everybody is out there thinking and then I heard them verbalize but you know what, I had to make that decision. They don’t control my destiny; you know I’m not going to let those words play in my mind. You know the negative plays louder than the positive.

Why do you think that the negative is louder than the positive? I think its just human nature. I’ve read studies on that you’ll remember losing $50 more than you’ll remember finding $50. If I go from a biblical point of view. It says to renew your mind—that means to change the way you think and when you read the scripture it tells you to think on things that are pure and positive and wholesome. A scripture says in Psalms, “as you think you have become.” That’s what we’re teaching, that’s a big part of what we’re teaching people is you know, change the way you think. Take control of those negative thoughts.

Your father served 200 parishioners when he first started his church. Do you miss retail ministering? I grew up in a church of 200 where we knew everybody; half my friends were there at the church. I don’t do weddings hardly any anymore. I hate doing funerals. I’ve only done one or two. I miss the small part of the church because you knew people. I still know some, but there’s pros and cons though. You have more reach, you have more resources to put on great programs, and to help people in other areas outside of our services.

Why do you hate funerals? It’s not that I fear death. The honest reason is because I’m going to get up there and cry. It’s not about me; it’s about them. I don’t even have to know you, and I’ll get up there and weep.

Your church is the largest in the nation. How many employees do you have? I would guess 300 or 400.

How do you motivate employees? I get maybe my key 10 or 15 leaders; probably work with 3 or 4 of them more on a day-to-day basis or weekly basis. I think the way we motivate them is by example, then by believing in them, by respecting them. My first question is always, ‘What do you think? I’ll ask everybody in the room.

There’s a famous passage from Matthew: “For I was hungry, and you gave me food, I was thirsty and you gave me something to drink. … I was sick and you took care of me.” Is America upholding these values? We are. I think America is the most giving nation. If you look at healthcare, poverty, stuff like that, we can always do better. Again, I come from an optimistic point of view.

There’s been a lot of discourse about immigration lately. Some of it bitter. Are we emulating Matthew as we welcome new Americans? It’s a complicated issue. I would be more on the side of mercy. I think the flip side is, you know what, let’s have laws too. I don’t know what the answer is.

John Oliver recently slammed televangelists who live in 6.3 million dollar mansions, which they write off as “parsonages.” Does taking advantage of tax loopholes sully religious broadcasters? I don’t live in a parsonage. And I don’t take a salary from the church, either; I make it off my books and other stuff. You know, I’ll be careful to speak about other people.

I’m not asking you to judge the people, but tax policy. Most of these people, I know. But I would just want to be careful. I choose not to go overboard, try to live with integrity the best I can, because people are still going to judge us. Some of the decisions are not necessarily what I would have made.

Would Jesus make a good president? We don’t turn the other cheek in foreign policy.  He’s a great leader, and I think if we followed his principles, obviously, the world would be a better place. But I don’t ever see him like a president. I see him above that. 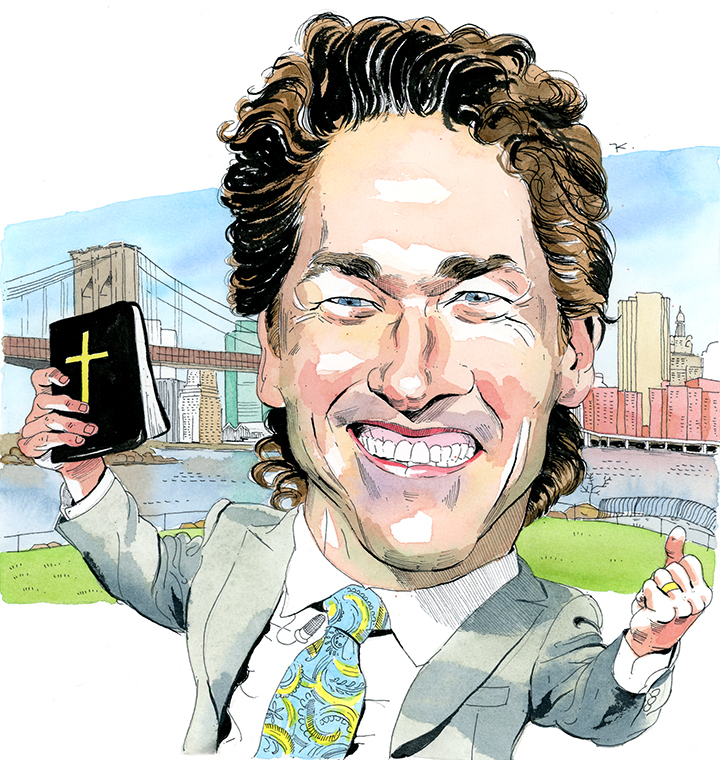