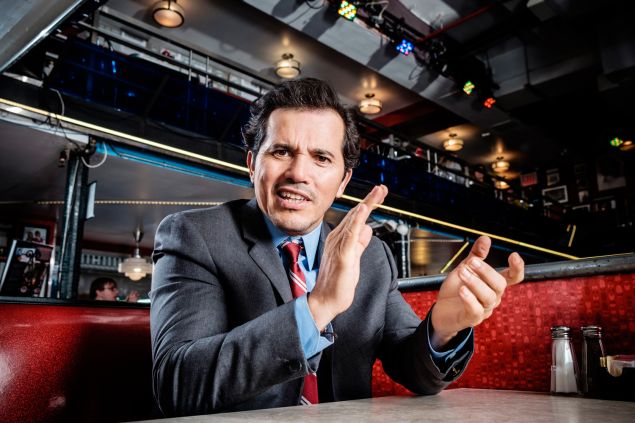 John Leguizamo’s book could rekindle past feuds, but the actor and writer isn’t too worried about it. (Chris Sorensen for Observer)

Over the past couple of decades, John Leguizamo has made more than a few enemies through his one-man autobiographical stage plays, which name names in and out of the movie business. In his latest and most ambitious work, Ghetto Klown, Mr. Leguizamo relays a number of stories that most actors would most likely not want told about themselves.

There was, for instance, the time Steven Seagal slammed Mr. Leguizamo against a brick wall on the set of Executive Decision. Mr. Leguizamo got back at the burly actor by saying, in his play, that he runs like a girl. The slight infuriated Mr. Seagal so much that he announced he would punch Mr. Leguizamo out if he ever saw him on the red carpet.

“I don’t think he’s invited to a lot of red carpets,” Mr. Leguizamo said recently over lunch at the Four Seasons Hotel on East 57th Street. Dressed in a proper suit and tie, Mr. Leguizamo, who lives in the West Village with his wife and kids, was refreshingly unfiltered in conversation. “He was a trainer to Mike Ovitz—that’s how he became a movie star. It’s like, you were a trainer, man, you were a working-class dude! How’d you become such a putz? How’d you become such an egomaniacal diva?” 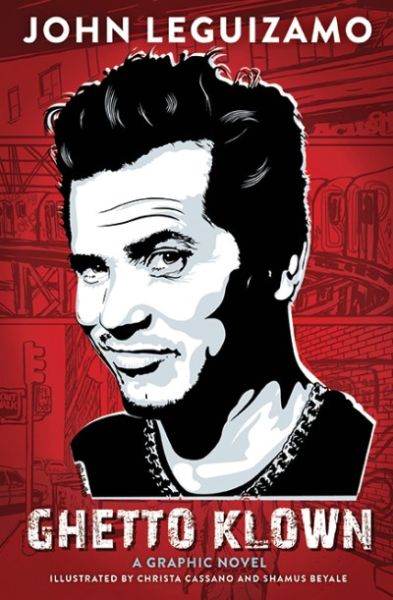 Although the beef appears to have settled, the publication of Ghetto Klown as a graphic novel this month (Abrams) may work to rekindle past feuds. Illustrated by Christa Cassano and Shamus Beyale in a monochromatic blue, the book follows Mr. Leguizamo’s rough-and-tumble upbringing in Queens through his film and TV career (Moulin Rouge!, ER the Ice Age movies) almost to the present day—documenting, often in humiliating detail, the doubts and grotesque habits and anger issues that have plagued his personal and professional life. “It’s a sort of a portrait of a middle-aged man as an artist,” he said.

“It was the most difficult [thing] to make,” he added. “I say some of the most personal things I’ve ever said that I didn’t really want to put out there, but I felt like I had to, for art’s sake.”

At a time when painfully embarrassing personal essays are spreading online like kudzu, Mr. Leguizamo stands out as a writer and performer who tapped into confessional storytelling early and presciently in his ’90s plays Mambo Mouth and Spic-O-Rama, which dealt candidly with Hispanic identity in American culture through the lens of his own life experiences.

There were times when he questioned whether he had revealed too much about himself too early in his career—and whether he was making too many enemies in the process. “I was like, ‘Oh man, what did I do? What an asshole! I’m too young to do a tell-all play like that about myself,’ ” he said. “There were a lot of people I didn’t want to offend, and I’m sure I lost a lot of jobs because of it.”

But he has managed to maintain a kind of dual professional life—as an artist or an entertainer, depending on where you’re looking. He works on his plays on a plane parallel to his wide-ranging movie and TV career. Those planes do sometimes intersect, though, when Mr. Leguizamo turns his jaundiced eye to the marked lack of opportunity for Latino people in Hollywood (or “Hollywouldn’t,” as he likes to call it). 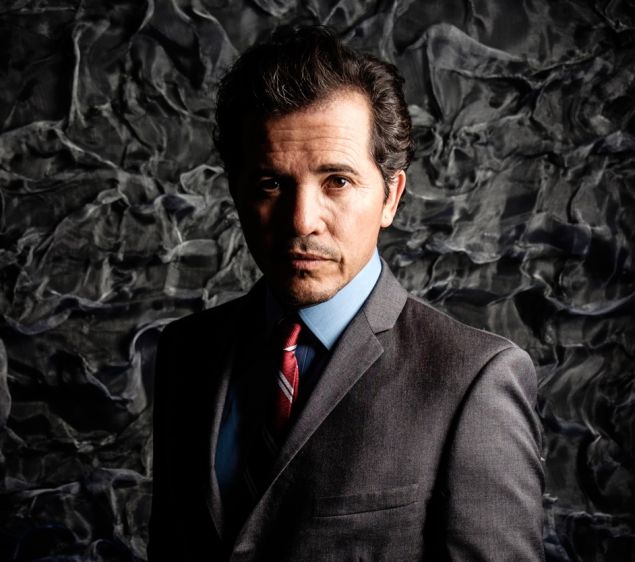 Mr. Leguizamo, who was born in Bogotá, Colombia—and still has family there—knows about that firsthand. For his first TV role, he was typecast as a drug dealer in Miami Vice, and he spent years lobbying for the industry to think beyond ethnicity and take his acting chops seriously. (His grandfather told him that “only white Latinos make it to Telemundo,” and advised that he stay out of the sun.)

Eventually, the roles started appearing. His breakthrough came, in 1995, when he starred alongside Patrick Swayze and Wesley Snipes as cross-dressing “drag princess” Chi-Chi Rodriguez in To Wong Foo, Thanks for Everything, Julie Newmar.

Mr. Leguizamo still sees the playing field skewed against Latino, as well as black actors. But he is also frustrated by what he perceives to be a creatively stifling atmosphere in cinema today. “The industry got really weird,” he said. “Hollywood isn’t really writing the stories that appeal to me anymore, so it’s hard to find roles that are deep, characters that are three-dimensional. It’s a pretty shallow storytelling field out there in Hollywood right now.”

TV, he thinks, is where it’s at. Graphic novels, too, of course. Mr. Leguizamo decided to turn Ghetto Klown into a graphic novel, his first, because he felt the medium was more engaging for the lay reader than a script. “You can travel to places visually with the graphic-novel medium that you can’t achieve onstage,” he writes in the book’s preface, “and experience inner states that even movies can’t quite capture.”

Not that he’s given up on movies. Next year, he will appear as a federal agent in The Infiltrator, starring Bryan Cranston as a DEA agent who brings down Pablo Escobar’s money-laundering operation. In a separate film, Mr. Leguizamo will potentially play Pablo Escobar himself, a role he has always wanted, but the movie is still in development, and he wouldn’t make any promises. And he appears in Perros, a Spanish-language film made in Colombia. “I’m kind of a big deal there,” he said. “I had no idea.”

Mr. Leguizamo is also touring his new one-man play, Latin History for Dummies, and he will be at the 92nd Street Y on November 13 to discuss his graphic novel as part of the New York Comedy Festival.

In the meantime, he may have to brace himself for the blowback that could result from reproducing those unsavory Hollywood incidents included in Ghetto Klown. Sean Penn, for instance, may not be pleased about his cameo (as an overly aggressive slapper on the set of Casualties of War). Neither, presumably, will Al Pacino (a yeller, says the actor), whose friend Harvey Keitel told him not to see the show when it came out four years ago, according to Mr. Leguizamo.

“Some people I didn’t want to hurt, and other people I was trying to hurt,” Mr. Leguizamo said. “But art is a funny thing—it doesn’t really ask of your opinion. A play, when it starts to write, or a story, when it starts to come together, it leads the way itself, it tells you the way it wants to unravel, it tells you what ingredients it wants, and you cease to be the one in control—you’re just kind of a channeler.”

Try telling that to the people he’s embarrassed, though.

“Right,” Mr. Leguizamo said.  “That’s a long explanation before they punch you in the face.” 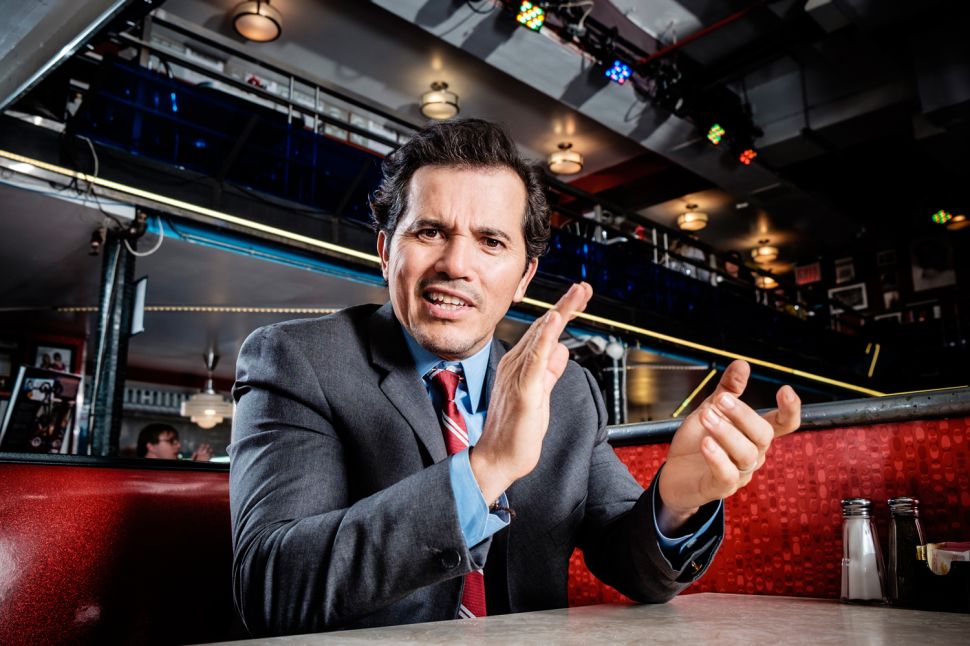