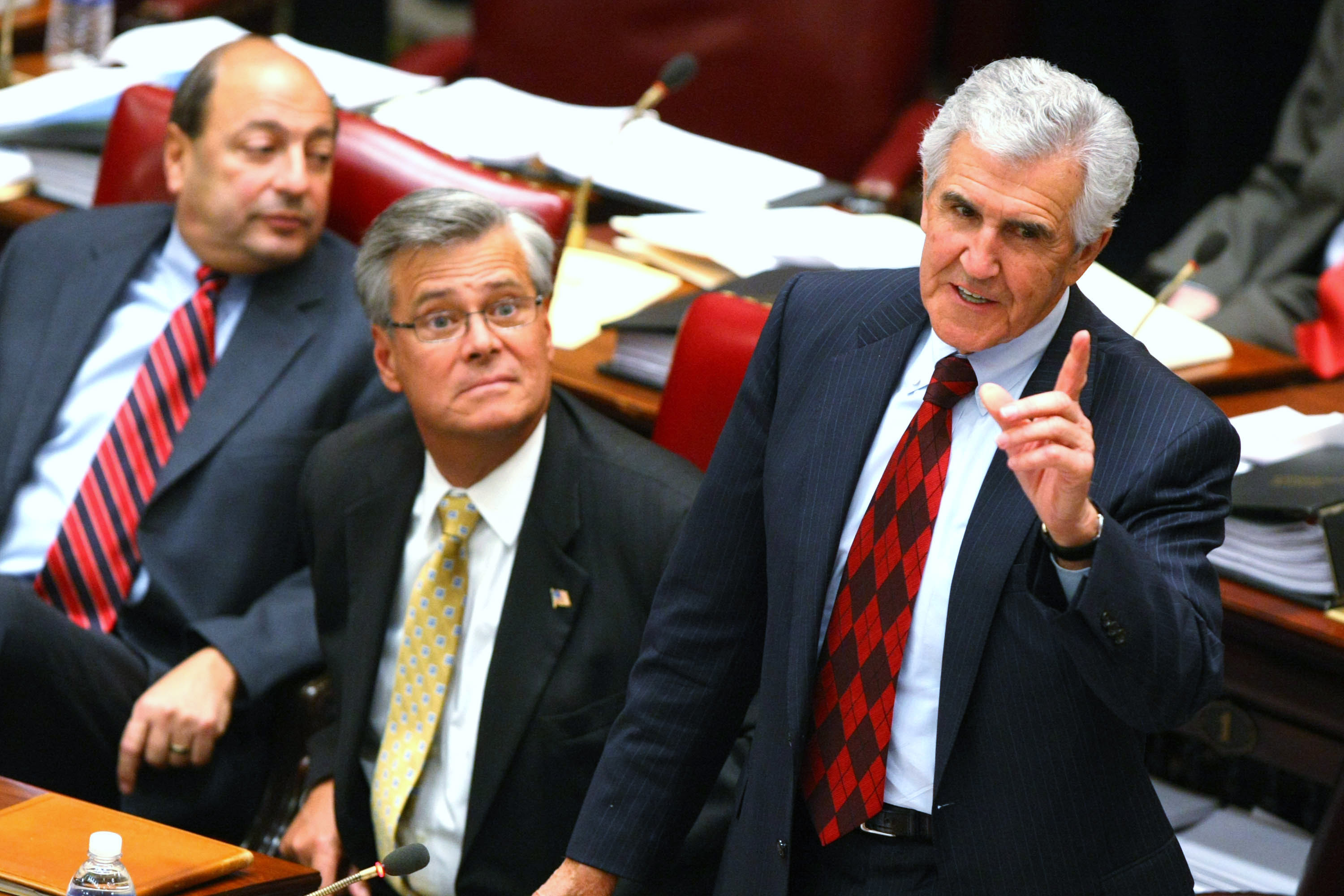 State Senate Republicans are about to get a hefty gift from their former leader.

“As Republican Leader it was my job to return Republicans to the Majority every two years to assure there was balance in a government dominated by Democrats,” Mr. Bruno said in a statement. “I strongly believe that preserving that balance and maintaining a Republican Majority is more important than ever. That, unfortunately will take a significant financial effort and  it’s my hope these funds will help maintain a Republican Majority that will continue to focus on creating jobs and economic growth, good schools and quality health care.”

Mr. Bruno fought a long legal battle: he was indicted on corruption charges shortly after he resigned from the Senate, and in 2009 was convicted of two counts of mail fraud and sentenced to two years in prison. But the U.S. Supreme Court ultimately deemed the law used to convict Mr. Bruno too vague, and a federal appeals court vacated Mr. Bruno’s conviction before he served any prison time.

Prosecutors tried again. They charged Mr. Bruno under different laws, but a jury found him not guilty in May 2014—and Attorney General Eric Schneiderman had to reimburse Mr. Bruno for his legal fees.

Mr. Bruno’s $1.4 million gift to the Senate GOP campaign coffers accounts for the vast majority of the $1.5 million left on hand in the accounts Mr. Bruno is now closing. Another $100,000 in the account will go to setting up a scholarship fund through the Tech Valley High School Foundation for students taking college credit courses at the Albany school. “Excess funds” will go to other nonprofits, the press release said.

(Readers of Mr. Bruno’s press release could be forgiven for thinking, at first glance, that most of the money was going to the school. A sub-headline on the release declared: “Monies will support Tech Valley High and local not-for-profits; NY Senate Republican Campaign Committee will receive remainder.”)

The current holder of Mr. Bruno’s former job, Senate Majority Leader John Flanagan, said in a statement that the money would be used as “originally intended”—to elect Republicans.

“After his extraordinary public service as both a member of this chamber and its Majority Leader, Senator Bruno recognizes the importance of maintaining balance and accountability in government, and understands how critical our Republican majority is to the people of New York,” Mr. Flanagan said. “Senator Bruno is a mentor and a friend, and on behalf of the men and women of this conference I thank him for his support.”

The campaign cash comes at a time when Republicans may need it—Senate Democrats are intending to ride the wave of a presidential election to scoring enough seats in the Senate to reclaim a majority. Perhaps unsurprisingly, Senate Democrats thinks the GOP should not accept the cash.

“It is not surprising that the Republican Conference that brought us Dean Skelos and Tom Libous would accept this money from Joe Bruno. ​This million dollar payoff is a glaring example of the desperate need to reform New York State election law, we need to close this loophole and the Senate Republicans should return this money to the taxpayers immediately,” spokesman Mike Murphy said.

Mr. Skelos, the former Senate majority leader, stepped down from his leadership perch earlier this year after being indicted on corruption charges; Mr. Libous, the former deputy leader, was recently convicted of lying to the FBI. Of course, corruption allegations in Albany aren’t limited to just one party: just before Mr. Skelos was charged, former Assembly Speaker Sheldon Silver, a Democrat, was hit with corruption charges.

“Sen. Bruno has chosen an acceptable way to end his campaign account and disburse his funds by giving it to a like-minded campaign account, a campaign committee that he has been closely associated with. Does it significantly aid the Senate Republicans? Yes,” Mr. Dadey said. “But he raised money for specific political activity, in support of electing Republican candidates like himself.”

In that way, Mr. Dadey said, the money is going a similar purpose to what people had in mind when they first donated it to Mr. Bruno.

“Better that then Sen. Bruno using it as a slush fund to continue his political nonprofit involvement by buying tickets to various events, which is something that other former elected officials have done,” Mr. Dadey said.

This story has been updated to include comments from Senate Democrats and Mr. Dadey. 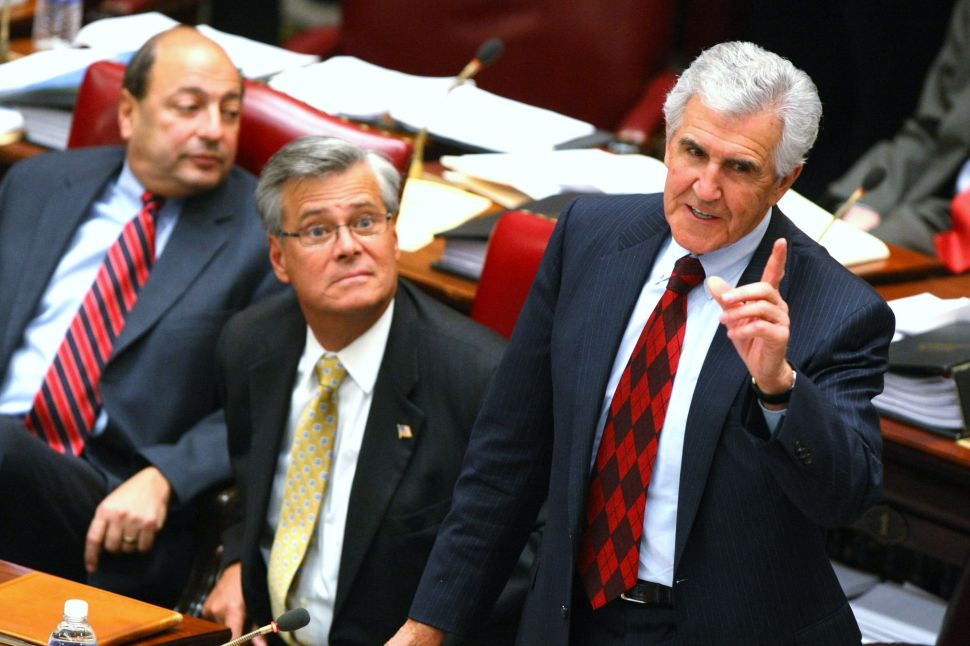