Another year, another City Ballet gala—which these past several years means another fashion blast. Nothing could be more dismaying than the awful Valentino tribute of 2012, a night that will live in infamy. This year at least there was choreography as well as cloth. There were four premieres by four young choreographers, and—miracle of miracles—not one of them was a disgrace to the neighbors. Is any of them here for the long haul? No, but you could imagine seeing all of them again, at least once.

First up: Polaris, by Myles Thatcher, a corps dancer at San Francisco Ballet, who’s been mentored by Alexei Ratmansky. Music by William Walton—pleasant enough—and costumes by Zuhair Murad, also pleasant enough. Two males, four females and a lead couple: Tiler Peck and Craig Hall, unfashionably heterosexual. Again and again Peck wanders on searching through the others for … for what? Someone? Something? We never know, and don’t much care. But the groupings are interesting, the movement fluent, and the costumes are pretty and don’t get in the way of the dancers. Why they had to be designed by “a Lebanese-born, Paris-trained fashion designer who dresses an array of international celebrities and fashion icons,” I cannot tell you.

The Blue of Distance—I think I’ve got that right—is by Robert Binet, from Canada, who’s been around various blocks (he’s a young protégé of John Neumeier and Wayne McGregor, but we won’t hold that against him). His piece has the huge advantage of being set to ravishing music—Oiseaux Tristes and Une Barque sur l’océan by Ravel, elegantly played by Elaine Chelton. The vocabulary is cool, clever, not highly distinctive—all the new ballets are very much of this moment—but serious and professional. The costumes, by Hanako Maeda, were pleasant if slightly awkward.

Troy Schumacher’s Common Ground may be as capable as several of his earlier pieces have been (he’s an experienced NYCB corps member), but the over-vibrant colors of the Marques’Almeida costumes, and their aggressively distracting shapes, both in and out of motion, make it hard to tell. The effect was of flailing M&Ms in human form. Sorry, City Ballet, but costumes aren’t fashion statements. They have a purpose: to show off the dancers and the dance. Apparently, though, excellent dancers and sturdy choreography aren’t enough to bring in the fashionistas and their gala money.

The best of the premieres, not surprisingly, was Justin Peck’s New Blood—not surprisingly because he’s the most talented and experienced of this generation’s choreographers, as everyone acknowledges. His hallmarks are profound understanding of music, endlessly inventive steps and combinations and an innate sense of structure. Here’s he’s using a terrific Steve Reich score—not merely propulsive but emotionally strong. And as always, his dancers are constantly on the go, constantly surprising (those apparent attempts at heart resuscitation, as on ER), in a chain of duets that provide a solid spine to the proceedings. Major Peck? No, but another satisfying demonstration of his rare talent. The jaunty costumes by Humberto Leon and Kenzo are essentially irrelevant.

Even the least of these four ballets, though, was more convincing than the grand finale: Peter Martins’ fakey, pastichey, empty Thou Swell, to the (dreadfully) orchestrated songs of Rodgers and Hart. You can say this much for this unwelcome revival: the cast is superior to the original (from a dozen years ago), and the singer Rebecca Luker a vast improvement over the gimmicky appearance back then of Bernadette Peters, who simply couldn’t be heard. The male singer, another Broadway favorite—Norm Lewis—is far too grand for the unbuttoned vernacular of Lorenz Hart: Lewis is a Porgy, not a Joey. As for the new costumes, what can one say? They’re by Peter Copping “of Oscar de la Renta,” and an ultra-vulgar fantasy of what the 1920s and 30s looked like. Worst in show: the bright green bush out of which poor Sterling Hyltin emerged on her entrance to the nightclub scene that’s supposed to remind us of Astaire and Rogers but is closer in feel to one of the big Automats of the day.

Trapped in this mockery were, among others, Teresa Reichlen, in an eye-stopping gold gown (and with the best of Martins’ choreography—which isn’t saying much) and Hyltin, who dances up a welcome storm, and who had Robert Fairchild, playing hookey from An American in Paris, as her partner. The bottom line is that retro American showbiz isn’t Peter Martins territory; he’s never absorbed American popular culture (Broadway, Hollywood) the way Balanchine did. Just compare Thou Swell with Balanchine’s wonderful Gershwin piece, Who Cares? Balanchine knew and loved Gershwin and his music. Martins is a stranger to the mind-set of Rodgers and Hart, even though some years ago he directed a successful revival of On Your Toes, one of four R & H shows originally choreographed by Balanchine. Comparisons may be odious, but this one is inevitable. Newer, flashier costumes and stronger dancers can’t cover up aridity of choreography. 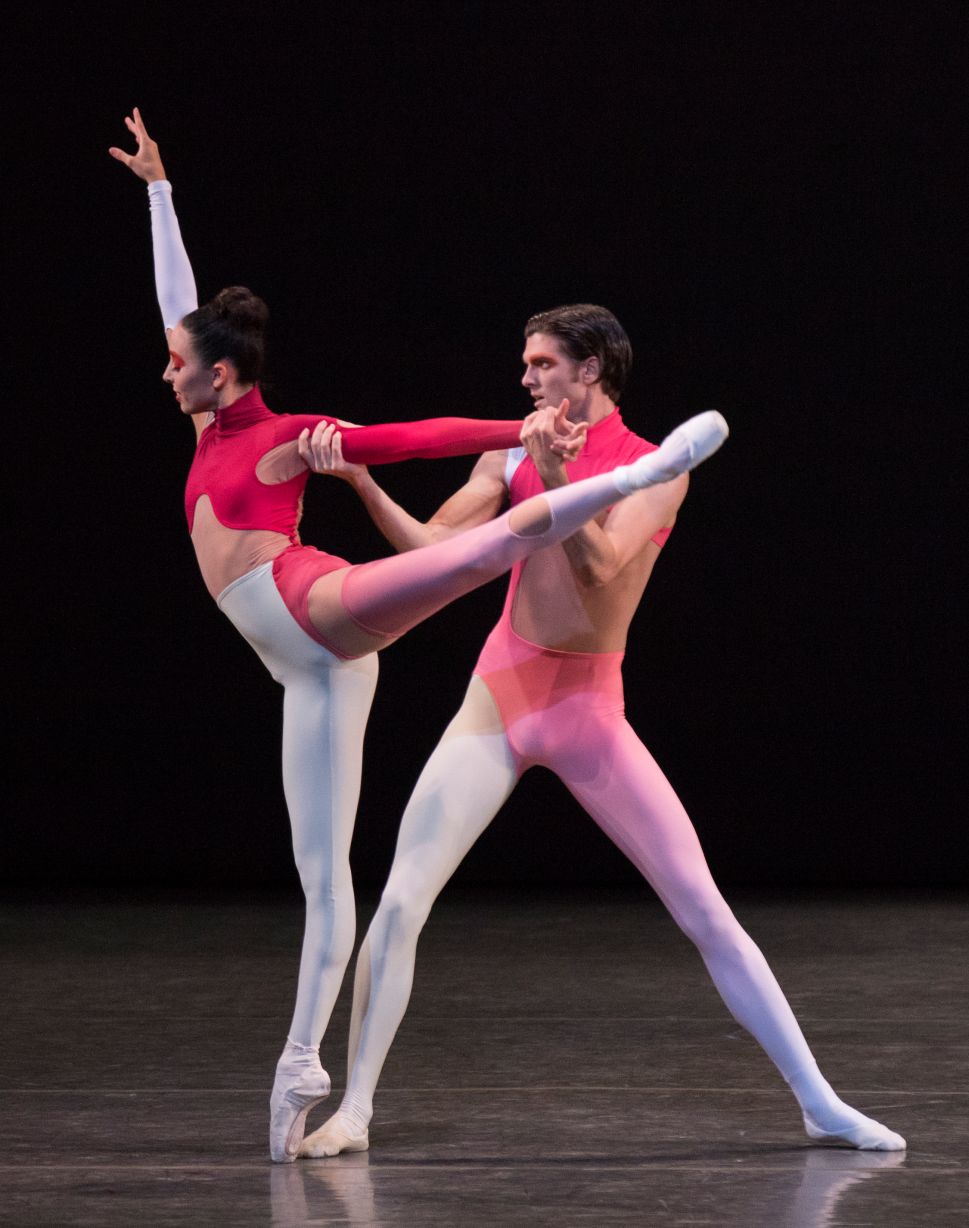