Netflix rolls out Jessica Jones on November 20, the second of four planned Marvel Studios series culminating in a Defenders special. While Daredevil introduced us to a comic book show of dark quality audiences hadn’t seen before, Jessica Jones occupies its own unique space in the television landscape: a series led by a badass, super-powered anti-hero who also happens to be female.

Krysten Ritter, (recognizable from years of quality, but small parts. Remember when Walter White let her die?) sat down at press round-tables at New York Comic con to shed some light on Jessica Jones. Turns out, playing Marvel TV’s resident super-heroine came at the expense of a few stunt men’s faces.

“This character Jessica Jones is such an adrenaline rush. I’ve never done stunts like this before,” Mr. Ritter said. “I have no experience. I may have punched a few people for real. But I think the stunt men kind of like it? They might get paid more? But I would break character a lot. I would be doing this stunt, and I’d hit somebody in the face and immediately be like ‘Oh my God I’m so sorry!’, just totally switch from badass Jessica Jones to Krystin Ritter, who is not badass. It was a process just getting comfortable with it.”

Through the series first two episodes, none of which I will spoil except to say they are dark, Ms. Ritter toes the line between a cool, no-cares confidence and a genuinely unlikable character.

“At her core I think Jessica is a good person,” Ms. Ritter said. “I mean, she goes about things in a very odd way. She’s rough around the edges. She’s dry, she’s sarcastic. She’s basically a total asshole. But I think at her core she’s a good person. It’s about finding those little moments of vulnerability.” 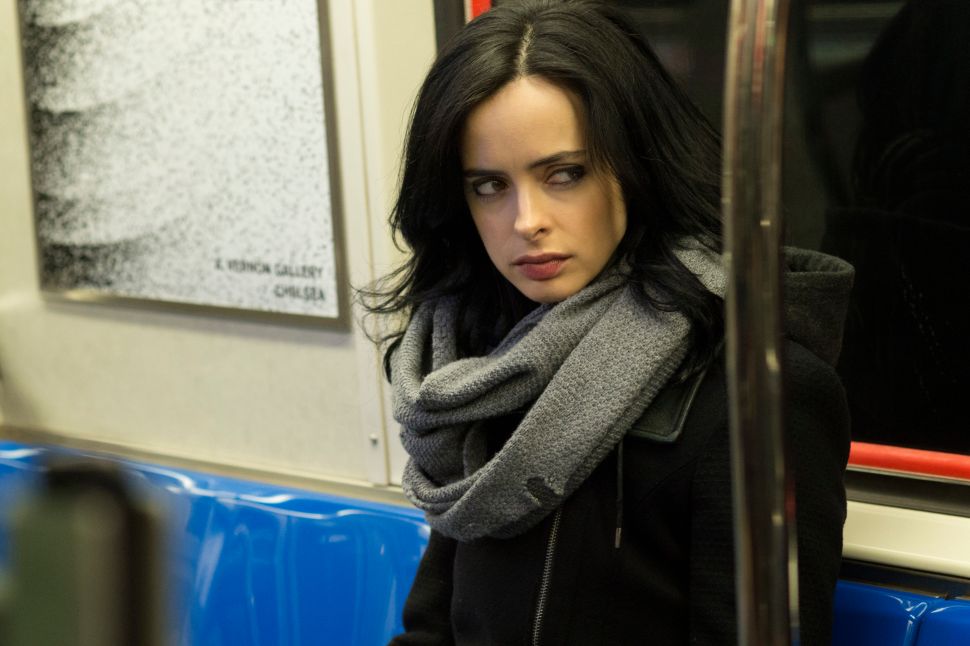