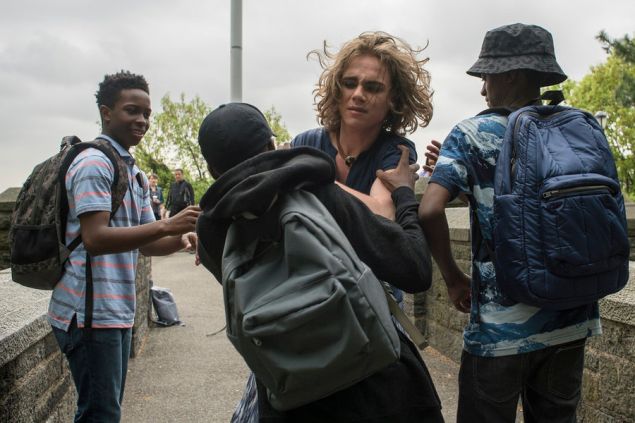 This was a tough one to watch, and not for the reasons one might think – there was no blood, no gore, no gruesome autopsy.

Many times with SVU it’s something like a floating body, a severed limb or the actions of a psychotic killer that makes your stomach turn, but not this time. In this instance, it’s a safe bet that much of your wincing came from not understanding how to feel or who to root for the ‘win.’

Well, that ‘winning’ part is quite a misnomer in this case. In the end, there were  absolutely no winners, that’s for sure.

This episode of SVU, entitled Transgender Bridge, featured two families connected by a horrible tragedy that left one child dead and another imprisoned, all because of a terrible mistake, one that unfortunately couldn’t be undone.

When a group of teenaged boys spot a transgender youth, Avery, in the park, they taunt her relentlessly. Avery doesn’t actively fight them even as they grab at her and attempt to lift her skirt. Her only action is to try to retrieve the camera that her tormentors have taken from her. When Avery brushes up against a young male, Darius, he reacts by shoving her. She stumbles over the edge of a bridge and lands unconscious on the ground several feet below.

As Avery lies in the hospital with a broken leg, Darius, feeling terrible about what’s happened, attempts to apologize with a note and some drawings that depict his hope that Avery will forgive him.  Just as it seems that Darius and Avery will reach a level of understanding, Avery suffers complications from the fall and dies.

Looking to make an example of Darius, an ADA (not Barba!) decides to try the fifteen-year-old as an adult. Even with testimony from Avery’s father that he shouldn’t be incarcerated, that Avery believed in forgiveness, Darius is sentenced to seven years, to first be served in a juvenile facility and after he turns 18, in an adult prison.

What made this episode so interesting is that while it’s about a real crime and the criminal proceedings that follow that offense, it’s really more a study about the intersection of tolerance and compassion; wherein tolerance equals simple acceptance and compassion equates true understanding and empathy.

It was poignant to watch as both the families, and the detectives as well (Carisi in particular), move through those stages from understating to true empathy. That’s something that’s not easy to show in an hour-long procedure, especially without being blatantly preachy about it.

What elevated this installment even more was the exploration of what the term ‘hate crime’ really means. In most stories involving this type of action, there is an actual display of intent to cause harm. This was different in that there was clearly no determination on Darius part to harm Avery. In light of that, can this truly be called a ‘hate crime?’ Darius clearly didn’t ‘hate’ Avery or anything about her, he just didn’t understand. It seems that a lot a people would agree that misunderstanding something does not necessarily equal hating it.  But, under the law, any action that causes harm to someone within a protected class can be prosecuted as a hate crime.

Another element of this story that was quite interesting to observe was the fact that Darius was a truly remorseful young man, one who readily admitted to what he’d done and who was ready to accept the consequences of his actions. Sadly, that action, which was a split-second mistake, caused the death of another person and irrevocably changed the course of his life. But, it was his willingness to own what he’d done and show true remorse that garnered him respect from the characters within the story as well as among viewers engrossed in the narrative

A lack of understanding, poor decision-making and a quick careless action – these are things that we can all understand and relate to. Who among us hasn’t questioned something or someone in a callous manner, or flippantly acted in a way that turned out poorly? Luckily, the majority of the time these thoughtless behaviors don’t result in criminal charges…but, sadly, sometimes they do.

The final shot of the episode, which featured Darius’ mother as she watched her son being led away, spoke volumes. Usually, the final frame features one or more of the SVU detectives contemplating what’s just happened and the effect that it will have moving forward. In this instance, it was much more powerful to see this parent search for understanding, wondering how the confusion within her son’s juvenile brain could have resulted in a prison sentence that will last until his youth has passed him by. That’s a difficult thing for anyone to understand, no matter what your age, but while this may have been painful for both Avery and Darius’ families, the hope is that by exploring some of the confusion surrounding gender identity and offering a path to understanding there will be fewer and fewer bullying incidents and crimes to prosecute. It’s a lofty goal but one that everyone can agree is definitely worth pursuing. 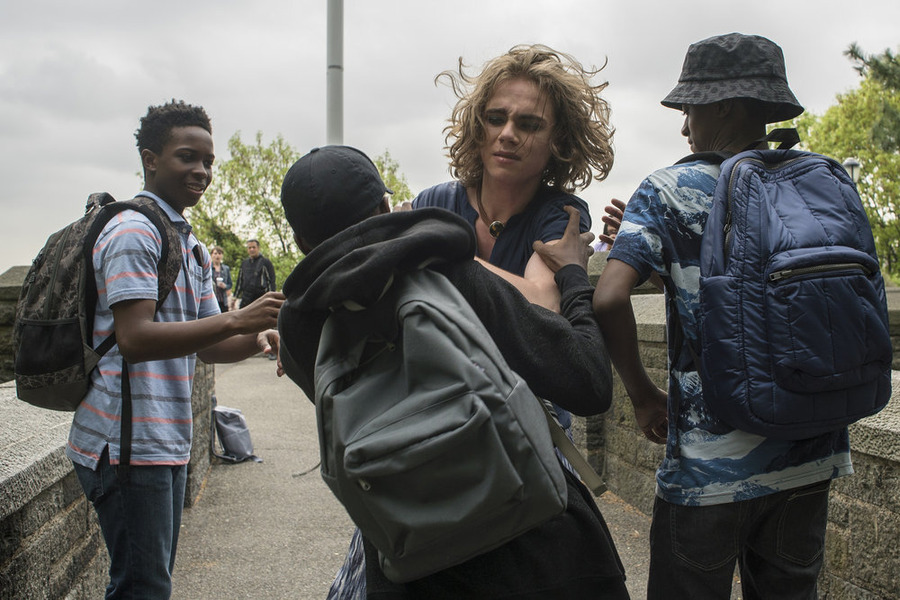