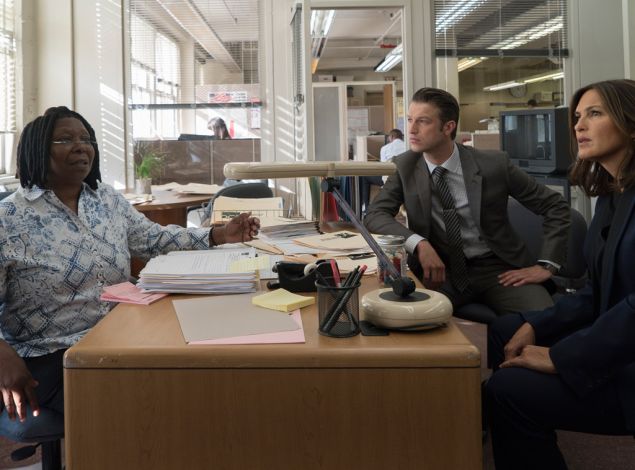 There is a contingent of people who say that Law & Order: SVU is just too hard to watch. For those people, they’re missing out on a level of discussion about important issues that isn’t really present anywhere else, at least not anywhere else in narrative television.

When Dick Wolf first pitched the original Law & Order to then NBC president Warren Littlefield, Littlefield admits that at the time he wasn’t sure if the public was ready for a show about crime and punishment, emphasis on the punishment part. There have always been crime dramas but most ended with the acquisition of the bad guy and that was the end of it. Now some 25 years later, it’s clear that not only were viewers ready for this type of series, that shows the repercussions of criminal activity, but that there is a certain segment of the population that was yearning for this. Yearning for the type of program that fills a emotional need to know about the human condition and its evolution.

Unfortunately, human evolution doesn’t always mean positive progress. Such is the case in this episode, which tells the story of great individual failure, on many levels. There isn’t a mystery per se to unravel here, but there is in-depth investigation into responsibility and consequence that takes place.

The episode opens with a tiny child searching for food in clearly barren cupboards in an apartment. Finding nothing, the resourceful little boy manages to get out of the building, across a busy street and into a bodega where he snags some snacks and lays a few coins on the counter. The clerk, noticing the child is alone, calls the police.

Enter the SVU team who work to determine who the boy is and who is responsible for him. Through their investigation they learn that the child’s mother, a drug addict, had been investigated and supposedly by the Division of Children and Families (DCF) for neglect. After the mother is arrested, detectives Benson and Carisi, along with a caseworker, visit the family home and discover another child, a girl, locked in a dog cage.

When the girl dies, the SVU squad begins to suspect that the DCF workers had not made the home visits that they claimed to have made. A caseworker, his supervisor and a deputy in the department are arrested and charged with multiple crimes.

In court, the caseworker testifies against his supervisor and the deputy. Barba also skillfully points out discrepancies in paperwork versus actual home visits in several cases. In what can only be described as a rant on the stand, the supervisor admonishes everyone in the courtroom for not understanding her plight – the impossible challenge of caring for what she describes as the ‘dregs of humanity.’

At the conclusion of the legal proceedings, the caseworker and the deputy will serve prison time while the supervisor has a breakdown and is shipped off to a mental institution, but it’s revealed that she will plead guilty to manslaughter.

Back in the squad room, Chief Dodds drops the bombshell that he’s saddling (the newly minted) Lieutenant Benson with his son as her number two, and he makes it clear that there’ll be no negotiation regarding this matter. (Next on SVU – the team investigates nepotism!)

On his way out, the Chief tries to settle Rollins, who says she’s been rattled by the case, but in truth it’s more likely that in light of the work she does that she’s begun to question her abilities as a parent (as all parents do prior to their child’s arrival). Dodds simply reminds her that, “You can’t save them all,” which Rollins might understand, but not necessarily want to believe.

In fact, no one wants to believe that statement, because the reality is just too much to bear. It’s heartbreaking to think that even one child is hurt, or God-forbid, dies, because of neglect or abuse, but regrettably it does happen and far too often.

This episode of SVU has elements of a case in Florida in which a four-year-old girl named Rilya Wilson had been taken away from her drug addicted mother and was in the custody of her grandmother when it was discovered she was missing. It was revealed that the child had actually been unaccounted for for over two years and that DCF caseworkers had falsified paperwork and lied about home visits that never took place. Rilya’s body was never found, but her grandmother was convicted of several counts of child abuse and sentenced to 30 years in prison.

Shortly after Rilya’s case, two-year-old Alfredo Montez, also of Florida, was murdered and an investigation uncovered that his caseworker had filed paperwork stating that she had recently checked on the child and that he was fine. She listed the date in her files and it was, in fact, the day he was killed. She had never made the visit.

In the wake of these two cases, the director of that area’s DCF and almost 140 child welfare workers across the state were fired for various reasons, including failure to visit children in their care.

Now, here’s the shocking thing (as if these two cases weren’t shocking enough already), this happened in 2002. Over a decade has passed so one would think that things would be better, right?

In 2014, a court in that same area scolded the local DCF for what they described as a systematic attempt to conceal the true number of children whose lives are cut short by abuse or neglect. And, just this week, Florida’s DCF was ordered to pay out $450,000 to relatives of the Spirit family after Donald Spirit, 51, shot and killed his daughter, Sarah Spirit, 28, and his six grandchildren — ages two months to 11 years. Records show the agency had investigated the Spirit family 18 times for allegations of child abuse and neglect since 2006, including a hotline tip just weeks before the murder-suicide. A report filed in the wake of the killings concluded that investigators had failed by reviewing each incident alone, instead of acknowledging the family’s track record, and for not removing the children from the home.

Yes, all of these things happened in Florida, but there are, sadly, still plenty of other cases that are as tragic as these happening all over the country.

There are things that we hope will get better, but that we’ve accepted probably won’t – the deficit, the lack of congress to agree on anything – but we just can’t accept that this situation won’t get any better.

While the answer isn’t clear, what is clear is that simply looking away won’t help.

Yes, it’s hard to watch, but by not watching, by not acknowledging that these types of things actually happen, nothing will ever change, and that’s just deplorable.

This is something that we shouldn’t be talking about some 13 years after the death of Rilya and Alfredo, but yet we still are. Let’s hope that by talking about these issues now we won’t have to still tell these stories a decade from now.

In this instance, these aren’t just ‘their stories,’ as the opening of the series proclaims, these are our stories as well; as parents, as educators, as living, breathing human beings, we have a responsibility to care for one another. So whatever reasons people proclaim they have for turning away from any of this, well, they’re really just not acceptable.

This might just be a TV show to many, but think of Rilya, think of Alfredo, think of the countless other children who’ve been lost. Their stories are real, very real. These are truly our stories, all of us, and it’s a good thing we have this drama series to remind us of that. 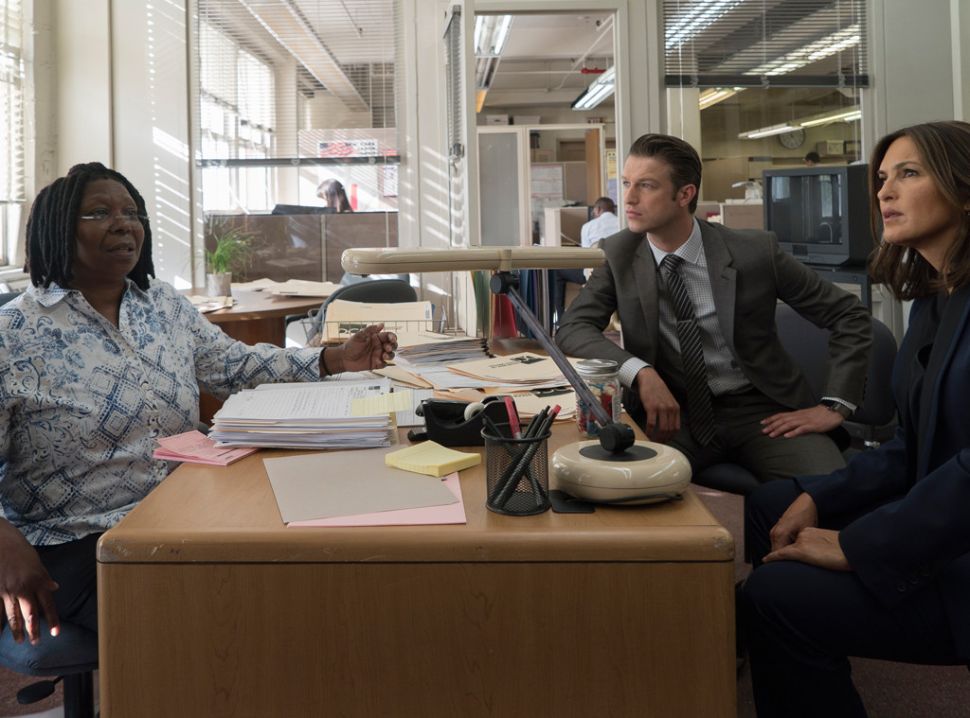