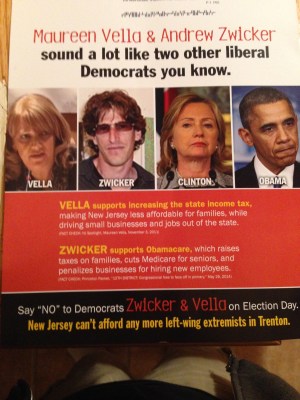 In LD16, incumbent Assembly people Jack Ciattarelli and Donna Simon are attacking their challengers in mail pieces that associate Andrew Zwicker and Maureen Vella with Barack Obama and Hillary Clinton, invoke the dreaded word “liberal” and even feature an undated shot of Zwicker in shades looking vaguely like rock guitarist Ron Wood of the Rolling Stones.

Few in the political establishment have paid much attention this year to LD16, where Zwicker and Vella stepped into a void created by educator Marie Corfield’s decision not to run for an assembly seat a fourth time in a row despite making a financially well-connected and convincing go of it in years past.

But the Republicans are calling their foes by name in a cycle that has already seen a GOP meltdown in a projected battleground district in LD38. “Maureen Vella & Andrew Zwicker sound a lot like like two other liberal Democrats  you know,” says the latest LD16 Republican mail piece, which pictures Vella and Zwicker in a lineup with gloomy-looking Secretary of State and presidential candidate Clinton and President Obama.

The Dems counter-punched in a statement.

“We are proud to be associated with President Barack Obama and former Secretary of State Hillary Clinton,” said Andrew Zwicker and Maureen Vella, Democratic candidates for Assembly in the 16th Legislative District of New Jersey. “The Republicans spent a lot of time to find photos that are years out of date in an obvious attempt to make us look bad without responding to New Jersey’s compelling issues of gun violence, high property taxes, affordable health care and one of the country’s most persistently elevated unemployment rates. This is certainly in keeping with Chris Christie’s tactic to trying to bully dissent into silence.”

The challengers noted the irony of the incumbents’ letter not too long ago wherein they said, “We look forward to a spirited campaign that focuses attention squarely on issues relevant to citizens of the district and state.  Indeed, citizens stand to benefit greatly from our Assembly race, provided everyone is committed to running an issue-based campaign…Our sincere hope is that this Assembly race will not have this effect on voters . . . that this contest will not be a campaign ultimately characterized as “silly”. . . that we’re better than any “smear campaign” and “gutter politics.”

Campaign Manager Seth Levin said in response, “This is more politics as usual. This is why we need legislators, like Andrew and Maureen, with a new approach and new ideas that are not based on political ideology, but driven by evidence and facts. I am disappointed, but not surprised, that Mr. Ciattarelli and Ms. Simon would stoop to this level. Because that is what desperate politicians do – resort to name calling to distract from their blind support of the failed policies of Governor Christie.”

“This statement is comical and almost as embarrassing as my opponents’ performance at the recent debate, where their rhetoric included a number of lies, some of them egregious,” said the assemblyman. “They and their campaign manager ought to familiarize themselves with the old adage, ‘People that live in glass houses shouldn’t throw stones.’” 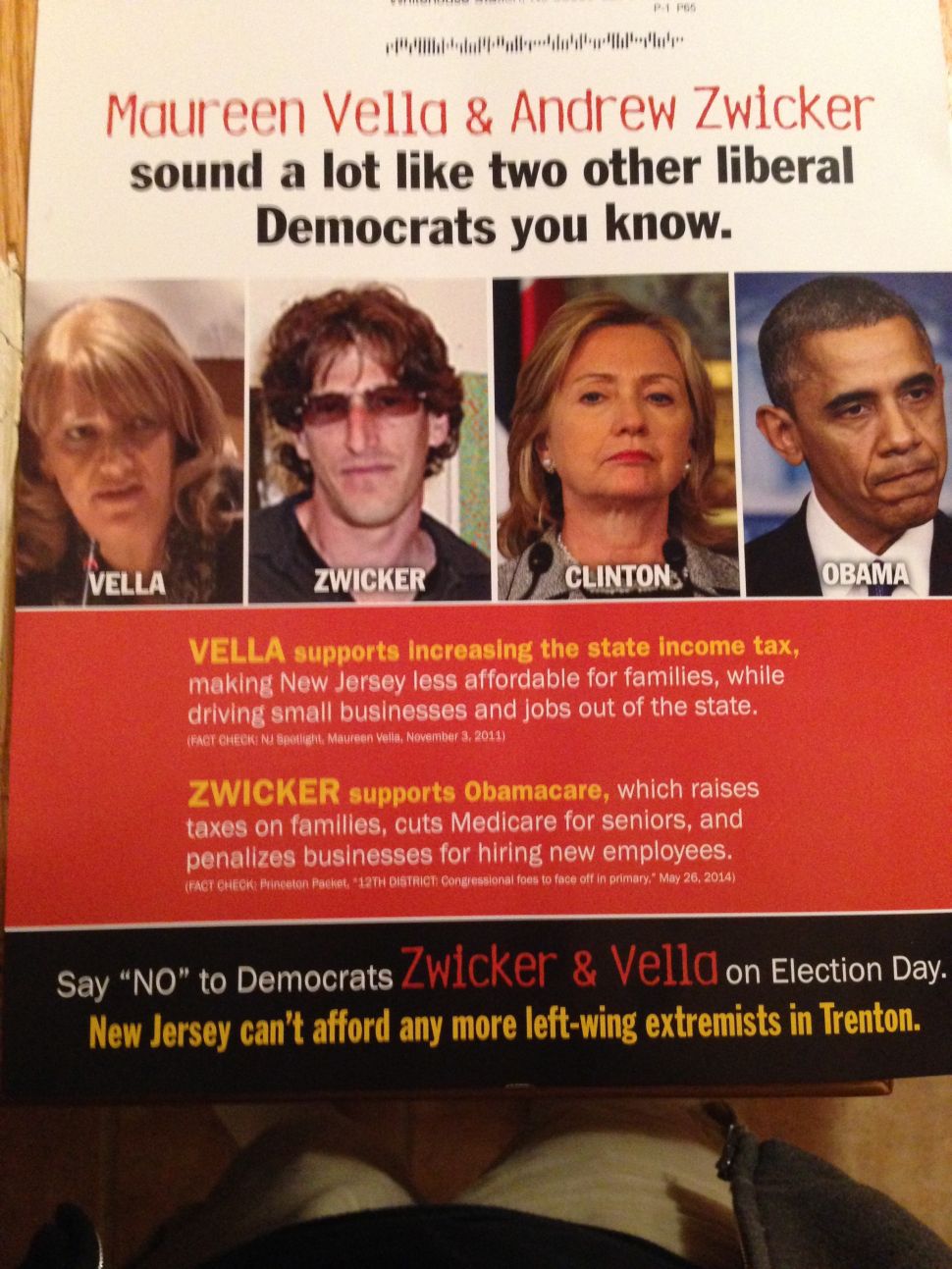