A hearing to put candidate Fernando Alonso on the LD38 ballot in place of former candidate Anthony Cappola has been scheduled for October 14 according to the Passaic County Superior Court.

On Thursday, the Bergen County Republican Organization officially voted to make Alonso the campaign’s official candidate to replace Cappola after his departure from the race.

Now, the BCRO is fighting to switch out the names on the ballot so that Alonso appears alongside fellow candidate Mark DiPisa. The case went to court because of the fact that the deadline to change the ballots has passed and many mail-in ballots have already been sent in. 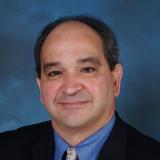