Comptroller Scott Stringer and three Manhattan officials are probing the so-called “sweetener” of the sale of Stuyvesant Town-Peter Cooper Village to the Blackstone Group that Mayor Bill de Blasio’s administration facilitated—the right to auction off the complex’s air rights, which the politicians warned could have a “staggering” impact on Manhattan’s infrastructure.

In a letter obtained by the Observer, the Democratic elected officials–Mr. Stringer, Congresswoman Carolyn Maloney and State Senator Brad Hoylman–called the deal, which granted Blackstone and its partner Ivanhoe Cambridge large city subsidies to prolong rent controls at the development and to use means-testing for new residents, “a positive step toward preserving affordable housing”—but raised concerns about the rights to put the rights for further development at the apartment superblocks, which Blackstone has promised not to use on site, on the market.

“This component of the agreement has not been disclosed in any detailed way either in the public documents or in our conversations about the deal,” the elected officials wrote to John Gray, the Blackstone Global head of real estate. “New York’s communities are keenly aware of the potential impacts associated with air rights, and any plan to radically change the zoning of a large parcel of land must include the community’s voice.”

Outside of special zoning districts, air rights usually have to be sold to a project in the immediate vicinity, but the letter notes there are few such developments neighboring the Stuy-Town-Peter Cooper Village complex, and that news reports indicated that City Hall would grant Blackstone greater latitude in transferring them to a developer in another section of the city. The Wall Street Journal reported that Blackstone could reap $350 million on 700,000 square feet of as-of-right space—but the missive to Blackstone notes that documents from the deal indicate the site in fact has 10.7 million square feet of air rights it could potentially sell, which Mr. Stringer and his colleagues warned could place massive strain on whatever area they get transferred to.

“While we recognize that no official number has yet to be set, the potential impacts of 10.7 million square feet of density on public transit, streets or other critical infrastructure are staggering, and the true number must be clarified and publicly disclosed,” they insisted.

The deal will officially close at the end of the month, but the officials called on Blackstone to first reveal to the public what amount of air rights it intends to sell, how it will discuss the sale with the impacted public, whether it intends to sell them to a single development or spread them out across several projects, what local considerations it will take into account in selecting a buyer or buyers and how much liberty it believes the city will grant it in disposing of the development rights.

“It is essential that these conversations begin prior to finalizing an agreement to ensure time for community consultation,” the officials wrote.

Blackstone shared its letter of response with the Observer, in which the company maintained it had “no current plans” for the air rights, and would go through the typical community engagement process mandated under city zoning regulations when it looked to dispose of them.

“We indicated our willingness to commit not to build and to maintain the important open spaces in the complex, and we simply asked for the city’s support if we sought to transfer air rights to another site,” Mr. Gray wrote. “We fully understand that such a transfer would require a thorough public process.”

Updated to include Mr. Gray’s response. 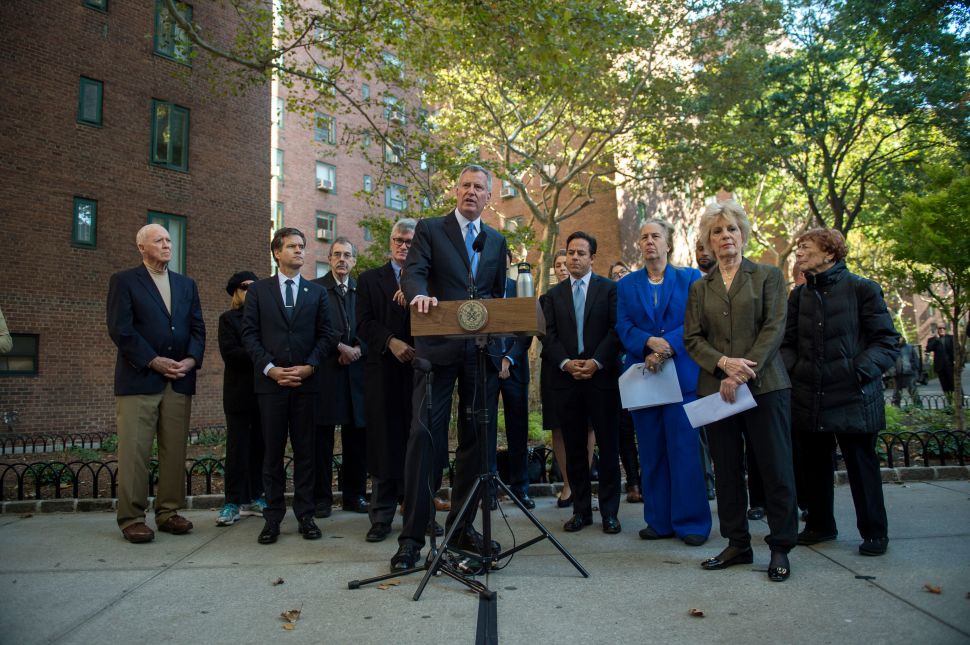