In a memo this morning, MakerBot CEO Jonathan Jaglom announced that the Brooklyn-based 3D printer manufacturer was laying off 20 percent of its staff, along with making several other structural changes to the company. This is the second set of layoffs this year—the first set was in April.

Mr. Jaglom said that the company had been affected by the rapid growth of the 3D printer industry, causing it to regroup.

“For the last few quarters, we did not meet our ambitious goals,” Mr. Jaglom said. “In order to lead our dynamic industry, we need to get back to our entrepreneurial spirit and address our fractured organizational structure.”

The company has poached two tech industry veterans in an effort to refocus company culture. Nadav Goshen, the CEO of emoticon company SweetPacks (which has been accused of being a glorified virus) will become President of MakerBot. Kavita Vora, a former HR director at HP, has also been hired as the company’s Chief of People.

Besides the staff overhaul, Makerbot’s reorganization will involve focusing the company on its so-called “3D Ecosystem.” The company will institute a “defined product development plan,” along with cost-saving measures such as having a third party manufacture its fourth generation printers.

This changing mission will be accompanied by a change of scenery. MakerBot is moving its research and development teams from Industry City to its downtown Brooklyn corporate headquarters. The company’s factory, however, will remain in Industry City.

Despite the changes in Brooklyn, however, MakerBot has still had some recent successes—Voodoo Manufacturing, a spinoff company of Makerbot, had a successful launch this week. And in June, the company announced an expansion into the Asia Pacific market. 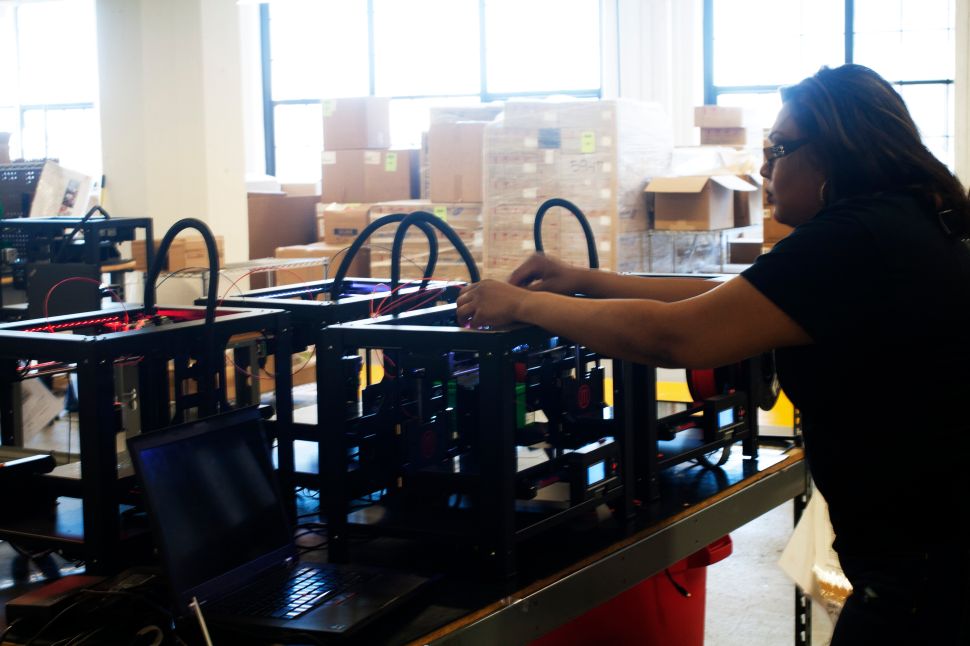