Two members of Congress said they were “deeply concerned” this afternoon following the Metropolitan Transportation Authority’s plan to slash $1 billion in funding from the proposed Second Avenue subway.

Congressman Charles Rangel and Congresswoman Carolyn Maloney, two Democrats who represent Manhattan neighborhoods where the subway is being built or is supposed to eventually reach, said the authority was making a “huge mistake.”

“While we are delighted that the state and city were able to reach an agreement to move the MTA’s capital plan forward, we are deeply concerned that roughly one-half of the reduction in the cost of plan … is coming from the Second Avenue subway,” the veteran lawmakers said.

They pointed out the $26.1 billion MTA capital plan, formally passed yesterday, includes only $535 million for the Second Avenue subway, most of which will be spent for preliminary engineering and design, as opposed to the $1.5 billion originally proposed.

The first segment of the Second Avenue Subway, scheduled to open at the end of next year, will go from 63rd Street to 96th Street. The MTA had originally planned to pay for the tunneling north from 96th to 125th streets by 2019. But under the revised plan, that work will be deferred until 2020 or later.

Adam Lisberg, a spokesman for the MTA, told the Observer the authority is “full speed ahead” on the Second Avenue subway, and made the decision for practical and not financial reasons. “We eventually came to the realization we wouldn’t be able to get a tunnel boring machine at the end of 2019 and all the money in world wouldn’t get us to that point. It would be silly to keep a billion for tunneling when we wouldn’t be able to tunnel,” he said.

But this was little comfort to Mr. Rangel and Ms. Maloney. The East Side of Manhattan has been waiting for a new Second Avenue subway since the old elevated line was torn down a century ago. “Based on the current schedule, one hundred years will have passed and we will still be waiting. This ‘go slow’ approach to the Second Avenue subway is a huge mistake,” they said.

Oddly enough, another leading elected official in the area, Council Speaker Melissa Mark-Viverito of East Harlem, said at an unrelated City Hall press conference today that she was unaware the cuts had even taken place.

“I’m not aware of what you’re referencing,” she told a reporter. “I’ll look into that.” 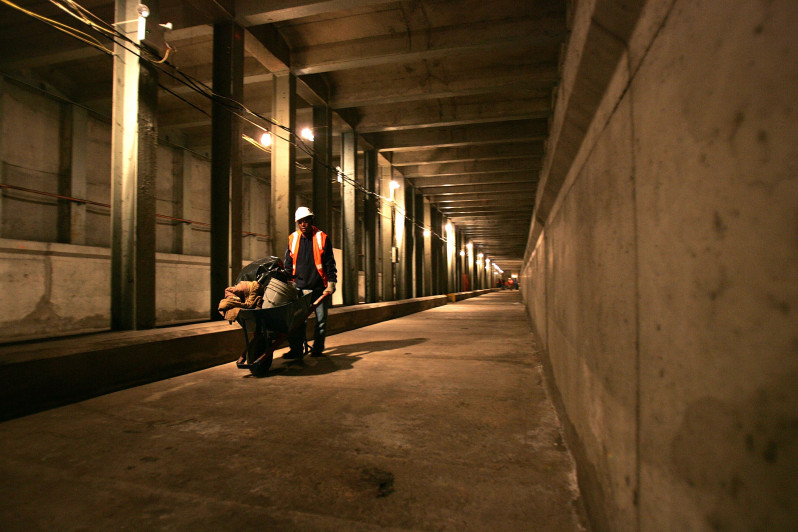