As someone who likes the hell out of Bernie Sanders I have a confession to make: deep down I do not believe he wants to be elected president. He is engaging in the noble pursuit of becoming an iconic voice of social justice and egalitarian economics. But he is doing so by employing sloppy rhetoric about being a socialist that is not intellectually accurate, makes him unelectable in a presidential campaign, and risks doing long term harm to the progressive populist cause.

I spent some important time of my life in Europe, especially when I received an advanced degree from the London School of Economics, where words such as “socialism” have been used for generations with rigor and intellectual precision.

Mr. Sanders is not a socialist in any meaningful sense of the word. He does not advocate nationalizing the means of production. He does not advocate nationalizing big banks, and making them government- owned institutions. He advocates (as I do) breaking up the largest banks into comparatively smaller capitalist institutions that compete with each other to serve consumers in a free market of financial services more effectively regulated, but not owned, by government.

America will not elect a socialist president. Period.

I have been arguing since 2007, when I first warned of the impending financial crisis, that the oligopoly structure of big banks, coupled with the crony capitalist structure of American politics and government that prevented effective regulation of banks, allowed and protected extreme abuses that guaranteed the coming crash–a danger that continues unabated today.

Mr. Sanders and I fundamentally agree about this.

He is right in his diagnoses of the problem; he is right in his advocacy of solutions; where he goes terribly wrong–intellectually and politically–is when he inaccurately labels the solution as socialism.

America will not elect a socialist president. Period.

And Mr. Sanders is not a socialist. Period. It is no coincidence many conservative Republicans, repeating one of the big lies that is a tradition of the far right, suggest President Obama is a socialist because they know that in American politics socialism is a poisonous label.

President Obama is not a socialist. He is a somewhat enlightened version of a crony capitalist who has raised immense amounts of campaign money from hedge funds, multinational banks, and special interests of many varieties while pursuing halfway measures to regulate banks such as the Dodd-Frank law, and halfway measures such as Obamacare that improved healthcare but failed to challenge the fundamental problems of the healthcare system through measures such as the public option or Medicare for all.

When I, or Mr. Sanders, advocate breaking up the biggest banks or enacting a public option or a Medicare for all system we are not calling for the nationalization of the financial services or healthcare systems. We are not proposing government ownership of all banks, insurance companies or Big Pharma. We are proposing a form of mixed economy that involves more fair competition by creating certain government entities that create leverage for large blocks of individual consumers, in the case of healthcare, or regulation that prevents the corruptions of capitalism such as monopoly, oligopoly or excess speculation that leads to failures that are protected by bailouts as in the case of banks.

There is a progressive populist majority in America waiting to be born and waiting to elect a president.

Regarding Social Security, Medicare or Medicaid, progressive populists are not forcing consumers to accept them, or seeking to put private companies out of business by nationalizing them. We are creating safety nets and options that keep private companies honest and combat anti-consumer abuses created by anti-capitalist distortions and corruptions of unregulated and unchallenged big business.

There is a progressive populist majority in America waiting to be born, and waiting to elect a president, but it will not happen when candidates employ sloppy, inaccurate and politically unpopular descriptions of themselves as socialists who oppose capitalism per se. When Mr. Sanders suggests that the role model for his program is Denmark this is factually inaccurate, intellectually absurd, and plays into the hands of partisan Republicans and right wing ideologues who falsely portray progressives as somehow alien to the American way.

Mr. Sanders should cut the socialism talk and talk the American talk.

Mr. Sanders should promote the cause with references to Thomas Jefferson battling the corporatist corruptions promoted by Alexander Hamilton and the crony capitalist Federalists of early America.

Mr. Sanders should champion his reforms with references to the American progressive movement and the presidency of Theodore Roosevelt that battled against the abuses of the Gilded Age in the 1800’s—abuses that continue today in various modern forms.

Mr. Sanders should advocate his financial reforms with references to Franklin Delano Roosevelt and his New Deal that combatted the abuses of the Roaring Twenties that led to the Great Depression and the crash of 1929–which are not unlike the abuses that led to our greatest crash, and will someday lead to our next crash unless major reforms are enacted soon.

Denmark is a wonderful nation, but America is not Denmark, and American voters will not vote for a candidate whose platform is to make America more like Denmark.

Mr. Sanders should speak of equal pay for women by stating that this is an extension of the great movement of the early suffragettes, and speak of support for civil rights called for by Black Lives Matter by stating that this is a modern update of the great movement for civil rights championed by Martin Luther King, and speak of support for social justice by quoting the words Pope Francis recently spoke in his address to Congress.

What Mr. Sanders proposes is as American as apple pie. It is rooted in a strain of Americanism as old as the founding of the republic that has been championed by some of the greatest figures in throughout our history.

Mr. Sanders has won the attention of the nation and assumed center stage in American political life. If he wants to truly move beyond the fringe and become a genuinely viable candidate for the presidency should cut the talk of socialism. He should talk about taking America back, not turning America into Denmark. 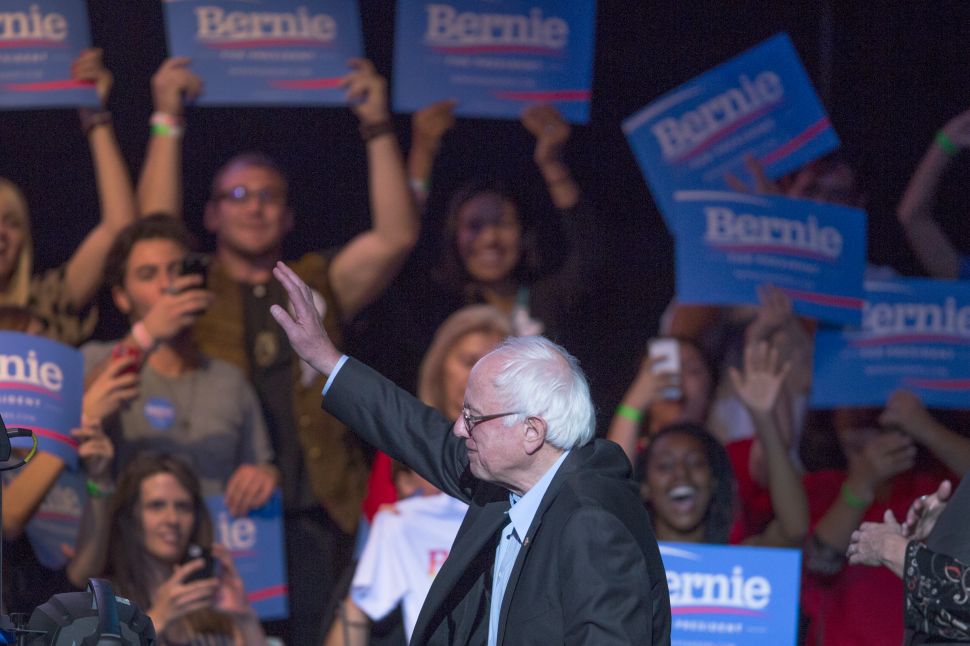