Republican Freeholder candidate John Mitchell has released a response to allegations made by Bergen County Democrats that he did not comply with former County Executive Kathleen Donovan’s resolution to eliminate stipends for part-time county employees in 2012.

Though Democrats claimed that the issue was finally resolved in 2014, Mitchell’s statement called that “a lie.” The statement also claims that “the official record shows this practice has already been addressed and ended two years prior by the Republican-controlled Board of Freeholders and Chairman John Mitchell.”

According to documents released by Mitchell, the resolution was passed on August 10, 2012, just two months after emails between Donovan and her former chief of staff called out Mitchell for his lack of participation and not wanting to get involved in the resolution.

“It’s a shame that rather than having an honest debate on their record of raising property taxes and increasing spending, my opponents can do nothing but put forth a pattern of lies,” Mitchell said. “Their actions of the past week prove that they will say or do anything to hide a simple fact: every time the Democrats control Bergen County’s Board of Freeholders, they raise property taxes. Every time.”

Donovan’s emails, which were dated April 2, 2012, called for a press release to be sent out regarding a freeholder commitment aimed at cutting annual stipends for Northwest Bergen County Municipal Authority part-time employees. On April 18 of that same year, all freeholders including Mitchell adopted the resolution according to documents released by Mitchell.

In June of 2012 Judge Alexander Carver issued a decision that already-working commissioners could not have their stipends cut while remaining in positions. The decision also eliminated stipends for all employees appointed for the first time after April 2012.

The resolution at the heart of the issue (562-12) was an effort to repeal a 1979 resolution paying the stipends.

Mitchell is running alongside Ken Tyburczy and Daisy Ortiz-Berger. They are facing Tracy Zur, Steve Tanneli and Tom Sullivan. 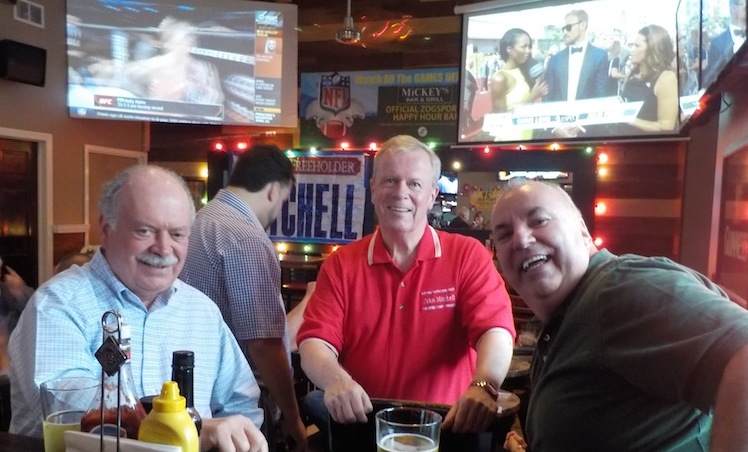