When Tom Ford dropped his video on Friday debuting his Spring 2016 range, he was not the first designer to feature Lady Gaga on both runway and soundtrack as Bridget Foley asserted in her Women’s Wear Daily review. That honor went to one Nicola Formichetti back in 2011 who counted the pop artist as both friend and muse during his two-year stint as creative director at Mugler. It was then that the chanteuse debuted her song “Government Hooker” while smoking and sauntering down the catwalk. Friday’s effort? While it wasn’t a first for Gaga, it was arguably Mr. Ford’s first foray into the democratization of fashion.

Mr. Ford is arguably one of the most exclusive designers alive today. It is routine for the London-based icon to dress only one female star per red carpet event. When Hayden Panettiere dropped the brand’s name as having dressed her for last year’s Golden Globes, a statement was quickly churned out to journalist Jim Shi stating that the item was purchased off the rack and not approved for the event. No surprise here. Remember, this is the designer who made his eponymous women’s catwalk debut with a ban on all cameras in a mostly successful attempt to control the dissemination of the range to the public. 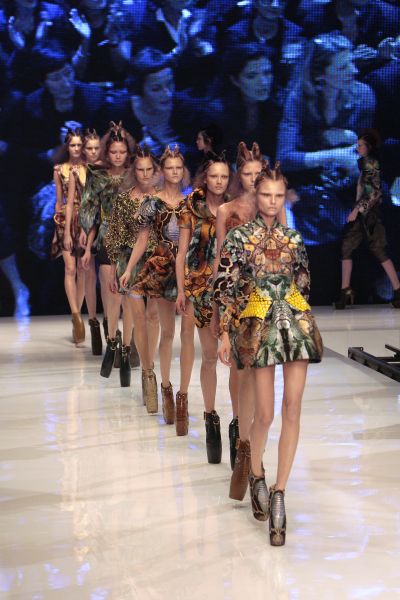 So yes, the show was groundbreaking for Mr. Ford, but not for the industry at large. Sure, the former YSL and Gucci creative head had never revealed a collection to the world at the same time that it was revealed to fashion editors, but the industry at large has. Who can forget how Alexander McQueen overloaded the ShowStudio servers with his Plato’s Atlantis show livestream? Aside from the incredible collection, there was another Gaga tie-in here, where she debuted her “Bad Romance” tune during the show’s finale. And even that Mugler show, though editors were invited to see the show in person, anyone could pull up a link and watch a blonde, ponytailed songstress brood and emote between a gallery of rose colored columns. In fact, this sort of widespread democratization seems par the course for this season’s shows but in a slightly different way from past years.

While services like NowFashion stream video or photos to give the public a version of what editors saw, this season designers gave them the exact same thing. Riccardo Tisci made a voyage to the Big Apple and opened the Givenchy seats to 1,200 people via raffle to glimpse the Parisian brand’s new wares. Sure they didn’t have front row seats à la Julia Roberts, Kim Kardashian and the rest of the current Givenchy muses, but they were in the same space.

Even Kanye West tipped a hat in that direction. While his price point doesn’t put the collection at mass consumption level, the designer at gave away tickets to 36 theatre locations across the world for fans to view his second Yeezy Season showing. It wasn’t anywhere close to being at the actual star-studded show, but it was more involved than sulking solo behind MacBook screen.

Another example (though we’ve oft been told that three makes a trend in fashion, so this fourth is just icing), New York-based four-year-old contemporary brand Misha Nonoo opted for a digital-only presentation presented by one of the most egalitarian of platforms: Instagram. Fashion editors, students and apathists alike only had to pull up the dedicated feed to see the poppy red skirts, jumpsuits and maxi dresses she plans to have on offer next Spring. 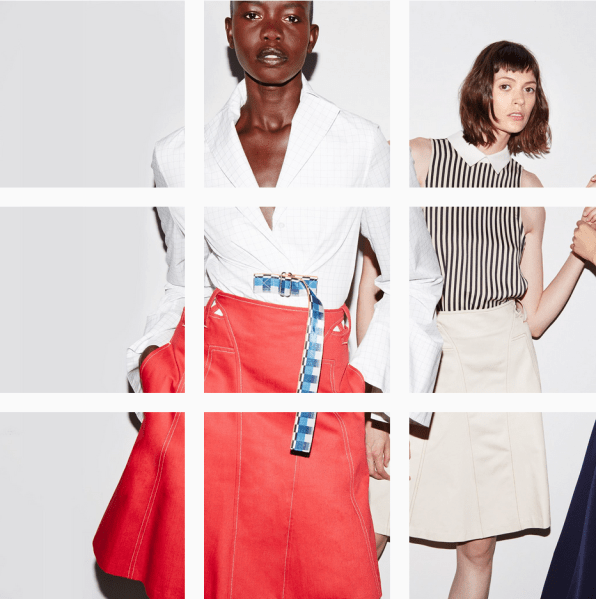 For some, this trend will indicate a groundswell change in the industry, initiating calls for more openness and democratization in every aspect, especially as it is thrust more and more into the spotlight. Tactics like the ones taken by Maxwell Osborne and Dao-Yi Chow, who are now creative directors at DKNY and fielded questions via Instagram direct messaging from fans about their first collection following their show this season, will become expected as opposed to the exception.  And while we don’t have a problem with that theory, we only hope it doesn’t take up too many of our front row seats.