Seeso, a new streaming comedy channel launching from NBCUniversal in January 2016, is going to be a game-changer. I saw a preview of what the service will provide for $3.99 per month–“the price of a latte!” exclaimed Evan Shapiro, who will be heading up the operation after a succesful track record at Pivot and IFC (he’s the guy who brought us Portlandia)– and it’s going to be a juggernaut of jokes. Because it’s coming from NBC, they have all forty years of Saturday Night Live available, as well as original series from Dan Harmon (Harmonquest), UCB founders Amy Poehler, Matt Besser, Matt Walsh and Ian Roberts (The UCB Show) and plenty of their disciples.

During New York Television Festival’s Harmonquest panel last Monday, Mr. Shapiro, who is very, very handsome, with totally amazing hair (seriously, since when did execs start looking like movie stars?) previewed one of Seeso’s originals, a TV show of the webcomic Cyanide and Happiness. It looked very good…almost as good as Mr. Shapiro:

In addition to all the above, you’ll be able to watch deep cuts of comedy, like those brought to us from abroad: Monty Python, the British Office, The IT Crowd and our Canadian favorite, Kids in the Hall. To preview their content, which plans to compete with other streaming channels for the niche comedy consumer, the subscription service has released three short “vignettes” with Amy Poehler, Dan Harmon and the stars of Seeso’s original series Dave & Ethan: Lovemakers, Dave Ahdoot & Ethan Fixell. Check it out below! 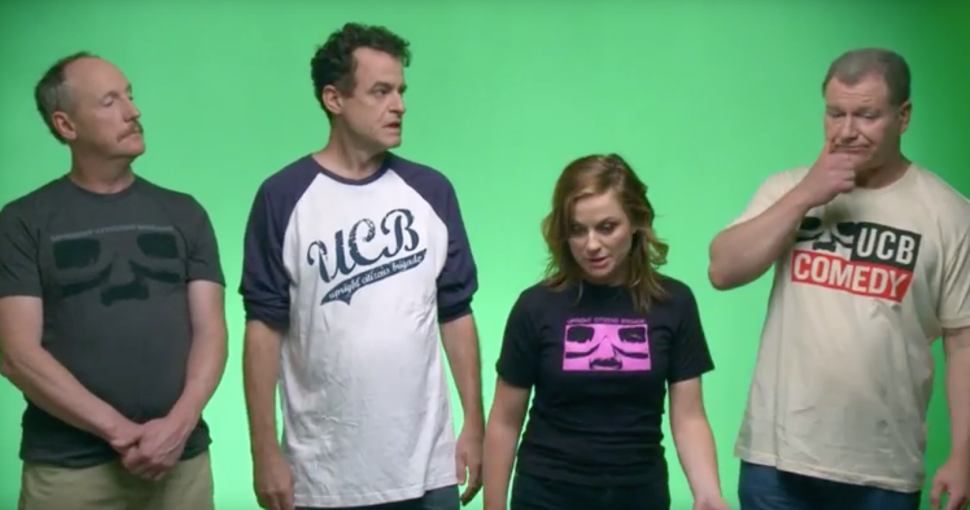