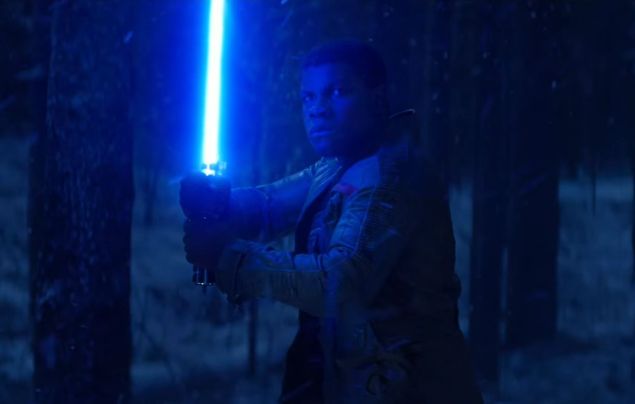 Do you feel it? A disturbance in the force. As if a million voices cried out in ecstasy and haven’t been silenced yet. Yes, Star Wars fans were overjoyed Monday night to find that not only was the awesome final trailer for The Force Awakens going to be revealed during Monday Night Football, but they could finally buy tickets. The sheer number of people trying to get their seats for opening weekend actually crashed both Fandango and Movietickets.com. Now, many screenings are sold out, so hopefully you were able to score some tickets during the brief windows when the sites were actually working.

Back to that trailer though, it was really something special. Here it is again in case you missed it.

Gahhh! So cool! The internet apparently agreed. As expected, every drool-worthy moment was rendered into gif form so we could enjoy them over and over again.

Pretty much every Star Wars fan in the galaxy lost the ability to function.

And seeing our favorite characters again, as well as hearing that iconic music, got us all a little emotional.

And there was no escaping it. Especially if you tried to use any form of social media today.

Everyone got in on it. Even Mark Zuckerberg, who as Reditor Brochachomigo pointed out, was quickly “Han Solo’d” by the official Star Wars account. 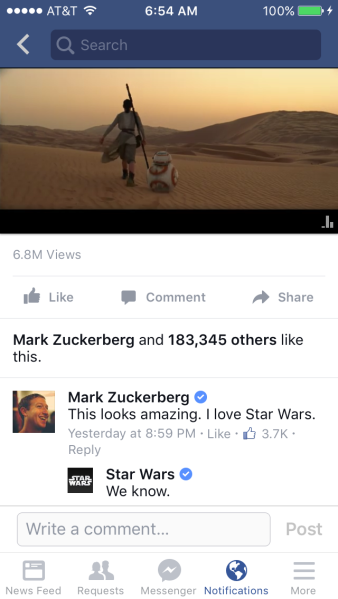 Fans especially gravitated toward one exchange between the new main characters and Han Solo, partially because it shows how much the character has grown over the years.

Of course Han probably has more cause than most to brag about what happened all those years ago.

(I will fight anyone who says otherwise.)

And the line did strike some as oddly familiar.

Some shots conjured up other memories for people.

When you show up early to your soccer game: #Star #Wars pic.twitter.com/b5ERXMnPgq

Even non-fans couldn’t help feeling the force a little bit.

(Now it’s stuck in your head for the rest of the day.)

Of course, it wasn’t all good. Every time a significant portion of the internet starts to feel real joy about something, the trolls come out of the woodwork to ruin everything. This time it was a bunch of white supremacists on Twitter that started a #BoycottStarWarsVII hashtag because neither of the main characters are white men. That’s not just me saying that either. (Warning: The following tweet contains a screenshot of these trolls using horrific racist language)

the angry racist nerds behind #BoycottStarWarsVII are pretty much exactly who you'd expect. pic.twitter.com/h2lGQrmTvx

The hashtag was a top trend on Twitter for most of Monday. Sound depressing? Well, not entirely. It turns out the main reason it was trending was because the rest of Twitter, the sensible side, jumped in to make fun of these assclowns.

but to folks who wanna #BoycottStarWarsVII because there's a black lead, pic.twitter.com/K6NTT7fVMA

Even the official Star Wars Facebook page has no time for these people.

And hey, as a few fans pointed out, if they actually follow through with their boycott, it might actually be a good thing.

If #BoycottStarWarsVII results in cinemas being free of racists, all the better.

Because they aren’t the Jedi of this story. Hell, they aren’t even good enough to be the Sith.

Do people who want to #BoycottStarWarsVII realize that they're the managers of the Mos Eisley Cantina in this story? pic.twitter.com/vJCVKXfaaU

And they clearly aren’t even real fans. Considering they forgot about this guy.

But if these racists missing out on what looks like a fantastic sci-fi adventure isn’t enough for you, one fan devised a more devious punishment.

If you're serious about #BoycottStarWarsVII then this is the version of the film you should be forced to watch pic.twitter.com/VsE5tWPnLv

Either way, we can safely ignore everything they have to say from now on. We’re too busy having fun to pay them any mind.

Now if only December would get here faster. 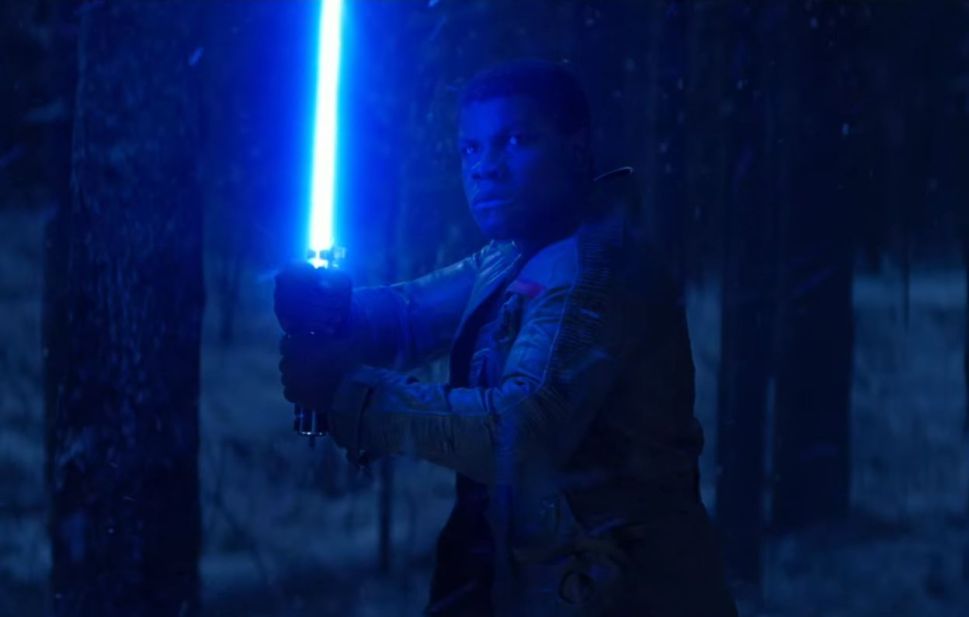