Gov. Andrew Cuomo, a Democrat and Hillary Clinton supporter, ripped into her top rival, Sen. Bernie Sanders, today for not backing stringent gun control measures in the past.

Mr. Sanders, a Vermont independent and self-described socialist, squared off against Ms. Clinton and three other candidates in the first televised Democratic debate of the presidential primary last night. In a rebuke of Mr. Sanders, Mr. Cuomo also declared that he is a capitalist and not a socialist.

“I am a capitalist. This is a capitalist country. I am not a socialist but I think Senator Clinton did a brilliant job with this [in the debate],” Mr. Cuomo told WNYC’s Brian Lehrer. “Government regulates capitalism because capitalism can destroy capitalism. We saw markets run amok.”

Anderson Cooper, the moderator for the CNN-hosted debate, pressed Mr. Sanders and Ms. Clinton on whether they could describe themselves as capitalists. Ms. Clinton, a former New York senator who is running as a more moderate progressive, answered in the affirmative, but said more regulation of the financial industry and so-called “shadow banking” sector was needed. Mr. Sanders did not back away from his belief that the democratic socialism of the Scandinavian countries, with their large social welfare models, was the ideal Americans should be striving toward.

Mr. Cuomo compared Mr. Sanders’ defense of the gun industry to the harm the tobacco industry inflicted on the public.

“You made a product that is inherently dangerous and you didn’t take the proper precautions to protect people,” Mr. Cuomo said of gun manufacturers. “And the tobacco companies paid billions, right? The gun lawsuits–there were 54 of them, all across the country–followed the tobacco analogy.”

“The other thing that I guess the Sanders supporters would say is, ‘you know, he comes from a rural state with widespread gun ownership’ … So is it not fair to let Bernie Sanders off the hook in that way?” Mr. Lehrer asked.

“No. no. not when Bernie Sanders looks in the camera and says this is about doing what’s right and what’s tough even if it’s not politically popular, the polls,” Mr. Cuomo said. “I know the politics of this. I represent New York State. Upstate New York and Vermont and rural communities–I know the political price because I paid, it Brian.”

Mr. Cuomo noted he took a hit in the polls when he backed the SAFE Act, a wide-ranging 2013 gun control law passed in the wake of the Newtown shootings.

“My popularity came down 20 points when I passed the gun bill–the safest, smartest gun law in the country,” he said. 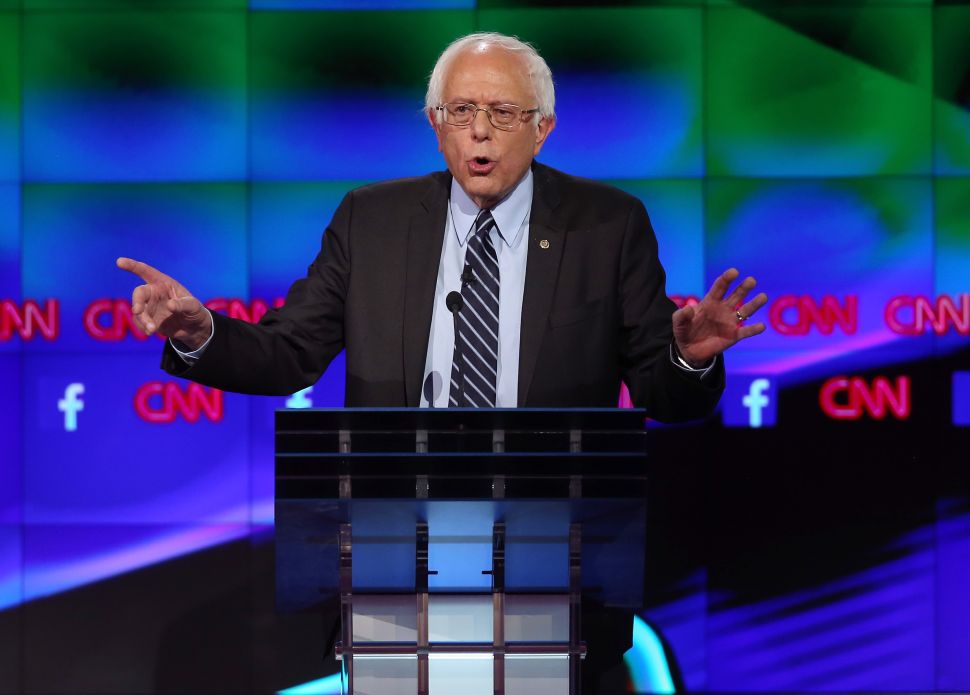