Early one weekday morning, I was invited to sample the barre offerings at the Flex Studios’ new Noho gym. Gripping the ballet barre in the sleek workout room, I should have been focusing on synchronizing my pliés with my bicep curls, but another pressing matter consumed my mind: how I would beat my 20 fellow exercisers, when class ended, to the studio’s sole shower.

After 45 minutes of strategizing—and little focus on my abs—the thought of rolling sweat-soaked into work became too much to bear. I dropped my weights and bolted from the class before it ended, charging into the shower like a lioness claiming her prey. I stepped into the and sighed with a satisfaction not even 10 more pliés could bring.

At least I got to bathe. At too many of the city’s pricey boutique fitness studios, showers are completely nonexistent. Shouldn’t the cost of a single spinning or rowing or aerial yoga class afford me the luxury of not having to negotiate skinny jeans onto my sticky, unwashed legs?

I get it—with building codes to follow, permits to obtain and plumbing to install, it’s not always easy for gym owners to install showers in their new studios, especially when square footage is tight. Though Tamara Behar originally wanted “at least two” showers in her Brooklyn gym, Tangerine Hot Power Yoga, she eventually conceded to going shower-free.

The absence of showers is my only major complaint about Y7, the trendy hot yoga studio. When I raised my dismay, a then-spokesperson tried to assure me, at least, that the grime coating my un-washed limbs was “good sweat”—a sign that toxins had been released from my body. Unfortunately, for my co-workers, it’s a sign that I don’t know how to bathe myself.

But despite my grievances, I’m looking on the bright side. Perhaps I’ll open New York’s first boutique showering studio—the SoulCycle of personal hygiene, if you will. 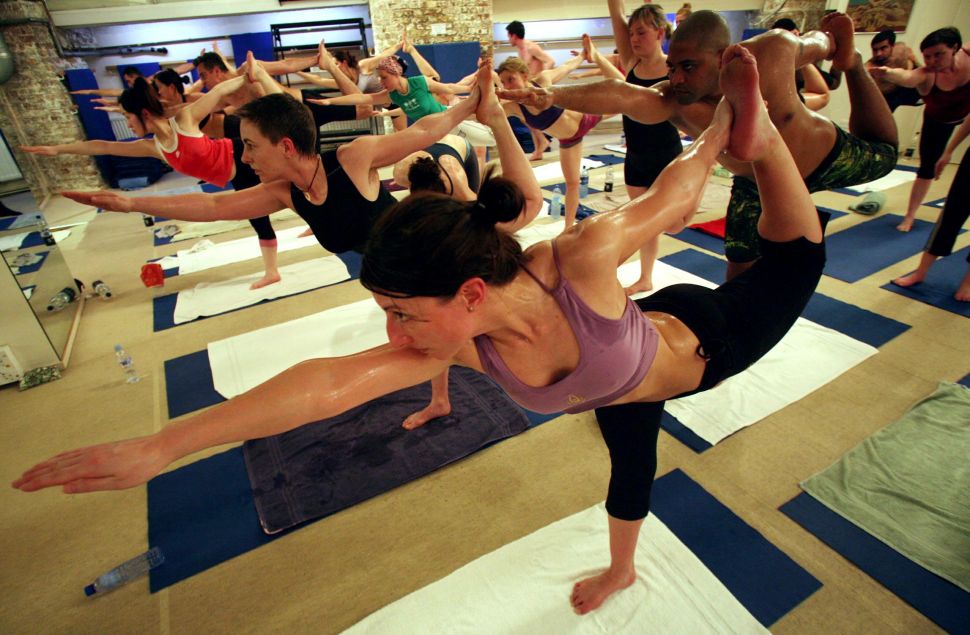