At a time when musical genres didn’t hyper-focus on candy-coated pop, No Doubt brought something special to the table. In between the Sublime-influenced ska scene and 311-soaked reggae tracks, the LA four-piece—comprised of Gwen Stefani, Tony Kanal, Tom Dumont and Adrian Young—carved out a special place all their own.

The band had released one album prior to Tragic Kingdom, but they didn’t reach mass appeal until its release. While songs like “Rich Girl” and “Hollaback Girl” have defined Stefani’s solo career, the popularity of Tragic Kingdom was really the catalyst for No Doubt’s success. Of course, it wasn’t just about the music: Stefani’s look became a mainstay for music fans following the success of Tragic Kingdom. With her beach blonde “Rachel Green” bob, a bindi and tomboy look, Stefani became a marketable trendsetter for the public. In 2015, her iconic ’90s look has been revived in the form of crop tops, pink hair and plaid. More importantly though, No Doubt made combining pop, reggae, rock, grunge and ska, cool—especially back in 1995.

‘Stefani was never quite Alanis (Morissette) or a Spice Girl: she was a tomboy who wasn’t afraid to speak up for anyone who was in-between.’

For misunderstood teenage girls everywhere, Stefani stood out as a central voice for the misfits. She was never quite Alanis (Morrisette) or a Spice Girl: Stefani was a tomboy who wasn’t afraid to speak up for anyone who was in-between. She was the pretty, creative, artsy girl in high school that wasn’t afraid to stick up for herself or you. She was a punk in plaid who served as just ‘one of the guys.’ Stefani was one of the women that you looked up to for her incredible vocals, and ‘I don’t give a fuck’ sentiment. She didn’t care what you thought of her, but she did care about her feelings and making sure you knew what they were. In today’s world, she is essentially the anti-Taylor Swift, but not quite as sugary pop as Katy Perry. In fact, she probably fell in line more with Paramore’s Hayley Williams or Lady Gaga because Stefani has always marched to the beat of her own drummer.

As No Doubt, it was Stefani and co.’s badassery and ballsiness that set the precedent for female-fronted bands to come (see Paramore, MisterWives, Rilo Kiley and Yeah Yeah Yeahs). Stefani paved the way for women who had something to say and who weren’t afraid to say it, alongside many others like Garbage’s Shirley Manson, Bikini Kill’s Kathleen Hanna and The Breeders’ Kim Deal. However, Stefani wasn’t a part of the Riot Grrrl movement, and her look made her more accessible to the mainstream.

‘Stefani’s aim at a male-centric world ended up being one of the most prominent feminist anthems of the ’90s—it’s a song that stands out now as the music industry’s misogynistic outlook continues on.’

No Doubt’s 1995 record was basically a compilation of straight-up hits. While Tragic Kingdom included (and opened with) the energetic “Spiderwebs,” that’s only one of the buzzy tracks that erupted from the album. To this day, I’m pretty sure “Excuse Me Mr.” is the fastest song ever made—at least looking back at No Doubt’s records. But it was “Just A Girl” and “Don’t Speak” that stood out to the public. While power ballad “Don’t Speak” is still one of the most powerful songs to listen to (my heart still breaks when I hear ‘It really feels like I’m losing my best friend/I can’t believe this could be the end’), it was “Just A Girl” that really set things into motion for No Doubt on Tragic Kingdom. The song was featured in ’90s cult hits Clueless and Romy & Michelle’s High School Reunion—movies that served as power-players for unlikely female heroes. Stefani’s aim at a male-centric world ended up being one of the most prominent feminist anthems of the ’90s—it’s a song that stands out now as the music industry’s misogynistic outlook continues on (just look at what Kesha and other female music execs have to deal with when climbing the ranks). Stefani’s sarcasm for a lack of equality made “Just A Girl” one of the catchiest feminist anthems of the ’90s,’I’m just a girl, living in captivity/Your rule of thumb makes me worry some.’

One of the most underrated tracks on Tragic Kingdom, “Sunday Morning” returns to No Doubt’s ska ethos—a song as lyrically authentic as “Just A Girl,” Stefani sings, ‘You’re trying my shoes on for a change/They look so good but fit so strange.’ No Doubt celebrates the misfits, the overlooked and those who just haven’t quite found their places in life. Looking further at the record, No Doubt’s “Hey You” features instrumentals that tend to set the scene for a more worldly take on Return To Saturn—there was always a parallel I saw to “Hey You” and opening track “Ex-Girlfriend.”

After one listen of this album, there’s no denying that Tragic Kingdom is mostly a breakup album. Over a year before its release, Stefani and long-time boyfriend (and band member) Kanal had split. What’s most interesting about this record about how she could have fooled us all with a majority of the songs back when it first came out. Perhaps it’s the tinge of ska and sunshine beats or the delivery of her lyrics, which came across as strong and powerful, but looking back, Stefani knew how to make breakups sound beautiful.

While No Doubt has taken a backseat to Gwen Stefani’s career in the past years,Tragic Kingdom has served as the foundation of the band and Stefani’s career. The album was a win for the outcasts, the misfits and for feminist culture, which still remains a struggle in the entertainment industry. Today, we have voices like Taylor Swift, Nicki Minaj, Miley Cyrus and FKA Twigs that help empower women and defy stereotypes. But, this wouldn’t have been at all possible without a band like No Doubt (and Gwen Stefani) to pave the way. 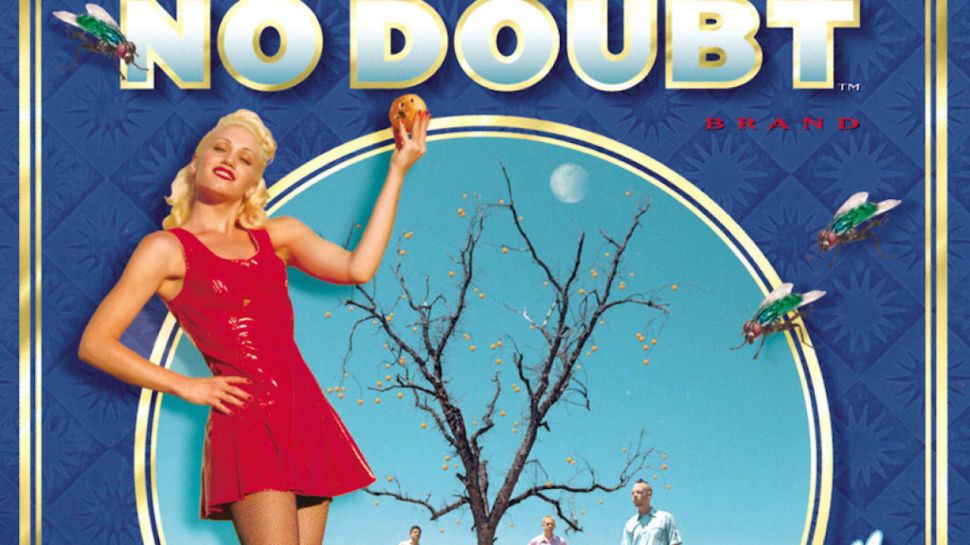