Sean Murray of Hello Games showed off No Man’s Sky at the New Yorker Festival last weekend in Manhattan. If you’re not familiar with the forthcoming game, it will simulate a massive universe, with more planets than any player could ever explore.

How is that possible? Because the worlds are procedurally generated. In other words, the final design of each planet is made by computers. The team spent a long time designing rules for how worlds would generate terrain, climate, flora, fauna and even the sounds animals make.

Mr. Murray takes us under the hood of the game in the following video, walking viewers through a few different worlds, showing how some layers of complexity are added to make them seem realistic, rich with life and variety.

See some gameplay in this video.

The game’s chief architect also adds that he loves it when his game makes mistakes—for example, when they find a world where fish can fly. Speaking of which, toward the end of the video he shows a little bit of how creatures get created by the computers as well.

Mr. Murray also appeared The Late Show with Stephen Colbert Friday, but disappointed gamers by not revealing a release date or a price for the game. Design & Trend reports rumors it deems as credible but not guaranteed that those details could come out at a Paris games event at the end of the month.

The No Man’s Sky demo was part of the 16th Annual New Yorker Festival’s new Tech@Fest, an innovation track added this year. It follows up on a story in the magazine about the game that’s worth checking out if this video piques your interest, “World Without End.”

No Man’s Sky will be a massive multiplayer, but one that’s so big other players may not see each other much. It is perhaps one of the two most anticipated virtual worlds coming out soon, along with Star Citizen, from Cloud Imperium Games, the most lucrative crowdfunding project of all time (which has been the source of some recent controversy and speculation). 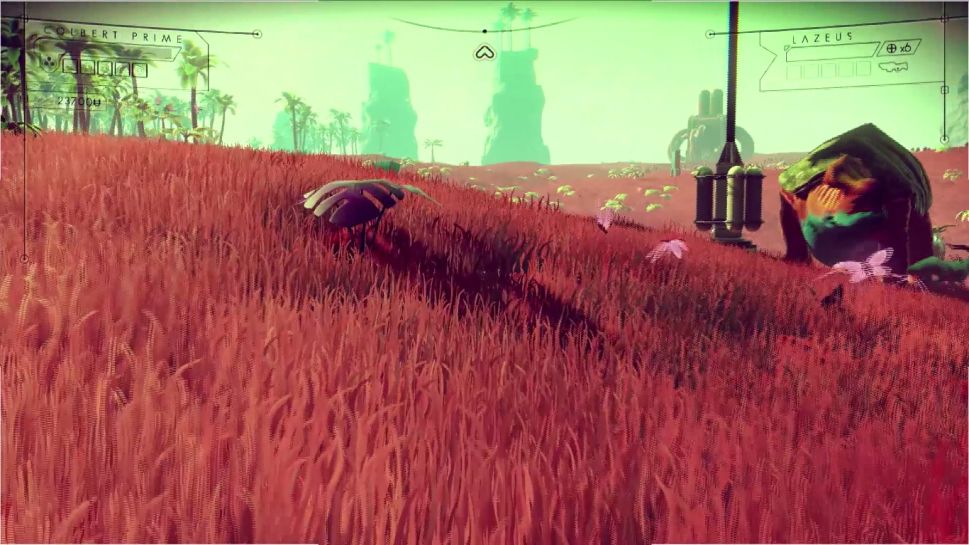