“Looking for the real David [Bowie] is like trying to find Harry Lime, the elusive character from Graham Greene’s The Third Man,” writes Ray Davies, in liner notes for the new Bowie box set, Five Years (1969-1973). “Like his persona, his hairdo changes with each record, as does the brain within his head that manifests itself into a different being as he explores different parts of his psyche.”

It’s as succinct a summation of Bowie’s penchant for wholesale reinvention as you’re likely to find. The English rock star midwifed a half dozen different musical styles—glam rock, punk and even the dance music-laced pop of the 1980s—all by simply refusing to follow the conventional path. Five Years provides a fresh chance to reassess what Bowie truly accomplished, an impressive enough feat as it was happening at the time, but truly awe-inspiring with several decades of hindsight.

“There are so many changes in his music,” Davies writes in the liner notes, “with such a rush of ideas overflowing with imagination that it makes the brain race. He didn’t need anyone to tell him how to go about being a star.” An argument could be made for the Beatles or, to a lesser degree, Brian Wilson’s go-for-broke avant-garde tendencies having beaten Bowie to the punch, but they stopped short. In those cases, each band or musician was still, however faintly, recognizable beneath the finished product.

Not so in Bowie’s case—he avidly destroyed any trace of his previous self, burning it all down and beginning anew.

Just consider the delicate, lilies of the field folk music found on 1969’s Space Oddity, which itself seems to undergo a transformation from beginning to end. (The album’s materials introduce Bowie’s work, in one of the largest understatements ever, by saying, “He formed one or two of Britain’s earliest R&B groups and then started writing and singing his own highly individualistic songs.”)

Two years later, on 1971’s Hunky Dory, Bowie had moved light years away, fusing an Olde English sensibility with crunching guitars and a fey, literary attitude, creating the sexually uncertain brand of rock and roll known as glam. In 12 months’ time, he swerved into the world of Ziggy Stardust, pushing the notion of glam rock—nominally defined as men clad in outlandish costumes, performing music with a theatrical flair generally reserved for the theater—to its absolute limits.

The remarkable through line in all of this, apart from Bowie’s unwavering commitment to total creative immersion, is the consistent quality of the songs from project to project. This astonishing five-year period, which culminates here with Pin Ups, is held up as a high watermark for rock music, period, never mind Bowie’s own career.

Being capable of consistently surprising not only yourself, but your audience, must be thrilling to experience—yet Bowie never betrays any sense of excitement at what he’s pulling off. The simple act of creation and execution was enough.

Young artists who cite Bowie as an influence often cite his chameleonic ability to shift between artistic points of view and styles of presentation. And while it’s impressive and perhaps worthy of emulation, it also misses the point. The wholesale reinvention, the grand, never-ending masquerade, was a means to an end: Bowie couldn’t write and perform as just himself; he needed to become someone else.

It wasn’t necessarily a creative decision, so much as a psychological one—knowing yourself as a cipher, and understanding the artistic value of taking on another personality, can be a very powerful tool in the right hands. Bowie could have only gotten away with this when he did. If any other musician tried something as audacious as the span of records, styles and personalities found in the Five Years box today, social media and scoop-hungry journalists would have destroyed the illusion in a minute. (That might beg the question of just how complicit the British music press was in facilitating Bowie’s constant artifice.)

Which brings us to, perhaps, the greatest irony: In an age now where anyone can literally be anything—from getting in lost in virtual reality to catfishing an unsuspecting stranger—nothing is more valuable than really, truly knowing who someone is. “Authenticity” is a marketing buzzword tossed around with such predictable regularity as to nearly destroy the word’s true meaning. Pop stars try, and often fail, to push themselves in new directions, but again, the rise of everyone knowing everything, thanks to the ceaseless roar of the Internet, has made it spectacularly hard to find a new way to make music.

David Bowie broke new ground from the moment he began making records, as is demonstrated repeatedly throughout Five Years. Although you can hold them in your hands, all these years later, it’s impossible to really grasp the man who made them.

***
The Unbearable Whiteness of Soft Rock 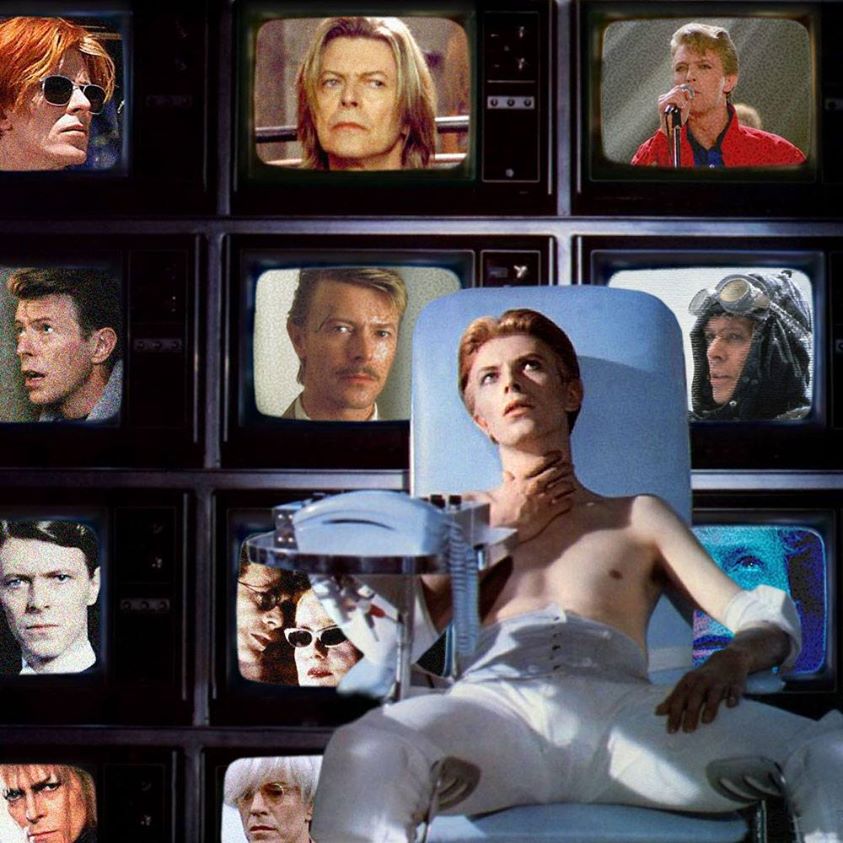