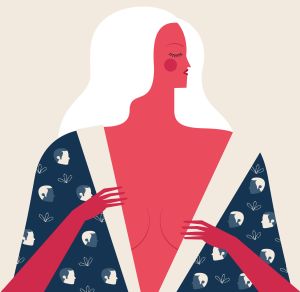 Brooke has a new trainer and boyfriend. Neither of them tells her she needs a boob job or that she’s dumb. In fact, her trainer is complimentary and her boyfriend is kind. She’s even starting to feel pretty.

For years Brooke slept with her personal trainer, Jeff. He was also a model and her fuck buddy without the “buddy.” She hit a real low though when she awakened to find his dick in her face. She’d left her apartment door unlocked and he slipped in undetected.

She would have much preferred her morning coffee and oatmeal but accommodated him nonetheless.

They took off their clothes. She sat at the edge of the bed. He said, “Hey, how are you?” And she said, “Good.” Then they got down to business, and when she started to gag, he flipped her over. Every time she’d reach for him he’d move her hands to her breasts. And when she’d try to look into his eyes he’d bark, “What?”

He’d never bring her to climax and when she’d ask him to wear a condom he’d say, “Shut up and just enjoy yourself.” After doing the jackrabbit (she explained—hard, fast sex) he’d ejaculate on her chest, jump up to wash himself and throw her a box of Kleenex. He’d catch a glimpse of his chiseled body in the mirror and fist pump.

“What did you get out of it?” I lower my voice for the Mercer Hotel Lobby crowd. “Besides getting fucked?”

“I used him.” She corrects me. “I’d stare at Jeff, my feet around his neck, and think if this man wants me with his Acqua di Gio looks, I must be hot.”

“Thanks, honey,” she deflects.

Brooke wants me to know how bad things got before they got better. In her own way, she’s trying to comfort me because the night before I had slipped up with my ex, Jerry.

“How did this happen?” she asks me over mint tea and honey.

‘I’d stare at Jeff, my feet around his neck, and think if this man wants me with his Acqua Di Gio looks, I must be hot.’

I tell her I ran into him at a premiere after-party and hid behind a wall to gather courage and reapply red lipstick. I casually strolled passed him and said, “Oh, hey.” Jerry had a sling on one arm and a girl on the other. I guess he slipped on a boat in Mykonos. When I was back at home in PJs, he texted me, “Don’t be upset, but I’m calling you.” He was downstairs at midnight waiting in his car. He just happened to be in the neighborhood and I hadn’t seen him since May. I threw on a pair of jeans and a sweater I later discovered smelled of mothballs.

I took that as compliment.

My question was more of threat.

“How many times?” I baited him.

I thought if I asked Jerry enough questions he’d tell me why he didn’t love me. He gave me hints. Besides his closed heart, he said I could be depressive and he felt he often had to rev me up.

When I pressed for more, he admitted, “I care about you but not in the way you want me to.”

I tell Brooke how lonely it was to lay my head against his chest. Our passion was almost boring because it was pointless. So I sucked his finger, clinging to my brief power. He touched himself, asked me if I liked that and then, after a bit of coaxing, I blew him in his car, yet again, like Groundhog Day.

I tell Brooke how lonely it was to lay my head against his chest. Our passion was almost boring because it was pointless. So I sucked his finger, clinging to my brief power.

“Because,” I replied, “it was all so stagnant and sad and something needed to be done.”

“I don’t know if I should tell you this,” Brooke reaches for my leg, “but you do smell like moth balls.”

“Still?” I laugh, inhaling the sleeve of my cashmere sweater. “It’s my new perfume Toxic. It keeps the men away.”

I want to know how Brooke changed her story. How she got rid of fist-pumping Jeff and made space for her boyfriend, Pete, who cooks a delicious spaghetti Bolognese.

She also spent a lot of time with her LELO and therapy helped.

“My analyst made me realize I can’t use other people to make myself feel better,” she says. “If anything, it makes me feel worse.”

And then there was that other thing. Brooke looked into the mirror daily to find the best parts of her self and repeated, “I’m beautiful.” After about a minute, her gaze softened and she could see the innocence of her features and her judgment began to fade.

“I’m still not sure if I like how they all fit together on my face,” she tells me, “but my nose is kind of cute. And Pete says sweet things.”

Pete is quite the looker, so Brooke hasn’t exactly kicked her modelizing tendency, but he does care if she has an orgasm.

“Tell me what’s good about having boyfriend?” I ask her. “I’ve forgotten.”

“It’s the simple things,” she says, “like I know if I have to go somewhere I’ll have a date. Or I love when he makes me a latte in the morning. It’s just nice to not worry about that part of my life.”

“Do you ever feel suffocated or trapped?” I ask.

“It’s still kind of new,” she smiles. “But I want to be trapped with him. His steadiness is exciting—I’m over the thrill of drama.”

At home I play the silly mirror game. I run my fingers over clogged pores and notice how much darker it is under my eyes. I think I still look young but wonder how long that will last. Five years? Ten? Two? I do like my freckles. They remind me of being a kid. I pout, which cracks me up. There’s warmth to my chest. I tell myself, “I love you.” That doesn’t really do much, so I play around with words until I stumble upon, “I’m lovable.”  This fires something up and the tears start. So I say it again. “I’m lovable. I’m lovable with tendinitis in my right ankle. I’m lovable with my depressive moments. I’m lovable with my fear. I’m lovable with my pain.” I list my failures I’m lovable for, and then decide I must just be lovable. So if that’s true, why do I throw myself at dry wells?

I romanticize unrequited love. I bathe in the pining. The ache turns me on because as long as I don’t have his love there’s something to reach for. It keeps me going, it keeps me dreaming. But what if he joins me in my dream? Can I own up to my shit and match this theoretical man, have the courage to stare into his eyes and know neither of us is going anywhere? I believe in chance but also in timing, and I’m getting ready to close the gap of disconnect. 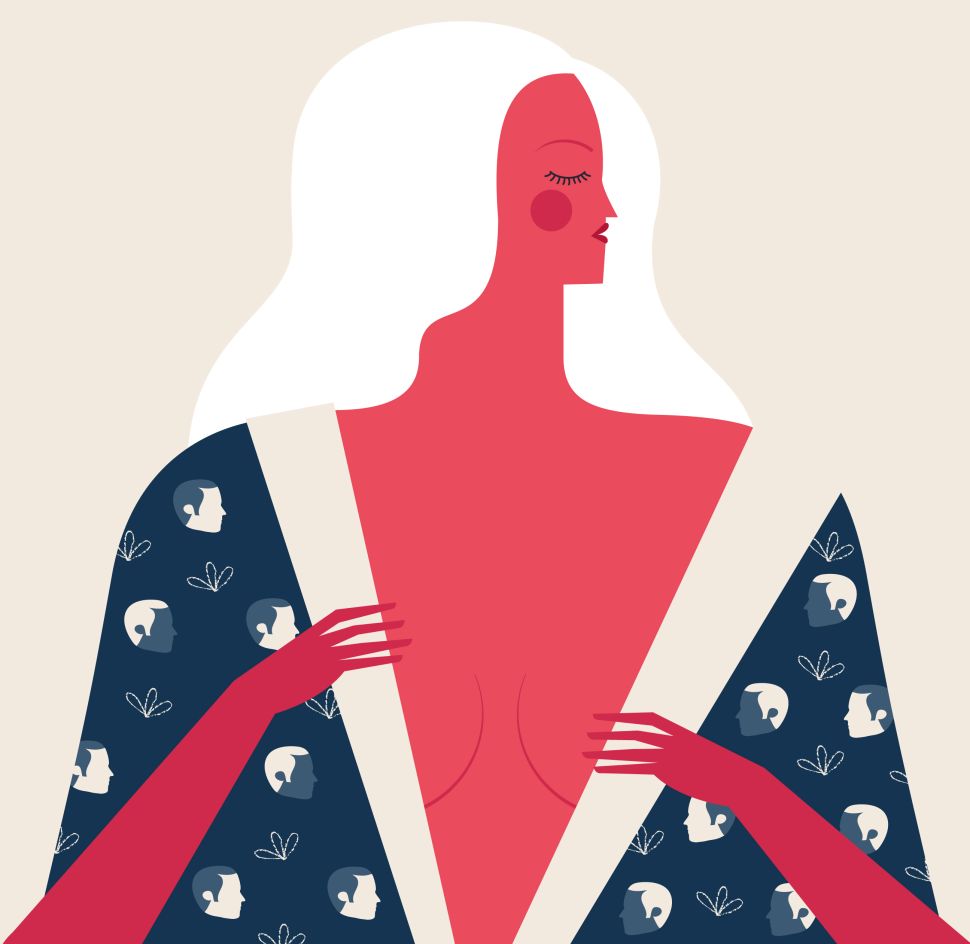