While they can’t stop war, climate change or human encroachment, a California-based nonprofit does have a strategy for protecting world heritage sites against such threats.

CyArk, founded and supported by Ben Kacyra of the Kacyra Family Foundation, uses 3-D scanning technology to create 360-degree renderings of historically and culturally significant sites. The group has begun assembling a comprehensive online archive, with the goal of ensuring that the statues, ruins and relics are digitally accessible and free to the public. Now, the escalating violence in the Middle East is adding urgency to the mission.

In June, CyArk and ICOMOS launched Project Anqa. The joint initiative “intends to deploy teams of international professionals, paired with local professionals to document the at-risk sites in 3-D before they are destroyed or altered.”

“We are losing heritage sites faster than we can physically conserve them,” Mr. Kacyra told The Art Newspaper.

CyArk hosts its annual summit this week in Berlin, Germany. Meeting October 20 and 21, leaders in business, education and the arts will discuss the theme of “Resilience through innovation.”

Mr. Kacyra, an Iraqi expatriate, recalled his inspiration for CyArk, in a 2011 TED Talk, citing the Taliban’s 2001 destruction of the Buddhas of Bamiyan. “Unfortunately, there was no detailed documentation of these Buddhas,” Mr. Kacyra explained in the talk. “This clearly devastated me.”

He was also concerned about the fate of two Assyrian statues of winged bulls that guarded the ancient city of Nineveh (located in modern day Iraq), which he recalled from childhood.

CyArk took matters into its own hands, dedicating a full comprehensive archive project to the Nineveh Region. This move proved prudent when the bull statues and many other antiquities in the ancient city were destroyed by ISIS this February. They are joined in the fight by scholars at Oxford University, as the Observer has previously reported.

And if you’re in Berlin this week, try to catch, Zhang Xinyu and Liang Hong, whose full-scale holographic recreation of the lost Buddhas of Bamiyan last summer filled in (literally) the space that couldn’t be saved, and who will be on hand to discuss digital 3-D archiving methods and strategies. 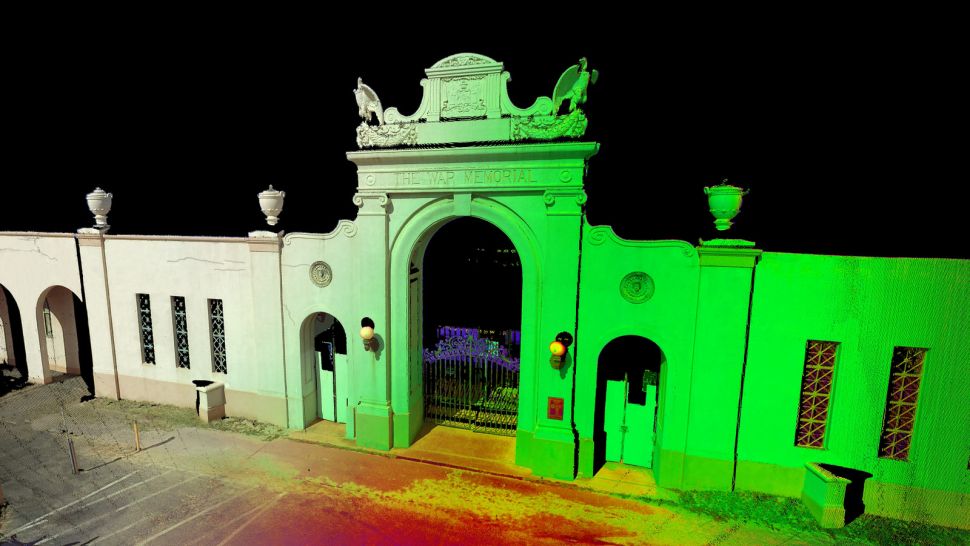