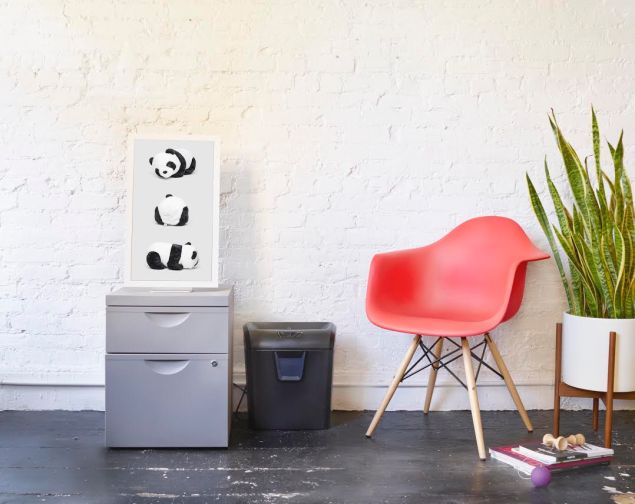 Add some pandas to your home.

Two dissidents from different sides of the globe sat in an art studio in Beijing earlier this year, shredding high level security documents. They weren’t trying to destroy the evidence though; they were making stuffing—leaked document stuffing—for 20 toy pandas.

American Jacob Appelbaum, a hacker and former spokesman for Wikileaks, had paid a visit to Chinese artist Ai Weiwei’s Beijing studio. And together they made an artwork, commissioned by Rhizome and the New Museum, called Panda-to-Panda, which consists of 20 stuffed pandas that have been de-stuffed and re-stuffed with shredded documents and a flash drive full of security documents provided by Mr. Appelbaum.

Now, a digital version of Panda-to Panda will be available to anyone via digital art distributor Electric Objects, EO’s founders told the Observer.

Mr. Ai has been a visible and recognizable presence—speaking up about being surveilled, beaten, harassed and censored by his government—while Mr. Appelbaum has been less visible to Americans.

Mr. Appelbaum (also a developer of the first anonymous browser, Tor) left the U.S. in recent years for Berlin after being detained at U.S. border crossings repeatedly, following the deluge of material Wikileaks released indicating that the government had lied about how many civilians were killed in Iraq and Afghanistan, among other things.

Mr. Appelbaum said he and his then-partner were being followed before he left the U.S. and his Twitter activity was subpoenaed by a U.S. magistrate in early 2011.

So the technologist and the artist have a lot in common.

Want to support the pair? Now it’s much easier–for $599, this month only, you can buy a EO set-up for your home that comes preloaded with Panda-to-Panda.

Such a democratic distribution process is a perfect fit for the overtly political work, which takes the symbol of Chinese diplomacy and literally stuffs it with the West’s dirty laundry.

Jake Levine started EO in 2013, when he realized he wanted to decorate his apartment with art but wasn’t sure where to begin or whose work to buy. (“I’ve heard of this guy Jeff Koons,” he said, but knew nothing about the art world.) Instead, he helped create EO with Zoë Salditch. EO delivers a computer screen, usually for $499 each (it costs extra this month only, but proceeds go to charity), which shows a different series of curated art works each week.

While the viewer is the only way to buy Panda-to-Panda currently as a private citizen, the viewers with the Pandas may also retail at the New Museum gift shop. An agreement is still being worked out, Mr. Levine said.

This month, anyone buying the EO1, the current model of in-home art screen, gets not only a permanent but changing art installation for the home, but also the deceptively adorable Pandas-to-Pandas—a piece of history and a political statement. (Sadly, the trove of documents that came with the original work don’t come loaded on the EO computer screen).

While Panda-to-Panda premiered at the New Museum earlier this year, non-profit Rhizome, which helped fund the project, is also in the process of seeing that the physical pandas, chock full of secret docs, are disseminated to a variety of places, so as to create a sort of global archive of the information that many Western governments would surely love to have forgotten. While the digital version won’t preserve the leaked docs, it will provided additional money to the organizations that made Panda-to-Panda possible.

So do you want to help fight the good fight while also adorning your walls with cuteness? It’s your lucky month. 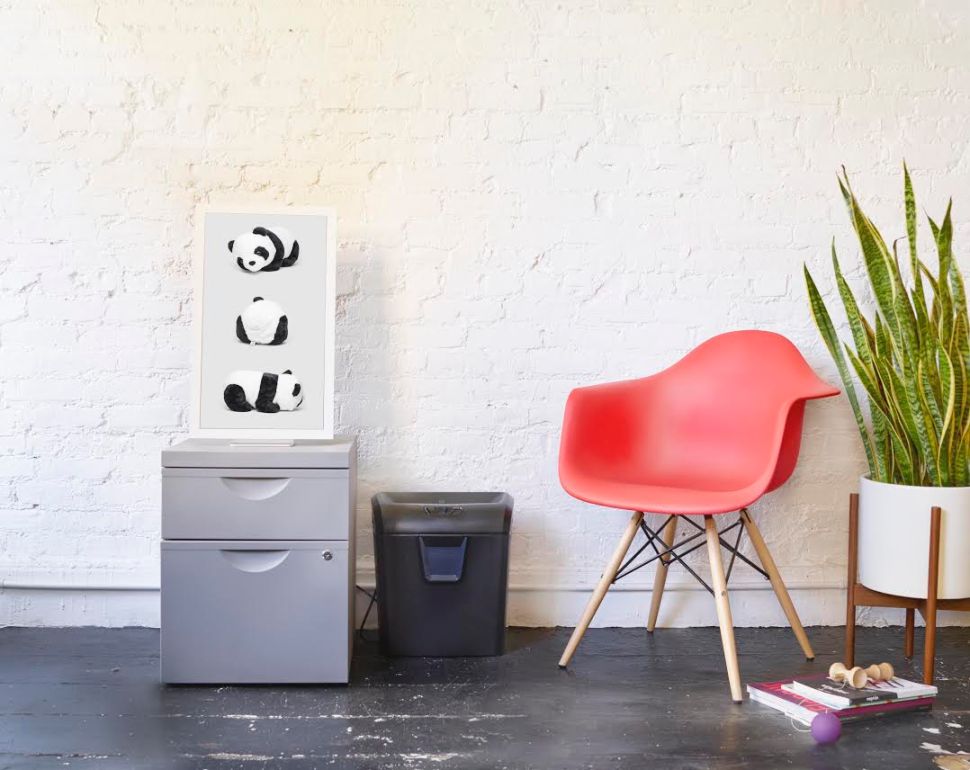