It is not a particular sign of the times that the New York Television Festival’s Creative Keynote panel was headlined by five TV showrunners. After all, the ‘showrunner’ itself has become a sort of mythic position in recent years, with Vince Gilligan, Ryan Murphy, Kurt Sutter and the like being mentioned in the public discourse even more than the shows they oversee. And it isn’t even shocking that all five of these showrunners happened to be women — in the constantly evolving landscape of TV production, to be surprised at a female boss is akin to being surprised at a new season of The Simpsons.

No, the part of the event that actually felt like yet another step forward was the fact it wasn’t marketed as “Women Showrunners: What a Concept.” When Courtney Kemp Agboh (Power, Starz), Blair Breard (Louie, FX), Anya Epstein (The Affair, Showtime), Barbara Hall (Madam Secretary, CBS), Michelle King (The Good Wife, CBS) and Stephanie Laing (VEEP, Vice Principals, HBO) took the stage at the SVA Theater, it wasn’t to discuss being a woman that creates great TV. It was simply about creating great TV.

On cable vs broadcast vs streaming

“I think it’s so ridiculous that we let broadcast and cable shows compete at the Emmys. It’s not the same animal. It’s offensive to me,” Ms. Kemp Agboh said. “When people complain to me sometimes, I tell them ‘we’re doing ten episodes.’ Down the street at The Good Wife, they’re doing twelve more than us. The pace – the pace of how you break things, the pace of how you direct things, the way that it gets away from you when it all starts rolling downhill — it’s just different. Broadcast is so much more difficult. We do sex, and violence, and shooting someone in the head, and we have 58 minutes to do it? If I can’t pull that off I’m an idiot.”

“The meanest drug dealer in your gang can be gay, and it ain’t no thing.”

“FX is basic cable..so [Louie does not] have a large budget, AND we still have to get approval for everything that might be a little bit racy,” Ms. Breard said. “Where as I just did a pilot for Amazon with Tig Notaro, and it was like ‘Anything! Money! Freedom!’ and it was so cool. We can shoot more days, and try things and not keep them in. It’s all just really different.”

“The rule for taking notes is a lot simpler than you might think. Take the notes you like, and don’t take the notes you don’t like,” Ms. Epstein said. “Because if you stonewall them all, they can’t trust you. But if you take them all, they can’t trust you. You sort of work out a system where, you know, you’re a fool not to take a good note, regardless of where it comes from.”

“I mean they know ‘we’ll look at it’ means fuck off,” Ms. Kemp Agboh added. “You’re not fooling anybody when you say that.”

The greatest fear as a showrunner

“Every 18 days, we have to have a script out. Everything to me about network television is time,” Ms. Hall said. “It’s all about time. Time is the enemy, it’s what you’re working against all the time…everything else we can fix. Things fall apart, we can fix that. But making sure the writing train is on time is what makes me nervous.”

What these producers want — or what is missing — from television today

“I actually would like to see more LGBT content that is not just made by LGBT folk. I’d like for it to be more inclusive all over the place,” Ms. Kemp Agboh went on to say. “Just make your world look like the real world looks. It doesn’t have to be about that. The meanest drug dealer in your gang can be gay, and it ain’t no thing. That would be so great, for television to look like the true representation of our times.” 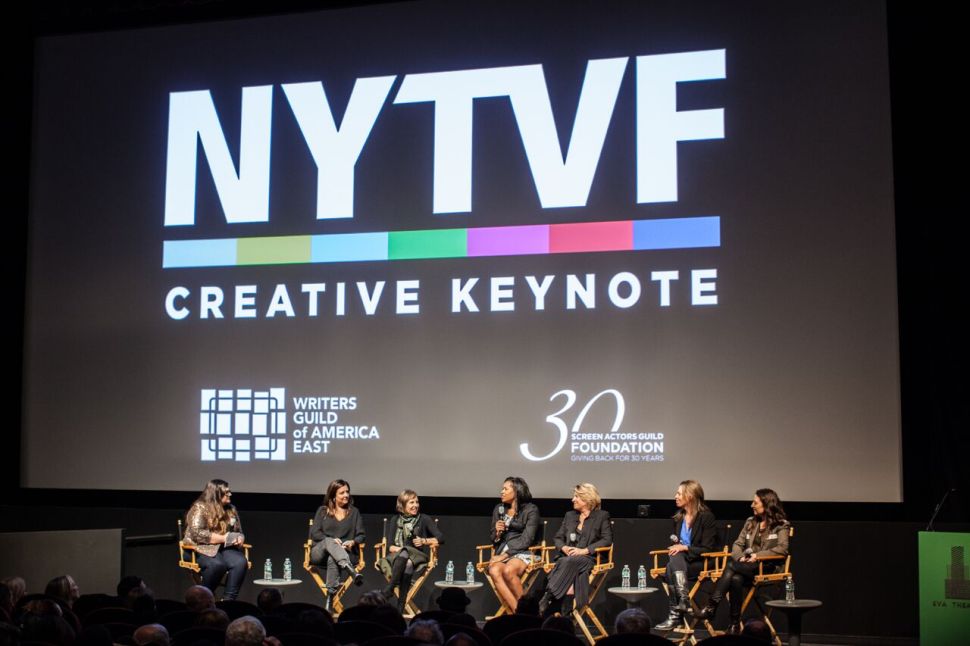