[youtube https://www.youtube.com/watch?v=oRLW-qQLMQs%5D
You don’t have to snag a seat in Hammerstein Ballroom to get exclusive info on former LOST showrunner Carlton Cuse’s original dystopian drama Colony. Starting at 10 AM Friday, the Colony street team will distribute exclusive postcards introducing the never before seen character Geronimo, a “mysterious figurehead of the Resistance movement within the Los Angeles bloc.”

Colony, from Mr. Cuse and Hercules writer Ryan Condal, USA original set in the near-future. Lost‘s Josh Holloway and The Walking Dead‘s Sarah Wayne Callies star as parents trying to “survive and bring liberty back to the people of an occupied Los Angeles.”

Below is the postcard featuring four buttons based on the show’s street propaganda; on one side the Occupation, the other side Resistance. The red button is the first ever mention of Geronimo, a character USA tells us is “key” to the narrative of the series. 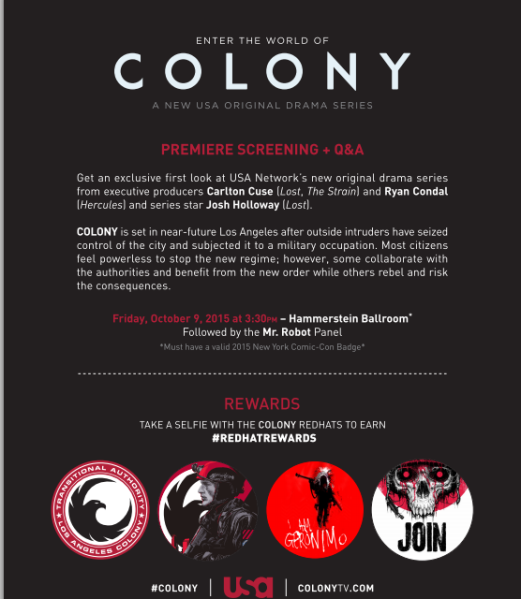 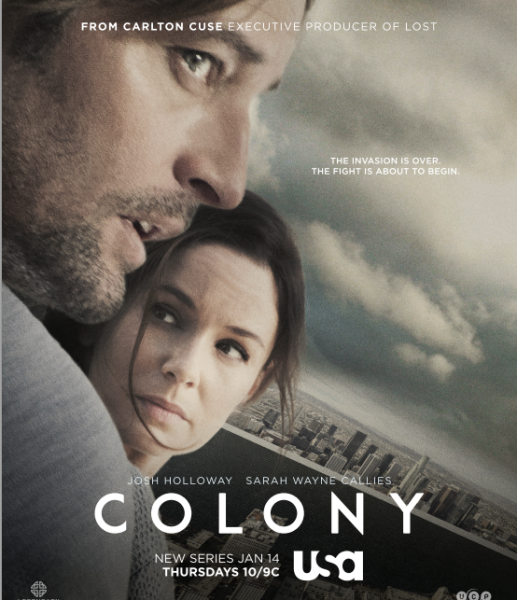 Colony premieres January 14, 2016. Carlton Cuse Ryan Condal and Josh Holloway will screen the pilot episode on Friday at the Hammerstein Ballroom, followed by a panel discussion from the stars and creative of USA’s break-out hit, Mr. Robot. 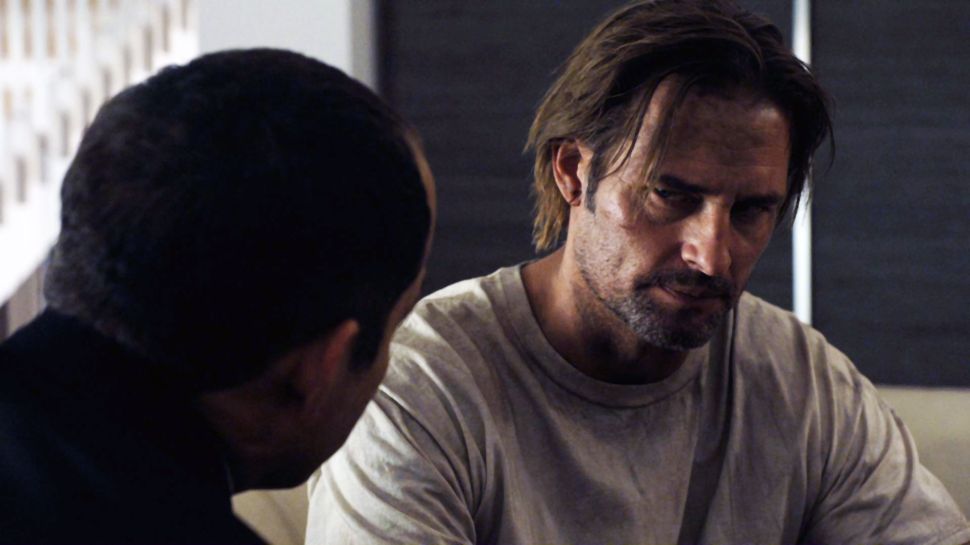