Last week, Israeli Prime Minister Benjamin Netanyahu spoke at the opening of the United Nations General Assembly in New York. As he has done before, Mr. Netanyahu vowed that Israel would “do whatever it must do” to prevent Iran from building or acquiring nuclear weapons.

More than a month ago, in a story that gained surprisingly little attention in the United States, Israeli media ran audio tapes of former Israeli defense minister Ehud Barak – the most decorated soldier in Israeli history – describing to his biographer three occasions since 2010 during which Israel nearly attacked Iranian nuclear targets. In each instance, the Israeli government chose not to move forward with a military strike due to lack of certainty that it could be effective.

In light of these reports, what are we to make of Mr. Netanyahu’s statements? Will Israel really do whatever it must to prevent Iranian nuclear weapons? And will the United States help or hinder such a move?

The mullahs learned well the lesson that Saddam Hussein learned in 1981 when Israel bombed the nascent Iraqi reactor at Osirak. Days after that attack, then-prime minister Menachem Begin announced the Begin Doctrine – that Israel viewed the development of weapons of mass destruction as an existential threat regardless of the stage of development and would preemptively attack as a means of counter-proliferation.

The Begin Doctrine also led Israel to attack and destroy a Syrian site in Deir ez-Zor in 2007. In his memoir, Decision Points, President George W. Bush wrote that then-prime minister Ehud Olmert asked the United States to bomb the site, but that the evidence was insufficient to warrant U.S. action. So Israel did it.

The Begin Doctrine and years of warning about Iran notwithstanding, there has been no attack. While Iranian surface-to-air and air-to-air defenses are not insignificant, they are certainly manageable for the Israelis. But Iranian nuclear facilities are deep below the surface and covered in steel and reinforced concrete. The Maverick missiles and 500 lb. bombs used by the Israelis against the Syrian facility wouldn’t work at Iranian sites.

In his August 19 letter to Rep. Jerrold Nadler—which was sufficient to win the support of the skeptical lawmaker for the Joint Comprehensive Plan of Action—President Obama touted the sale to Israel of the BLU-113 Super Penetrator—a 5,000 lb. bomb developed in the 1990s (since modified) that can penetrate about 20 feet into reinforced concrete. But the United States has in our arsenal the Massive Ordnance Penetrator (MOP), a state-of-the-art 30,000 lb. bomb able to penetrate some 200 feet. Why such a significant difference between what the president brags about doing and what he actually could be doing? Why not give or sell the MOP to Israel?

Before dealing with the political answers, we should acknowledge a few non-political possibilities. The U.S. Air Force took delivery of a handful of the bombs in 2011 and funding has been appropriated to further develop the weapon. So, it’s entirely reasonable to conclude that there isn’t exactly a large stash of MOPs sitting around waiting to be transferred to our allies. Actual deployment of the bomb is another possible obstacle for the Israeli Air Force, a fleet of mostly fighter aircraft that probably don’t meet the specifications for carrying a 30,000 pound bomb (especially not when also carrying sufficient fuel to fly to Iran and back).

But, with this Administration, there are always political considerations at play, never more so than when it comes to its dealings with the Jewish state. Obviously, President Obama does not want Israel to attack Iranian nuclear sites. He and those around him have long believed that it might rally Iranians to the mullahs and result in a significant military or terror response from Tehran. But, in recent months, those calculations have come to include the president’s defense of what most Americans believe is a disastrous nuclear deal with Iran.

President Obama has just concluded an agreement between the P5+1 powers and Iran that everyone believes will be the centerpiece of his foreign policy legacy. From the president’s perspective, an Israeli strike at this juncture would undo all the work he has done and the political risk he has assumed. The sale or transfer of the MOP to Israel would make an attack on Iranian facilities more likely by increasing the probability of its success. Sending the BLU-113 allows Mr. Obama to claim that he has armed the Israelis with “bunker-buster” weaponry without simultaneously increasing the odds of attack.

Given what we know about Israeli history – and what we have learned in the past months from the former defense minister – it is reasonable to conclude that, if there was general agreement among the Israeli leadership that they could succeed in attacking Iran, they would have done so by now. The JCPOA, by confronting the Jewish state with its abandonment by its supposed greatest ally and the rest of the world, makes Israeli military action more likely. At least until there is a new resident in the White House, that military action will likely be undertaken without the best available bunker-busting munitions.

Unfortunately, it seems that Israel—and the majority of Americans who understand that the JCPOA is a disaster—will need to ride out the Obama Administration and hope for better in 2017.

Jonathan Greenberg is an ordained reform rabbi and the senior vice president of the Salomon Center for American Jewish Thought. An expert in Middle East policy and former staffer at the American Israel Public Affairs Committee, you can follow him @JGreenbergSez. 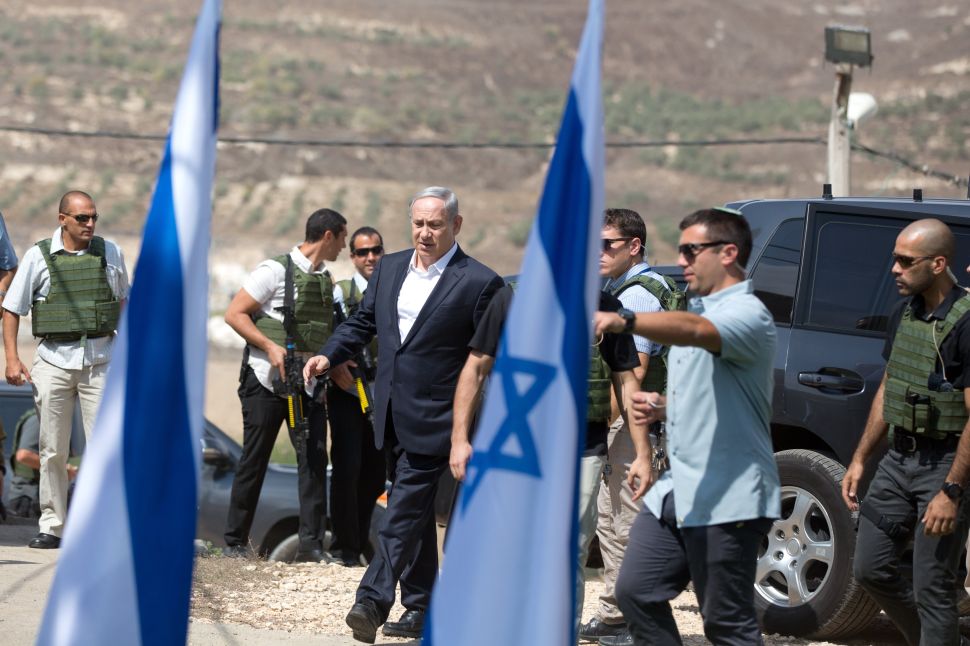