Go outside. Stare at the stars. If you live in Manhattan, just pretend, because neither the moon nor the ersatz golden shoulders of the Woolworth Building will do the trick. You have to be looking at something outside the solar system.

If you gaze for just a minute or two, you can actually detect some movement; you’ll realize the stars are a little higher or lower than where they were just a moment earlier, or a smidge to the left or right. Then, remind yourself this: the stars aren’t moving; the planet is. The planet you are standing on has moved. It never stops moving. The most fundamental elements of your stability are an illusion. That goes for you, the guy driving the car that just went by, Bernard Sumner of New Order, Match Game cutie-pie Patti Deutsch and everyone else.

When I was younger and had a ravenous appetite for information about new bands, British music and punk rock, I hungrily devoured publications like Trouser Press, The Village Voice, Slash, NME, Melody Maker and Sounds (then, as now, Rolling Stone was not an option). On Tuesday evenings, my friends and I would go to Bleecker Bob’s (this is when that legendary record store was just off of Eighth Street, back when it seemed impossible to us that the Village could get busier or more obnoxiously commercial than the relatively placid shoe stores and Greek diners of Eighth Street) to await the delivery of new British weeklies. The idea of waiting until the next morning for news about The Jam, Department S, The Modettes or Teardrop Explodes was simply unthinkable.

Today, there’s little distinction between thinking about an artist and hearing them.

Virtually all those founts of magical music news have vanished or been fundamentally transformed. They were replaced, usually for the better, by new print and online media sources. Even if we lost some of the brand names that assisted in shaping our self-identity—and that’s a very important aspect, I confess—the portals to the cool mecca of underground culture not only remained open and available to us—they grew bigger, wider and simultaneously more inclusive (information for everybody!) and exclusive (everything you wanted to know about Thai garage punk!). Even if we lost the T-shirt—no longer would anyone stop us on the F train and talk to us because we were reading an issue of Trouser Press—we gained the whole T-shirt store. Today, there’s little distinction between thinking about an artist and hearing them.

Now, news comes that a major mega-media conglomerate is swallowing up one of the most fundamental Minarets calling huddled new-music masses to prayer. Pitchfork, the ecstatic and exhausting Hajj of alternative music for 20 years, has been acquired by Condé Nast Media. Condé Nast insists the integrity and character of Pitchfork will remain unblemished, but who knows what that means.

The utter time-stealing ubiquity of the Wide World Nebberwit means that even the most radical alternative sounds can be summoned on my computer, even if they’re just a rumor. This kind of plurality means if the post-Condé Nast Pitchfork begins to falter or becomes a sad sequel to itself (say, Joey to the original Pitchfork’s Friends), someone else is going to come along to collate all of the everything and everything of the all that is out there. I promise. The very mass and endless boundaries of the Webbernit dictates that things arise to systematize it sensibly.

Ask someone older than you, say someone old enough to care who Uncle Floyd was and not care who Dave Grohl is, if they could ever imagine a time when they wouldn’t rush to pick up the Voice to see everything that was going on in town. Well, that time vanished a long time ago, and you know what, we lived. Things change. You’ll be fine. If a really cool band called 99942 Apophis or Ra: Apep, the Uncreator or The Sepheryn comes along, you’ll hear about it, and you’ll probably read about it on a blog site or in a magazine you’ll grow to love and trust.

I understand part of the problem is you want to identify yourself as a Pitchfork-type person, a member of a tribe; listen, not only will you find another Pitchfork (if the new ideation isn’t satisfactory), but more importantly, your allegiance to Pitchfork and the fact that you care so much about it’s potential defenestration means you are already a member of a very powerful and important tribe, one that will support you, engage you, and find you (if it hasn’t already):

You are a member of the Kingdom of Outsiders.

We are a hearty tribe, we residents of the Kingdom of Outsiders. Of course we will mourn the loss of our jesters, broadsiders and balladeers, but we will still find our way to the dark and bright heart of the underground, whether it be sweet, cynical, sneering, droney, funky or folkish, whether it’s halo’d with harmony or gripped by guttural sneers, whether it’s strummed by Strats, plucked by ukuleles, or slid, sliced and sluiced by DJs. If you were born to hate the music of Middle School and born to swim in the deep end of the left side of the pool, if you have been compelled since before those hairs down there grew, to shriek to lover, friend, and stranger, “Oh my God, you have to hear this!”, I assure you all the beautiful sounds of the non-mainstreamed, streamed or non-streamed, will find you.

You, the princes and princesses of the Kings of Outsiders, the scions of us elders who scraped our knuckles on the sidewalks outside Bleecker Bob’s and Second Coming and Sounds and Schoolkids and Texas Hotel, you will always be a nation without a zip code, and you will always have each other, and you will always find your way home, with or without Pitchfork. I promise. 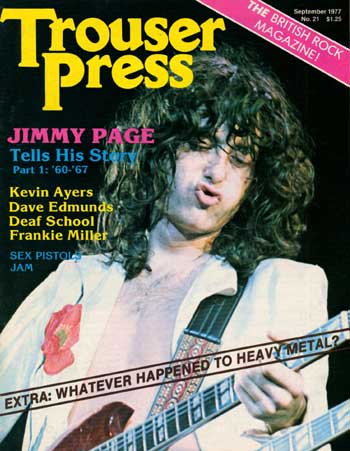