Mayor Bill de Blasio is hitting the churches of East New York to try to push his rezoning plan, The New York Times reports. The plan has stirred wariness and discontent among many neighborhoods, where locals fear that rents will rise after their areas are targeted as affordable housing havens for the rest of the city. “We don’t know if what he says is going to work, and if it doesn’t work, what are you going to do about it?” asked one man.

And on the Lower East Side, residents are protesting the construction of Extell’s luxury condo tower on the site of the former Pathmark, the area’s only grocery store, according to Gothamist. David Tieu, of the Coalition to Protect Chinatown, complains that the mayor has ignored the neighborhood’s plight after promising to end the tale of two cities. The project does include an affordable component, but…

…as the 91,000 applications that the city recently received for 235 subsidized units at luxury development Sky at 605 W. 42nd Street illustrate, the smattering of affordable units that are created by new development is so far below the demand as to be laughable. The units, in these cases, have been reserved for households making between $31,132 and $51,780.

Meanwhile, on the other end of the economic spectrum, Zaha Hadid has this to say about the luxury condo tower she’s designing for Related at 520 W. 28th Street, where prices range from $4.95 million to $50 million. Via The Times: “The multiple layers of the public realm of 28th Street and the High Line are conveyed in the split levels of the building, which in turn are reflected in the woven chevron pattern of the facade,” she said. “This metal facade is handcrafted and carries the spirit of this industrial neighborhood.” Also, the bathrooms will have “electrochromic glass, which frosts over at the touch of a button for privacy.”

But can electrochromic glass and woven chevron facades compete with an eight-story, single-family, 12,000-square foot house that the Tribeca Ctiizen reports someone is building on the corner of Canal and Washington? It can be so hard for the ultra-rich to impress their friends these days!

A little bit further south, 20 Broad Street, the Downtown building that the New York Stock Exchange is vacating, will likely become luxury rentals. Crain’s reports that Matthew Berman, known for his office to rental conversions, has bought out a leasehold that will give him a controlling interest in the building until 2081: “Vornado had leased the entire building from the New York Stock Exchange until 2081, when NYSE will have the right to take back control of the 1950s-era office property. That means Mr. Berman will have plenty of time to transform the building and operate it as a rental for decades.”

This is interesting: YIMBY is not known eulogizing demolished buildings, but the pro-development site has published a history of the Bancroft Building, which stood on 3 W. 29th. A mixed-use HFZ Capital project will rise there instead.

As is this: a bicycling Harlem software engineer has repeatedly tried to sue UPS over its habit of parking in bike lanes, according to DNAInfo.

And this! Central Park has a hidden cave in the Ramble. Alas, after attracting trouble for some time, Atlas Obscura reports that it is now closed off.

Is Pacific Street the new gold coast for Brooklyn real estate? The New York Daily News claims that it’s so. 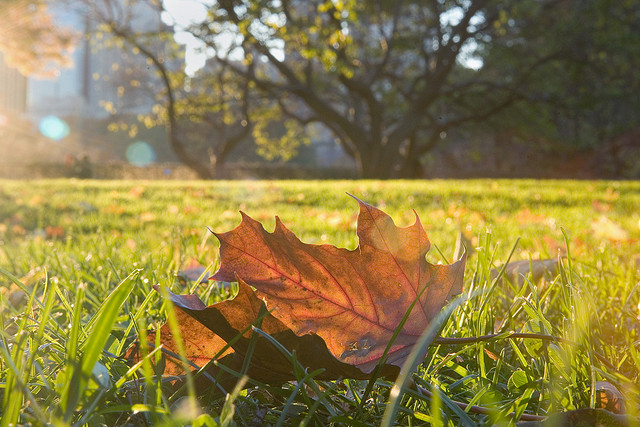