The city and the state finally reached a deal to fund the M.T.A. Capital Plan this weekend and months of wrangling and accusations over who was leaving the transit authority in the lurch, according to The Wall Street Journal. Under the terms of the agreement, the city will commit $2.5 billion to capital projects; both the state and the city also agreed not to divert or fail to provide any committed funding. The dispute, they note, has already stalled projects planned for this year and threatened to further delay the Second Avenue subway completion and East Side access.

Meanwhile, a Chicago court ruling could have implications for Uber and the T&LC in that it might subject Uber to some of the same restrictions faced by medallion owners via an equal protection determination—i.e. setting taxi fares and the model of cars that can be used, Crain’s reports. Though it would not likely stop Uber from picking up e-hails, as taxis are also allowed to do so.

For those who can’t afford (or don’t want) to cab or Uber everywhere, bicycling is a more viable option for getting around than it ever was before, with some 1,000 miles now in the city’s bike network, in addition to a more robust Citibike network, via The Wall Street Journal, which points out that it’s still fairly difficult to stay in the bike lane due to the number of cars and trucks illegally parked there.

Jersey City is proposing to legalize Airbnb, taxing hosts the 6 percent tax paid by hotels and other legal lodgings, The New York Times reports (after making the dubious claim that the small city is seen by tourists as a “less-glamorous mini-Manhattan.” As to whether this is a positive or a negative thing—and how much it could expose the city to litigation for collecting taxes on lodgings that are not held to the same health and safety standards as hotels—remains to be seen.

More luxury condos are coming to the West Village, The New York Times reports. The Shepard “will open in 2017 with 38 apartments, with prices from $4.35 million for a two-bedroom to $29.5 million for a nearly 6,000-square-foot penthouse.” The only hindrance to the dominion luxury is a dozen rent stabilized tenants who still live in the 1896 warehouse and will have to be bought out or worked around by the Naftali group.

Another hindrance to the dominion of luxury has been removed from Soho: Spring Studio, an art studio, is the latest longstanding institution to get pushed out of the neighborhood, according to The New York Times. Says the owner of the neighborhood’s now almost total transformation: “It got to be a sign of wealth rather than a sign of struggle, to have space,” she said. “Artists need space to make art. But people with money wanted space for consumption, and they got the art. It’s like eating your enemy’s brain. You have everything — art and money.”

A new report on the gentrification around NYCHA projects finds that it hurts, not helps, tenants there, The New York Daily News reports. “NYCHA residents could be priced out of new private amenities and new, higher-income neighbors may not contribute to accessible community resources”—i.e. tenants often cannot get jobs at the new upscale jobs in the neighborhoods, new residents are often unwilling to send their kids to the local public schools and “they find the mom-and-pop restaurants, retailers and Laundromats they’d patronized for years are soon replaced by upscale versions they can’t afford.”

Flushing has seen a development boom of late, albeit a less gilded one, as a surge of upscale residential development stokes demand for more retail, according to The Wall Street Journal.

The city should stop giving subsidies to affordable housing developers whose units will turn market rate in a matter of a few decades, the Association for Neighborhood Housing and Development argues in a new study, via DNAInfo. “Up to 30 percent of HPD’s and the city’s Housing Development Corporation’s subsidies are spent on preserving the affordability of existing projects, money that could be saved by making projects permanently affordable in the first place, according to the paper.”

On Oct. 17, you can visit the historic brownstones of Bed-Stuy during an open house tour of 12 different locations, DNAInfo reports. 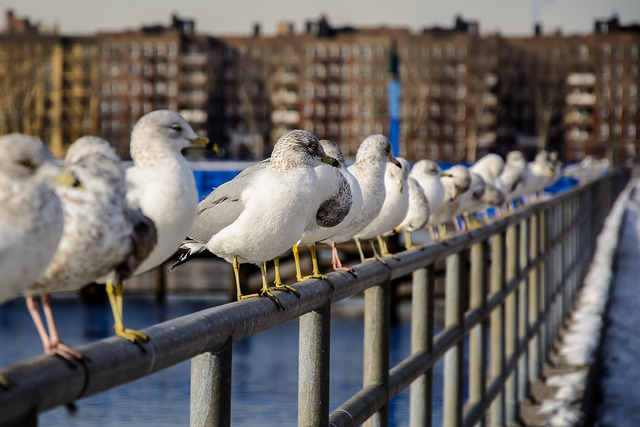