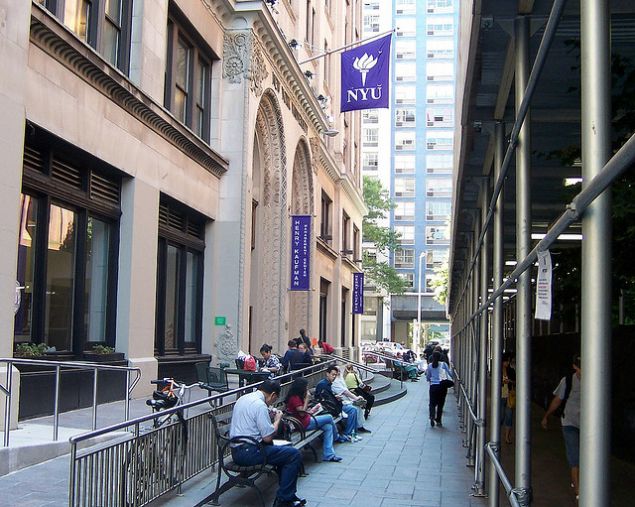 NYU accepted more students than they had housing for this fall, so they’re putting some of them up in $300-a-night Affina hotel rooms, The New York Times reports. “Anton Sorkin, a 19-year-old sophomore studying business and Russian, was among them. The hotel room he shares with a roommate is outfitted with two double beds, a desk, a flat-screen TV, a coffee maker, a two-burner Miele gas cooktop, a microwave, and an iPhone docking station. Housekeeping comes twice a week to clean the room, change the sheets and refresh the bathroom, including changing the towels and refilling the shampoo and conditioner, which are dispensed via pump bottles.” “What other options were there out there?” NYU wrote to The Times in an email. “If you know of any, please let us know!” Not trying to increase enrollment every year might be one.

One of the persistent challenges for the homeless is keeping important documents and medications without a steady place to live and several homeless people living in East Harlem claim that the NYPD threw out their birth certificates and medications during a raid earlier this month, Gothamist reports.

The cost of housing the homeless, meanwhile, has skyrocketed, from $604 million in 2007 to $976 million in 2014, according to Gothamist. Which raises the question of how, exactly, the city’s real estate boom has benefited the population more broadly.

Tenants in Crown Heights are irked that the Swedish investment firm which recently bought their 200-unit rent-stabilized building have thrown resources into landscaping the courtyard but not fixing their leaking ceilings or broken heat, Gothamist reports. “Instead of hiring new landscapers you could have put that money into repairs that need to be done,” complained one tenant. “Because it’s almost winter. We’re not going to be out there kicking it and throwing barbecues. But inside we’re trying to use our bathrooms and showers and heat up our rooms and stay warm.”

Brooklyn’s health outcomes are as divided as its income levels; while some neighborhoods exhibit health and wellness on the level of Manhattan, Brownsville residents, for example, live on average 11 years less than those in the Financial District, according to Crain’s. “This is not because residents of Brownsville are dying of unusual diseases, but because they are dying of the same diseases—mostly heart disease and cancer—at younger ages and at higher rates,” Health Commissioner Dr. Mary Bassett wrote in the introduction to the report.

Meanwhile, juice chain Organic Avenue shuttered its 10 Manhattan stores on Thursday, Crain’s reports. The juice market is not, as it happens, quite as juicy as it seemed; or could the fad for $8 juices be going the way of fro yo?

Half of the Atterbury mansion, a ultra-luxe condo redevelopment of a townhouse and adjoining properties on the Upper East Side, has sold for $45 million, according to The Wall Street Journal. The 10,000-sqaure-foot unit comprises the first four floors of the former mansion. Developer Daniel Strauss had originally considered listing the unrenovated mansion for $32 million, but quickly thought better of it.

Finally, the Dursts aren’t the only ones peeved by former Westchester DA Jeanine Pirro’s provocatively titled book “He Killed Them All” due out next month. The New York Times reports that her original collaborator, Lisa DePaulo, is also suing, claiming that Ms. Pirro had “little regard for truth and accuracy” as she directed the writer to “describe events and circumstances that never occurred and to aggrandize” Ms. Pirro’s “role in the story at the expense of the truth.” 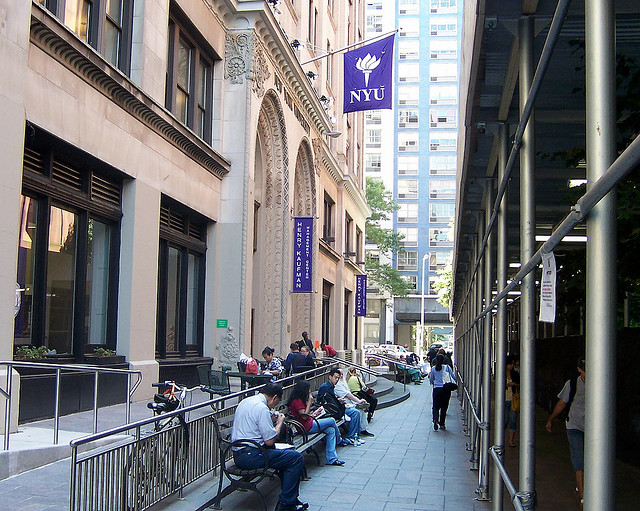