Twenty months in as the chairwoman as NYCHA, Shola Olatoye has gotten a true sense of the intractability of the public housing agency’s problems, Crain’s reports. Problems as simple as doors that don’t lock have proven hard to fix: “Locks are routinely broken not only by criminals who use the properties to shield illegal behavior, but also by residents lacking keys and patience.” Even recycling has been a challenge: “all developments are not expected to have bins until the end of 2016, more than 27 years after it was mandated for all city households.”

But the city desperately needs to keep public housing going when West Village co-op studios that do not appear to have been updates since the 1920s are selling for $550,000, via Gothamist. As they note, the apartment looks like it belongs in Saw or at least in the portfolio of a heavy-handed set designer more than the half-a-million dollar asset class.

Speaking of things built in the 1920s: for $80 million, the Vanderbilts have refinanced the office tower at 501 Madison that paterfamilias Cornelius built, according to Crain’s. The family took out a $60 million construction loan to renovate the property and lease it up fully, meaning they probably netted some $20 million in profits.

And how does one give a grand old Hollywood manse built in the 1920s or 30s a sheen of distinction in a city where celebrities are as common as tap ? It can be a challenge, The Wall Street Journal reports, and not only because of the high saturation of star power and claims that “don’t always match the public record, but because “in today’s market, the well-heeled Los Angles buyer frequently wants something bigger—much bigger—than a Hollywood mansion from the 1930s.”

Meanwhile, the West Village townhouse at 88 MacDougal Street dates to the 1800s and is unlikely to be torn down anytime soon. It has been fully renovated into a “magical” state with a super sterile kitchen and a retractable roof for “stargazing” Curbed reports. And for $16 million, something magical would actually have to happen for us to partake of the property’s enchantments.

Or the enchantments of most of the city’s townhouses, most particularly Brooklyn’s. Last quarter, the borough’s average sales prices was $856,000—nearly a million dollars and an 18 percent increase from the year before, according to Brownstoner.

Councilman Antonio Reynoso is the rare voice of reason when it comes to the foolhardiness of muddling transit planning and community boards. As Gothamist reports, he’s wisely speaking out against the parking lost for bike lane complaint: ” ‘In cases where the evidence shows that [DOT planners are] gonna absolutely improve safety, we shouldn’t be asking for anyone’s opinion. It’s like, the police officers asking community boards whether they can go to the street to provide safety. Who asks for that?’ ”

Maker industries not making it: 3-D printer MakerBot is laying off 20 percent of its staff—its second major layoff of the year—and relocating its R&D staff from Industry City to Downtown Brooklyn, Crain’s reports.

The city plans to spend $1 million on ads promoting the rent freeze enacted this year for rent-regulated tenants; the timing roughly coincides with townhalls on affordable housing that the mayor will attend, according to The New York Times. “The ads, which will start appearing this month in newspapers and on the subway system, as well as on radio and online, are meant to raise awareness about the new rent guidelines, which took effect this month, and to prevent tenants from being overcharged.” And…we’d guess, might also be something of a mayoral popularity play?

Real estate agents have always been independent contractors. Now, for the first time, they’re actually acting like it, The Wall Street Journal reports in “The Rise of the Mercenary Real Estate Agent,” which looks at how many agents don’t think twice about jumping ship for the first nice deal that comes along. “In a 2014 survey of 6,750 members of the National Association of Realtors, a national trade organization, 30% of agents said they have been with their firm for a year or less, a jump from 18% the previous year.” 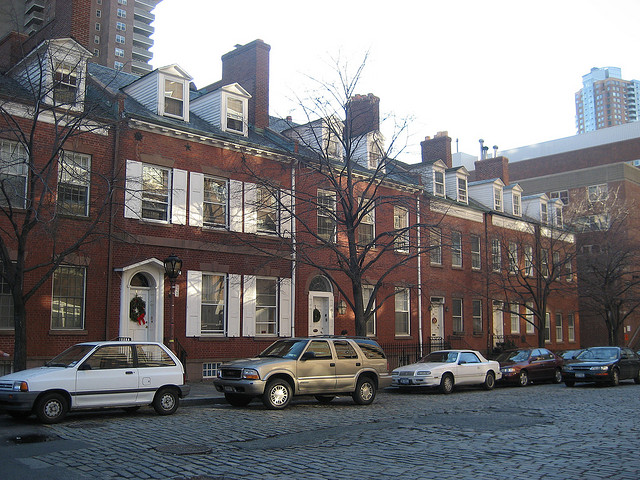