Last year, tenant attorney David Rozenholc netted two hold-out tenants $25 million to leave a Hudson Yards development site that Tishman Speyer wanted to build on. Crain’s reports that the tenacious tenant lawyer has earned a grudging respect among developers for his creativity and expertise. For example, that $25 million payout? The building wasn’t even rent stabilized.

Meanwhile, Related has bought out a McDonald’s at 34th and Tenth Avenue, Crain’s also reports, clearing the way for a megatower to rise at the site. “The fast-food restaurant’s corner lot is the final parcel the developer needed to build a mixed-use development of up to 3.3 million square feet. Related has spent about $200 million during the past seven years acquiring all the other properties on the block bounded by 10th Avenue.”

Tenants in Crown Heights won the right to stay in their apartments after developer Yoel Goldman bought a portfolio of 14 Crown Heights apartment buildings in the spring of 2014 and jacked up the rents in violation of an affordable housing agreement the buildings had with HPD, Crain’s reports. But all is not well: “The landlord withdrew the increases, but lawyers representing tenants and affordable-housing organizations believe the buildings are now overleveraged and at risk of falling into disrepair.”

The Landmarks Preservation Commission will hold the first of four hearings Thursday to clear a backlog of 95 items. Among those up for removal are a refurbished house on City Island, according to The Wall Street Journal, and the possible Douglaston historic district in Queens, according to The New York Times. The majority of Douglaston residents, however, would be happy to see the consideration go, favoring property rights over preservation.

The Manhattan “Lowline” is still several scientific advancements and tens of millions of dollars away from happening, but now the Bronx wants one, too, according to NY1. Oh, what the High Line hath wrought.

A second body, that of Francisca Figueroa, has been found in the rubble of the Borough Park building explosion, DNAInfo reports. Thirteen other people were injured.

New York didn’t get a hurricane, but Rockaway has been getting some big, stormy swells, which the surfers love, according to Gothamist. 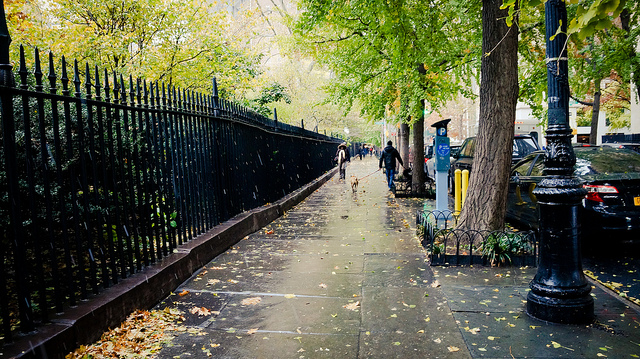