Martin Shkreli, CEO of Turing Pharmaceuticals, quickly became one of the most hated people in America last month after purchasing the rights to the 62-year-old drug, Daraprim, and increasing the price from $13.50 a tablet to $750; over a five thousand percent hike.

Daraprim, the generic version of the pharmaceutical drug Pyrimethamine, is used to treat toxoplasmosis – a parasitic infection most common among those with compromised immune systems, such as HIV/AIDs patients. Left untreated, it can cause death in one to four weeks.

Mr. Shkreli defended the hike, claiming the the drug was “still underpriced, relative to its peers,” in an interview with Bloomberg TV on September 21, 2015. Politifact rated the claim false, as Mr. Shkreli misleadingly defined the drug’s peers as cancer and rare disease drugs. Those drugs are most commonly under patent, and Daraprim’s expired in 1953. Anyone can legally make Daraprim—but for now, Mr. Shkreli controls a drug that is needed by 2,000 patients annually.

Mr. Shkreli is treating a life-saving pharmaceutical drug like a stock to be acquired and sold at a quick, high profit.

According to the BBC, “In 2006, Mr. Shkreli started his own hedge fund, Elea Capital Management. The fund closed a year later, after a $2.3m lawsuit from Lehman Brothers, which collapsed before it could collect on the ruling. After Elea, Mr. Shkreli started MSMB Capital Management in 2008. The fund would be his launch pad for founding biotech firms including Turing.” Mr. Shkreli was ousted as CEO of the biotech firm he co-founded, Retrophin, which filed a $65 million lawsuit against him in 2014 claiming he opened the firm to payoff investors from his old hedge fund. He established Turing Pharmaceuticals earlier this year.

Mr. Shkreli reacted to criticism as an-over privileged elite would: childishly, tweeting Eminem lyrics, and excusing the hikes as a means to make the drug profitable.

Criticisms prevailed—the only viable reason Mr. Shkreli purchased the drug was to make money on something that has been around for over sixty years and saves the lives of predominantly HIV/AIDS patients, prone to the parasitic infection.

After a few days losing the battle by taking the offensive, Mr. Shkreli backtracked, announcing in an interview with ABC News, “We’ve agreed to lower the price on Daraprim to a point that is more affordable and is able to allow the company to make a profit, but a very small profit.” Mr. Shkreli did not define the exact price it would be lowered to, and in two weeks since the announcement, the price of the drug has yet to be altered–despite the initial price hike after its acquisition taking only a couple of days to set in.

His tactics to gain a profit are unethical, highlighting a pervasive trend among pharmaceutical companies to significantly increase drug prices to turn a profit in the United States, while the same drugs are sold for a fraction of the price elsewhere. Mr. Shkreli is treating a life-saving pharmaceutical drug like a stock to be acquired and sold at a quick, high profit. His announcement to lower the price of Daraprim was merely a tactic to placate the critics opposed to his business practices. He has shown no devotion to changing those practices, because that is how he makes millions.

Mr. Shkreli is not a doctor and has no medical background. His education and experience in finance provide him the skills to make significant sums of money. His entrance into the pharmaceutical industry is not out of philanthropy or desire to benefit the common good–it is to make money swindled in bulk from those plagued by life-threatening illnesses with no alternatives for treatment.

The public disdain for Martin Shkreli has been fueled by the outrage of his morally reprehensible actions, and the only way to stop people like Mr. Shkreli from making egregious profits off medical drugs is to enact reforms protecting consumers. Corporate pharmaceutical profitability should be held accountable and legislators should be set to vigorously improve upon them. Martin Shkreli’s misdeeds should not merely be scoffed at, but should inspire people to action, pressuring positive changes in this industry with relentless force. 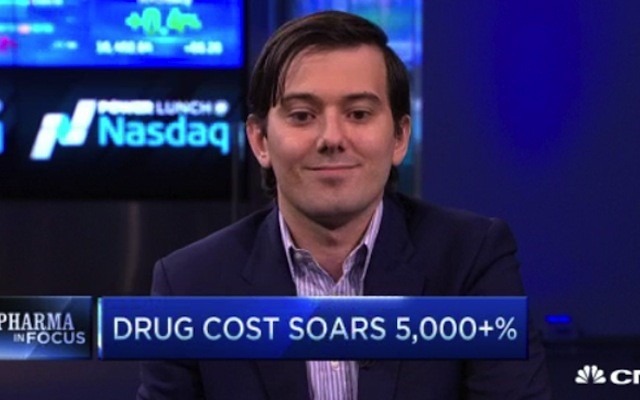