Earlier this week, we learned about a potential new app called Peeple that sounds like the worst idea anyone has ever come up with. Basically, if it turns out to be real, it would allow users to review people they meet as if they were businesses on Yelp. Sound like a recipe for disaster? The internet, by and large, agrees. The idea is so toxic to so many, Yelp had to put out this tweet, assuring that they had nothing to do with it.

Perhaps the biggest problem with the app is that you would be able to create a profile for someone else.

This is a real app. It needs not to be. #peeple pic.twitter.com/QpeDnwhujp

And once someone puts you on Peeple, it’s not easy to take your profile down. Though that did give at least one guy a great business idea.

@bombsfall I'm founding a new startup, 'violating the peeple terms of service as a service' pic.twitter.com/7H3EylehEf

The guy in the #Peeple promo picture is rated at 3.5 stars and the creator is grinning. This is horrifying. pic.twitter.com/tDAYcaSBQc

So it’s not surprising that most people have a less than charitable few of the app’s creators.

Shout out to the two co-founders of #Peeple for loving us "enough to give you this gift" pic.twitter.com/1VV3g2SNNA

Or the “service” the app provides.

hey #peeple, i fixed your logo for you pic.twitter.com/ko1G8iFKwx

#Peeple: Because everyday life should be a horrifying minefield.

Say what you will about Peeple, but at least their press materials are honest. That's a rare virtue. pic.twitter.com/iYZUGWPnM6

The best part about all this though? Once people started broadcasting their distaste on Peeple’s Facebook page, the founders decided that they didn’t like unsolicited reviews. Funny, huh?

(Also, crowdsourcing to figure out how to use Facebook? Not a great look for a tech company. Just saying.)

Wait, you're upset that someone wrote something about you without running it by you first? Irony just died. #Peeple pic.twitter.com/885UThdUxE

The #Peeple founder doesn't seem to be enjoying the public's scrutiny of her. It's like she's uncomfortable with strangers rating her…

Now, there is a chance the whole thing could be a hoax. An article on Snopes points out that Peeple apparently didn’t exist until August 2015, which makes the app’s advertised release date of November 2015 seem a little unrealistic. There’s also very little detail about how the app actually works. Still, though the details about the app’s legitimacy are murky at best, there’s no real evidence that the whole thing is a hoax either. It’s entirely possible this is a real thing that human beings came up with.

It’s not even that new an idea. The idea has been done before on It’s Always Sunny in Philadelphia,
http://always-sunny-aso.tumblr.com/post/130285583481/peeple-sounds-pretty-familiar

It even predates the smartphone

Peeple sounds like a modern day Slam Book. And anyone who read this classic knows such things always end badly. pic.twitter.com/xCne6kXDkv

And someone else has definitely thought of it before.

My 8-yr-old already invented #Peeple. This is going to court. pic.twitter.com/nXkTjqDqRI

But hey, if it does turn out to be real, maybe it won’t be so bad. There are certainly ways to use it to your advantage. Either to make money,

Or just getting people to leave you the hell alone.

if peeple actually becomes a thing, i want everyone to give me terrible reviews, so that nobody will try to talk to me ever again 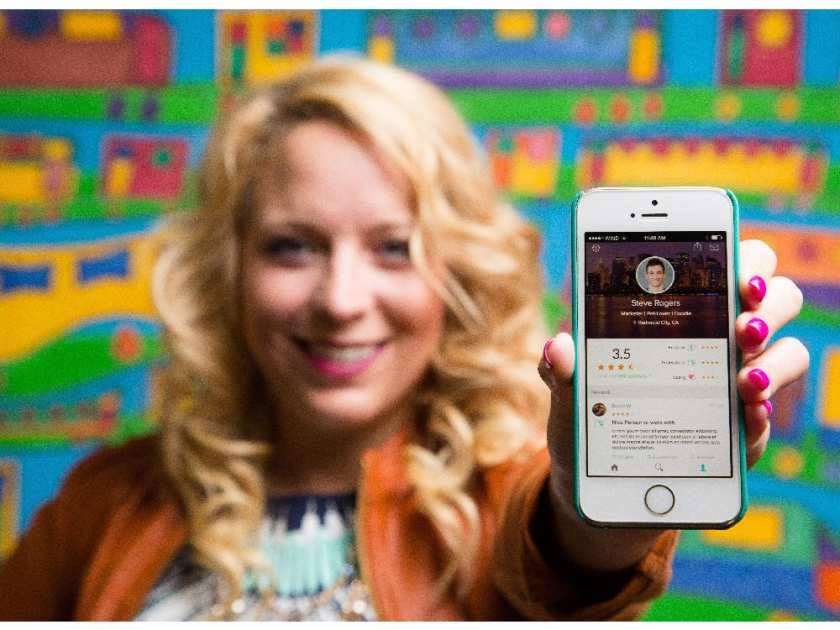