After almost a month, a petition in support of “strong crypto,” or a secure Internet with no back doors, has reached the 100,000 signature threshold needed for a White House response. The appeal was co-sponsored by 22 organizations, including Twitter, Facebook and Google.

The petition, whose signatures were submitted to the White House “We the People” site, contends that giving the government access to encrypted information will put data and infrastructure at risk. Congress and the FBI claim they need this information to prevent terrorist attacks.

The group putting forth the petition wants President Barack Obama to support uncompromised Internet security, including strong encryption, and to reject laws that undermine it or pressure individuals to give up data.

“These proposals jeopardize not just our private data, but the security of every technology that relies on this encryption,” the petition states.

It was slow going for the petition at first—after one day it had fewer than 1,000 signatures. But over the last month support steadily grew. The next step is to get 370,000 signatures, which would make this the most popular White House petition ever.

Many of the mandates the petition is against could soon become law. The Cybersecurity Information Sharing Act (CISA), which makes it easier for companies to share information about online threats, is poised to pass the Senate this week. 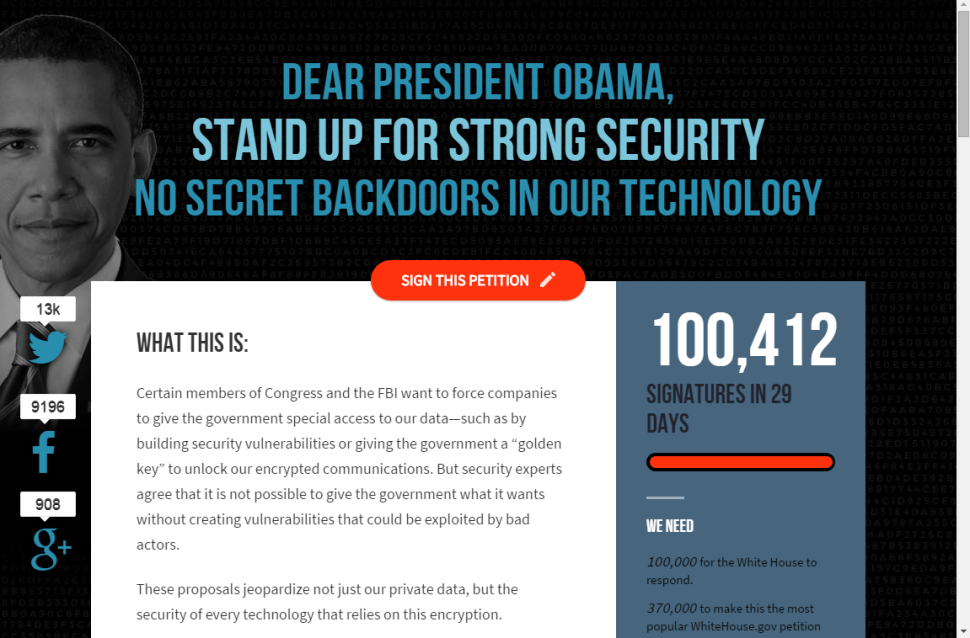