If you think you might ever need to have a truly private email conversation with anyone ever, then you need to start exchanging encrypted messages with people right now about banal day-to-day life. Here’s why: if anyone ever does suspect you of something and begins spying on you, if the only encrypted emails you have sent are about whatever it is you’re trying to keep secret, they will jump right out at the trespasser. That itself will be a clue.

If you’ve got lots of encrypted emails in your mailbox from all kinds of people, they won’t know where to start.

For all the news about security lately, you would think that it’s impossible—just impossible—to avoid getting your private communications seen by outsiders. That’s not so, though. Even the NSA can’t hack emails if users encrypt them the right way. One of the longstanding methods that give malefactors a headache is PGP (which stands for “Pretty Good Privacy”). You’ve probably seen those words around, right? Edward Snowden wouldn’t email with Glenn Greenwald until he started using PGP.

It is in our power to communicate with each other securely. Today, I am going to walk you through setting up PGP on a Mac (though it is pretty similar for PC–I have done both). I need to be using PGP more myself, but the problem is: I can’t do it alone. I also hope to convince many of you, reading this, just to go ahead and get set up with PGP right now. Don’t wait till you think you need to keep something private. Just do it.

The big problem with PGP (and really all encryption) is that it has be mutual to work. If I want to use PGP and you don’t want to, then our communication can’t be secured. So the more of us that do, and the better we get at it, the more routine it becomes and the less of our communications will be exposed to interception.

When you send an encrypted email, it looks like a jumbled mess of nonsensical characters. No one, not even a computer, can make sense of it. So do it if for no other reason than to futz with Gmail’s ability to mine data about you.

I’m writing this with the assumption that you want one simple, direct way to get set up. So, I am to going to skip some best practices because it’s better than nothing to get folks started using bare bones PGP. It’s much better, in fact.

You’re going to need three trusted and free programs to get this done: GPG Suite, Mozilla Thunderbird and Enigmail.

Step One: Download GPG Suite and Thunderbird and install them. This works like any installation works. The order they are installed doesn’t matter, but from here you can work entirely within Thunderbird.

The main difference for doing this with a Windows PC is you need an alternative to GPG Suite. I used GPA on my PC.

Step Two: Set up Thunderbird to work with your email. Select File > New > Existing Mail Account. Follow instructions. You may need to dig into whatever your existing email client’s settings are and find your SMTP server’s name and you IMAP or POP3 server names and copy those to Thunderbird. Don’t let these words intimidate you. It’s easy. It’s usually in something like “Account Settings” or “Options” in webmail or in Outlook or whatever client you might use.

If you’re already using Thunderbird, then you don’t need to download it again.

Step Three: Open Thunderbird and install Enigmail as an add-on. There’s a “three bar menu” / “hamburger icon” to the right of the Thunderbird search bar. Click on it. Click on “Add ons,” and search “Enigmail.” It will find it. Select“Install.” Once it prompts you to restart Thunderbird, do so. You’ll know it worked if “Enigmail” is one of your options in your menu bar upon restarting.

Step Four: In Thunderbird, go to Tools > Account Settings > OpenPGP Security. Check all the boxes. Some of these struck me as strongly worded, but I’ve tested it since with people who PGP and people who don’t. You can communicate with both with no problem. Click “O.K.” to close out this window.

Step Five: Enigmail should appear along your menu bar, if you installed it properly. Now it’s time to get yourself your first PGP key. So exciting!

If you already have keys but don’t know how to use them, you can just import it into GPG Suite. Open the program up and look for “Import.” There’s a bunch of ways to do it.

In Thunderbird’s menu bar, select Enigmail > Key Management, and make sure the box is selected next to “Display All Keys by Default” up top.

Fill out the boxes. Put a good, strong password in here, and write it down somewhere you can find but isn’t on a digital device that someone could hack and also isn’t like a Post-it on your monitor because (seriously) why are we even having this conversation then? Maybe a little card in your wallet? The comment field is optional. I put a date in there.

This might sound counterintuitive, but you should use your real name and email when making your key. This helps other PGP users find your public key so they can save a step in messaging you. Your name and email is not helpful at all in cracking the code, so use whatever you really correspond with.

Don’t think about it too hard, because it hurts.

You are now ready to exchange encrypted email.

Step Eight: Put the ID of your public key in your signature. This will help people to find the right one to email you at.

Wanna send some email? When was the last time you were this excited about sending an email? Oh man…

We have now reached the largest source of friction in the process. You need to have someone’s public key downloaded to your keyring before you can send them an encrypted email.

With the settings we picked above, corresponding with someone who has PGP will be pretty much as easy as sending email (you’re going to be asked for that password you wrote down, though). If you want to email someone in Thunderbird who doesn’t have PGP, you just click the padlock at the top of the window you wrote the email in, and it will go through like any other email.

Shoot me an encrypted email with your public key attached. Provided you did everything right, I will happily reply. In fact, take note: I will look more kindly on pitches sent encrypted by PGP.

I’m not going to lie to you: using PGP adds some friction.

Security is a bit of a pain—that’s all there is to it.

Encryption requires your habits to change, too. To email securely, you’re going to need to use Thunderbird, which is separate from your browser. I know we’re all in the webmail habit now, but when you write in webmail, you can assume your email host is, on some level, reading every word. Probably, even as you write it. So shift out of your routine from time to time.

There has been an enormous amount of ink spilled on the ways the various Internet services let us down, but the communication we all use the most, boring old email, is open for us to encrypt all on our own, without their help. So use PGP. The more of us that get set up with PGP, the more people we will find with whom secure communication is easy. 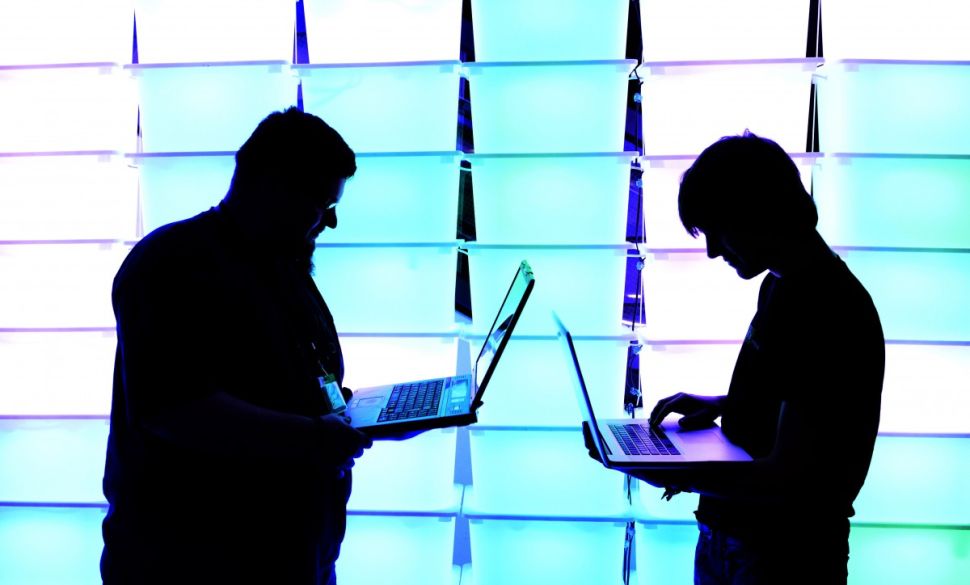