Sunglasses are the tried and true method of paparazzi shielding. Whether it be bloodshot eyes from a late night or a makeup free day running errands, standout eyewear can hide the unsightly from any prying camera lenses. That’s why notable Brits like Cara Delevingne, Pippa Middleton, and Harry Styles have taken a shine to Taylor Morris Eyewear.

The purveyor of top quality lenses, with the bulk of its wares sold at London’s powerhouse department store Harvey Nichols, began in 2013 with an eye for eccentric frames. The founders, Hugo Taylor and Charlie Morris, met when they were tasked with relaunching a well known London nightlife institution called Chinawhite seven years ago.

“To this day it remains one of the hardest projects we have ever taken on, but it was a great education for us both and solidified our friendship,” Mr. Taylor said during a recent visit to The States. The dapper gent also happens to be a former cast member of the British scripted reality show, Made in Chelsea. “We very quickly realized whilst working together that we both shared a huge passion for eyewear, both having large collections which we would always compare. It was on a beach in Ibiza in 2012 on holiday that we, after several bottles of rosé at lunch, started sketching ideas on a napkin and coming up with logo ideas and names. Everything came so quickly and naturally to us both from that lunch that we launched Taylor Morris exactly a year later with an exclusive partnership with Harvey Nichols. Was a dream come true!”

Apart from Ms. Delevingne and Mr. Styles, civilian Brits have been eager to get their hands on the shades, and soon New Yorkers will get a piece of the action too. “We are hopeful that spring 2016 should see us launch over there,” said Mr. Taylor. “We are currently launching in The United Arab Emirates and also in the Far East so it really makes sense for us to next be concentrating on the USA. There is such an appreciation for well-made products and interesting brands that we are very confident we can replicate the success we have in Europe.” 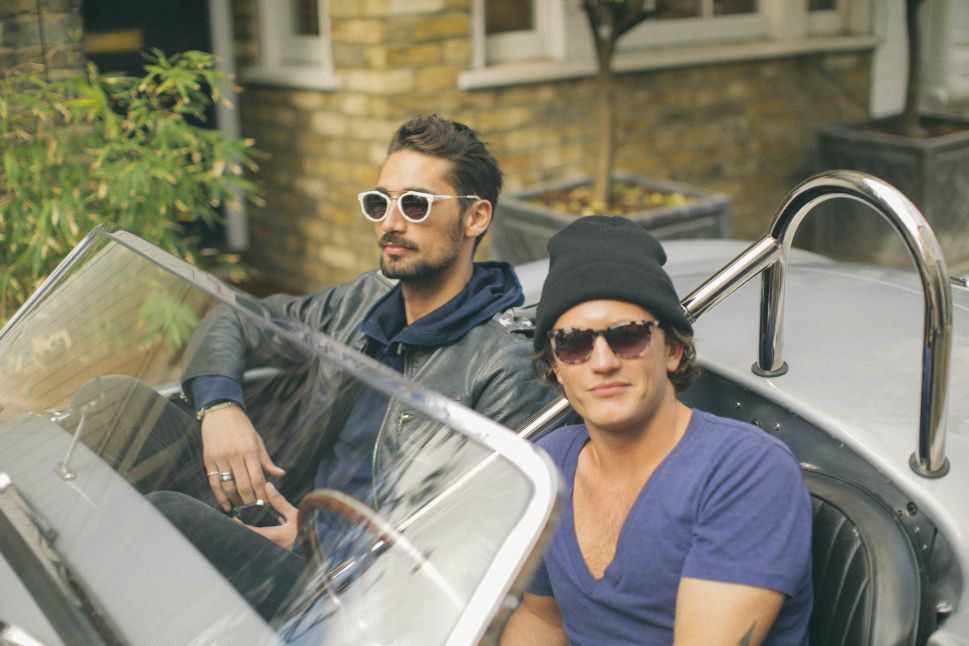